On this day in 1963, civil rights activist and then Mississippi state field secretary of the National Association for the Advancement of Colored People (NAACP), Medgar Evers was assassinated by a white supremacist.

Born on July 2, 1925, in Decatur, Mississippi, Evers served in the United States Army and was also a World War II veteran. 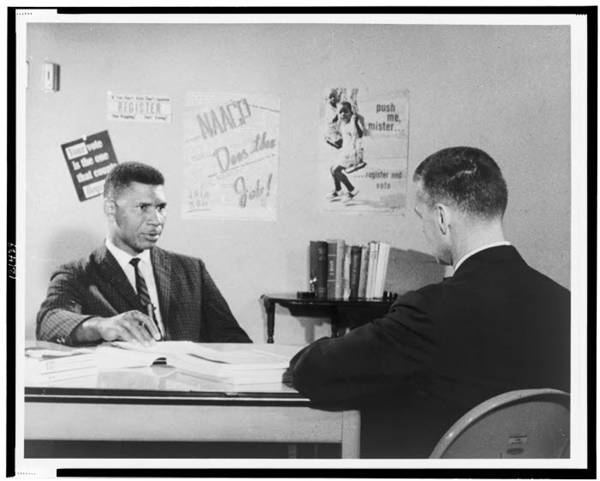 Medgar Evers in an interview — Photo Credit: Library of Congress

He is famously known for challenging and playing an instrumental role in helping overturn a segregation law at the University of Mississippi that allowed the admission of only white students.

Even though a 1954 United States Supreme Court ruling (Brown v. Board of Education) declared segregation of public schools unconstitutional, the University of Mississippi still denied Evers admission after applying to read law.

The rejection spurred him to fight for the university to be desegregated consequently helping popular civil rights activist James Meredith gain admission to the university in 1962. This made him the first African-American to be admitted to the University of Mississippi.

Evers’ role in overturning the segregation law at the University of Mississippi garnered him nationwide attention and also made him very unpopular and targeted by the White Citizens’ Council, a supremacist group that was established to challenge and resist the desegregation of public schools.

Due to constant death threats hurled at Evers and his family by white supremacists and KKK members, Evers at a certain point in time was guarded and escorted by the FBI and police. On June 12, 1963, Evers was shot and killed in front of his home by Byron De La Beckwith, a member of the White Citizens’ Council. Unusually on that day, Evers was not escorted home. 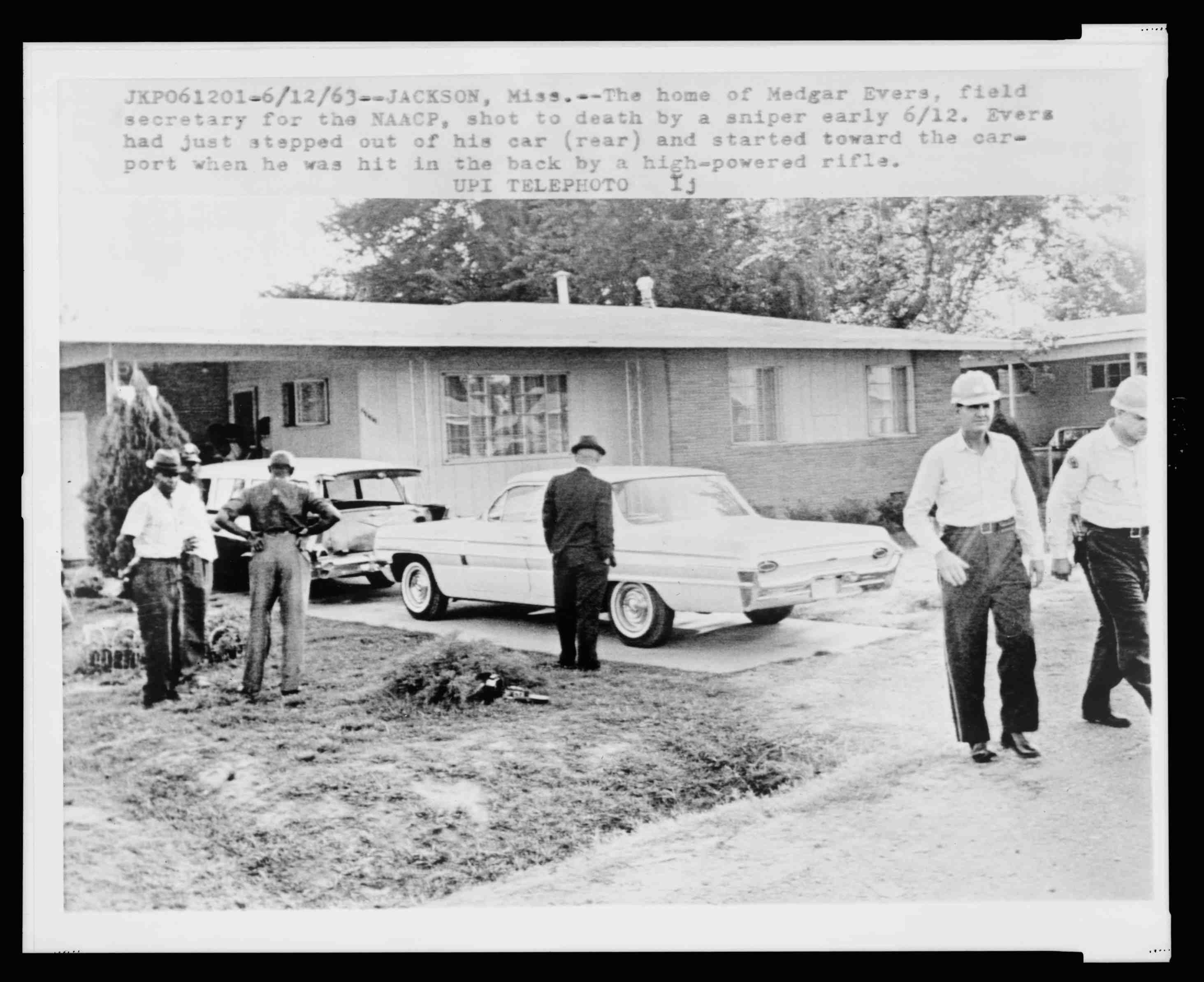 People outside the home of Medgar Evers following his murder by a sniper — Photo credit: Library of Congress

He was rushed to an all-white hospital in Jackson, Mississippi where he died. He was initially denied treatment at the hospital but after his family told the authorities who he was, he was attended to but it was a little too late. 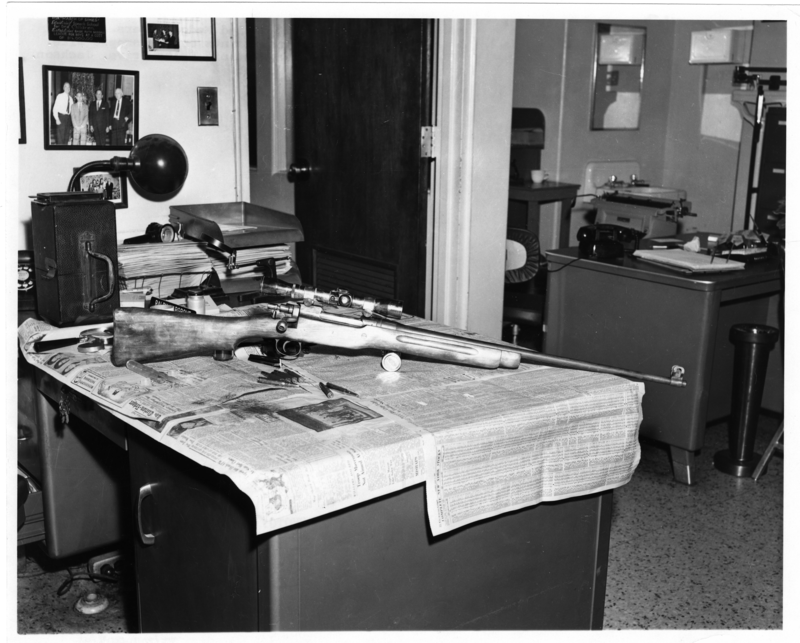 De La Beckwith was not sentenced for the gruesome murder thanks to a hanging all-white jury in the first two trials. However, in 1994, the case was reopened and he was tried based on new evidence. He was found guilty and sentenced to life imprisonment. 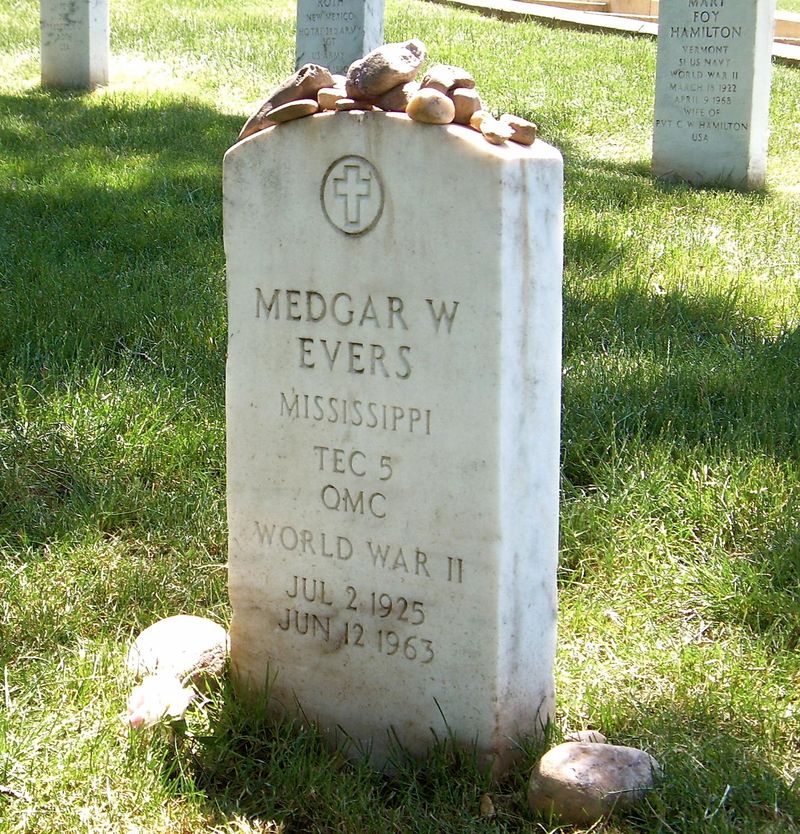 Evers has received numerous well-deserved posthumous accolades including statues of him being erected by the city of Jackson, Mississippi as well as his alma mater, Alcorn State University, a road in Jackson being named after him among others.