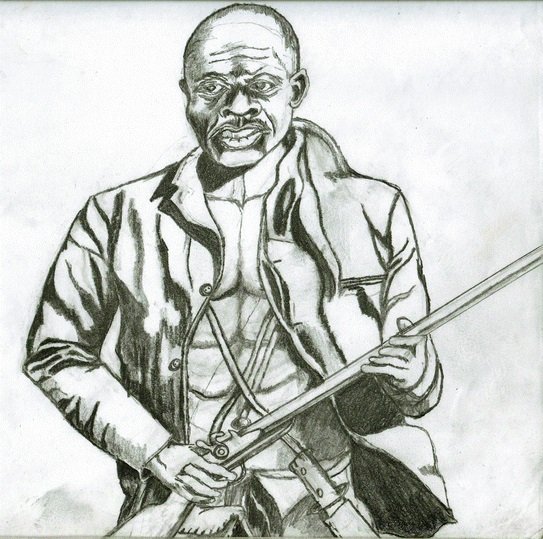 Cudjoe, who was named either Kojo or Kwadwo was born in Accompong Town, Jamaica in 1690.  He was described as having a lump of skin on his back that was often covered by a frayed coat. His temperament was labelled as being wild.  He was short and round.

Cudjoe’s father, Naquan was the frontrunner of a group of rebel slaves from Sutton’s Estate. An uprising at Sutton’s Estate led to the formulation of the Leeward Maroons.

Another group of prominence among Jamaican slaves of African Descent was the Windward Maroons.

The battle of the Maroons against British forces in 1730 was a result of the constant defeats faced by the British while attempting to conquer the slaves.

In 1739, Cudjoe was able to secure an agreement that established the Leeward Maroons as an independent state.  They were also given land as part of the deal. Cudjoe was also required to return runaway slaves and discourage future slave uprisings.

Cudjoe died in 1744 at Nanny Town in the Blue Mountains of Jamaica.