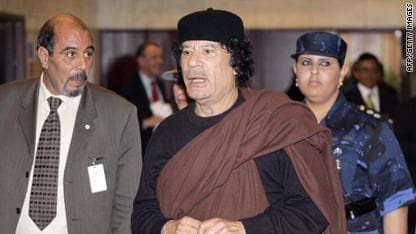 The ICC accused Gaddafi of crimes against humanity. The court has also issued warrants for two of Gaddafi’s allies: Saif al-Islam, his son, and Abdullah al-Sanussi, chief of intelligence.

Gaddhafi, however, has rejected the ICC’s ruling. According to Libyan Justice Minister, Mohammad al-Qamoodi:

"The leader of the revolution and his son do not hold any official position in the Libyan government and therefore they have no connection to the claims of the ICC against them."