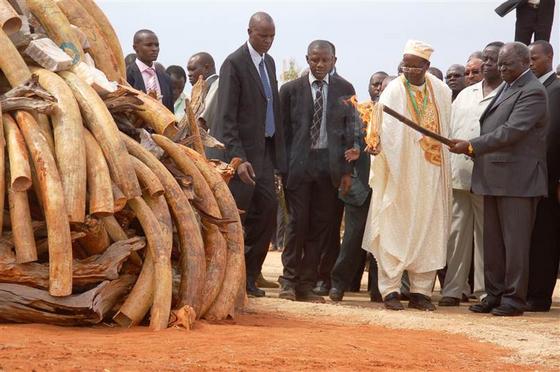 The president burned 335 elephant tusks and more than 40,000 ivory carvings, which were seized from smugglers in Singapore, according to a news statement by the Kenya Wildlife Service.

Hundreds of conservationists traveled to the country to highlight the ongoing fight against wildlife crimes, the statement said. The event marked the culmination of a week of conservation-themed celebrations that included the launch of a new African wildlife monitoring system. "Through the disposal of contraband ivory, we seek to formally demonstrate to the world our determination to eliminate all forms of illegal trade in ivory," President Kibaki stated.

As the world becomes increasingly aware of its carbon footprint, nations such as Kenya have also joined the movement of “going green.” Though it will not be easy to fight and monitor illegal activities of poaching, it is clear that this government has decided to not ignore the issue no matter how difficult it may be to handle.