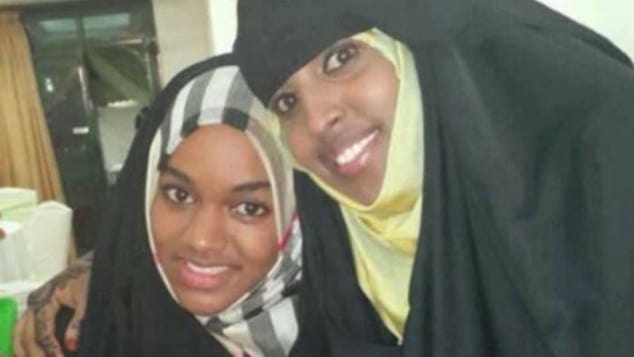 On the day the young women went missing, Salwa was reportedly visiting Tawfiqua at her residence, after they attended Islamic school nearby.

When it was reportedly time for Salwa to leave, Tawfiqua accompanied her friend out…only to never return.

With both girls nowhere to be found, the families led searches to locate them to no avail.

By May 17th, though, a text message seemingly sent by Tawfiqua to her cousin read, “Assalam aleykum cuz, how are you? Am now in Syria … Tell everyone not to look for me am doing very fine.

At the news, Tawfiqua’s mother, Rahma, fainted, telling CNN, “When I received the message, I was shocked. I fainted, and the entire family, who were with me, was also shocked and cried.”

And while the authorities now suspect that Tawfiqua and Salwa have joined ISIS, Rahma wants to know how her daughter left the country without a passport and identity card.

Police and some religious leaders say a growing number of young Kenyans are sneaking across the border to join foreign terror groups.

Security experts say Kenyans form the largest number of foreign recruits to al Qaeda-linked Somali insurgent group Al-Shabaab. They say extremist preachers prey on young Muslims who are searching for identity and a sense of belonging, and radicalize them.

On whether she believes Rahma has been radicalized, she says, “I don’t know,” she admits. “Maybe it is Satan who has changed her mind. Maybe people came and told her something — told her wrong stories, and tell her maybe this is good.”

Either way, Rahma’s plea is a universal one from any Mother, “I beg her to come back to me. Because as a mother, I am hurting.”