Today, June 19th, is Juneteenth. Also known as Emancipation Day, Freedom Day, and Black Independence Day in the United States, the day celebrates the freedom of some 250,000 enslaved people in Texas in 1865, some 153 years ago.

Although it is not the day slavery legally ended, it is the oldest known celebration honoring the end of slavery in the United States.

In fact, slavery had ended in 1863 by an executive order called the Emancipation Proclamation that called for the immediate freedom of slaves throughout the country. But unfortunately, many enslaved people, especially those in the south, remained un-free. The country was in the middle of a Civil War and states like Texas which had seceded from the Union did not adhere to the Proclamation.

Moreover, for Lincoln and the Union army, slavery was “a political motive to justify strengthened military endeavors against the Confederacy”. Then President Lincoln said on the proclamation he signed,

“My paramount object in this struggle is to save the Union and is not either to save or destroy Slavery. What I do about Slavery and the colored race, I do because I believe it helps to save this Union…”

Perhaps it is for this reason that Jubilee Day, which is marked on New Year’s Day each year to celebrate the Emancipation of Proclamation is lesser known or celebrated.

But Juneteenth has become the most popular and well known Emancipation Day holiday in the United States because the events surrounding the day is symbolic of the never-ending plight of being black in America despite seeming social freedoms and opportunities.

As the writer, Ko Bragg writes in the NBCNews, many slave owners had gone to Texas with their slaves because it was one of a few Confederate states that were not closely monitored. For this reason, slavery continued there much longer. 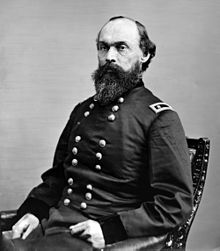 It was only in June of  1865, after the Civil War had ended in April, that Union General Gordon Granger and his troops traveled to Galveston, Texas to announce “General Orders No. 3” before the slaves found out about the Emancipation of Proclamation. The order stated: “The people of Texas are informed that, in accordance with a proclamation from the Executive of the United States, all slaves are free”.

Some of the documented reactions of these slaves were simultaneously chilling and heartwarming. Felix Haywood, a former slave who gave a testimony about Juneteenth as part of a New Deal project which is documented in “Lone Star Pasts: Memory and History in Texas”, recalled:

“The end of the war, it come jus’ like that—like you snap your fingers….Hallelujah broke out….Soldiers, all of a sudden, was everywhere—comin’ in bunches, crossin’, walkin’ and ridin’. Everyone was a-singin.’ We was all walkin’ on golden clouds….Everybody went wild…We was free. Just like that we was free.”

And still, freedom was hard won. According to Bragg, “people who should’ve been freed continued to work through the harvest season because their masters withheld this announcement to reap more wages out of their slaves. This left many former slaves treated as though they were still in bondage”.

“Lots of Negroes were killed after freedom…bushwhacked, shot down while they were trying to get away. You could see lots of Negroes hanging from trees in Sabine bottom right after freedom,” writer Susan Merritt reported in “Lone Star Pasts”.

For this reason, Juneteenth came to hold deep meaning to many. In fact, a few years after the Granger’s mission, African-American populations across Texas collected money to buy property dedicated to Juneteenth celebrations. According to the Houston Parks and Recreation Department, Reverend Jack Yates, a Baptist minister and former slave in Houston and his church, among others, formed the Colored People’s Festival and Emancipation Park Association. “In 1872, they pooled $1,000 to put down on ten acres of open land as home for their Juneteenth celebration. In honor of their freedom, they named it Emancipation Park”.

The day became even more important in 1968, when it came to national consciousness after the assassination of Martin Luther King, Jr. Writer Vann R. Newkirk II explains aptly in the Atlantic,

“King’s associate Ralph Abernathy and widow Coretta Scott King to cut short the posthumous Poor People’s March on June 19 and commemorate it with Juneteenth celebrations. The holiday dispersed through the post-Great Migration black American diaspora as a sort of homegoing for King and the other lives lost to insurgent white supremacist violence. And like many black homegoings, it found a way to fuse sorrow and jubilation. What Abernathy and Coretta Scott King knew was that fusion was the only way to continue the work without breaking”.

In 1980, Texas finally recognized Juneteenth as a legal state holiday they call “Emancipation Day in Texas”. Today, many through the entire nation celebrate the day. As of May 2016, 45 of the 50 U.S. states and the District of Columbia recognize Juneteenth as either a state holiday or ceremonial holiday, a day of observance. The day continues to gain acclaim as the most popular Emancipation holiday in the U.S.