There is a popular saying that goes like…behind every successful man, there is a woman… For as long as this adage has existed, different generations interpret it to best suit the general standard of living and social expectations of their time. For the younger generation, it has been established that an even more successful woman can not just be behind the successful man but can very well be by his side or in front of him.

For many years, the ideal woman who comes to mind anytime this adage is said is the figure of a wife in a man’s life, but women of the new generation like Khady Thiam Gueye are changing that perception. Aside from running her own successful businesses with plans to expand her entrepreneurial wings, Khady Thiam Gueye works hard behind the scenes for her brother Aliaune Damala Badara Thiam popularly known to the world as Akon.

Recently, news surfaced that Akon’s brand is worth $80 million as of 2018, but the singer turned business mogul can’t take all the credit for that. Despite working hard and always being in the spotlight, the secret is out that most of his brand’s executive strategies and deals that reap in great profits are all thanks to his sister Khady Thiam Gueye.

A quick search for her on Twitter sums up everything about her; she gets things done!

Being the sister of two successful brothers, Akon and Abou Thiam, popularly known as “Bu”, the executive music industry “lord”, it comes as no surprise that Khady Thiam Gueye is making heads turn in whatever room she decides to enter.

Aside from her enchanting beauty, Khady is Chief Operating Officer for KonLive and Chief Brand Officer for Bu Vision Entertainment. She is also a strategic solutions consultant for various top brands, entrepreneurs as well as influencers giving tips on how to start, manage, grow and maintain their brands.  To top it all up, Khady is the founder of TMI Worldwide, a consulting firm that was originally called True Media Independence. 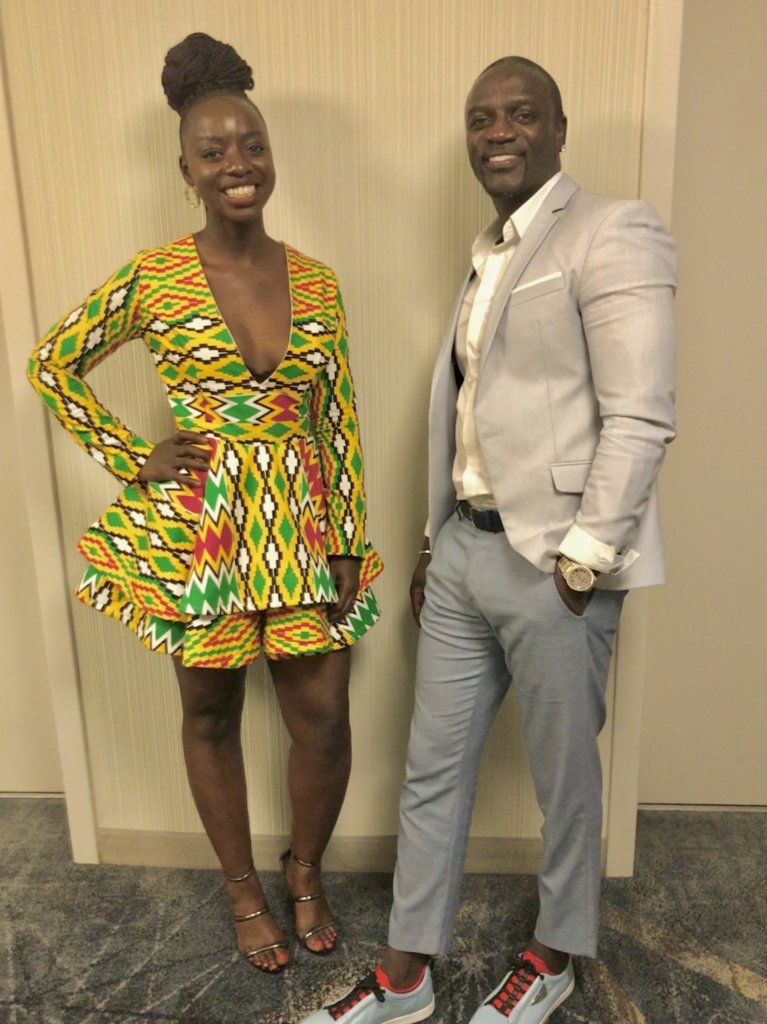 For several years, Khady has grown Akon’s brand into an 80 million dollar brand making him and her other brother, Abou Thiam, look good, we wonder how she is able to balance them and being a wife and mother.

Her exceptional work ethics and discipline comes from years of working and learning on the job. Right after her college degree, Khady started working as Akon’s project manager for the Akon Lighting Africa Project. Even though new in that space of work, Khady was given the responsibility of leading the PR to make the project known globally while seeing to it that every detail of the project was running smoothly for its success.

The experience unearthed her great skill in the filed and piqued her interest so much that Khady quickly went back to school for a masters degree in entrepreneurship.

In working for her brothers, Khady has definitely learned to work extremely hard resulting in the successes of not only her brothers but her own business. Her work has been beyond maintaining their successful global images, but to elevate them as well.

Just like her brothers, Khady is of Senegalese descent but was born in the USA. In an interview with Black Enterprise, Khady had this to say about her successful career:

In the beginning, it was a bit of a challenge because it can be hard for women to break out of administrative roles to making executive decisions. However, my presence is at the forefront to challenge the culture to show and set an example of how leaders can create environments where women with talent can flourish in leadership.

The world should definitely watch out for her name in the next few years as she plans to open an online entrepreneurial school and a makeup line that works better on the melanin skin with the African weather as well as hosting her own show.