Kehinde Dorujaiye, a Nigerian inventor, says he can build the world’s first multipurpose vehicle that would have the capacity to fly, float, and move on land.

A self-taught inventor from Lagos, Nigeria’s commercial capital, Dorujaiye says his vehicle, which he describes as an “aero-amphibious jet,” has already been tested on land and sea with great results, according to CNN.

“I tested it in the sea, and a lot of people were surprised it can move on the land and sea,” Dorujaiye said. “That’s one of those things that amazes people.”

Dorujaiye claims his vehicle, which looks more like a space rocket than anything else, can achieve speeds of up to 120 kilometers per hour on land and at least six knots on sea.

So far, he says that he has traveled from Lagos to Ibadan, a distance of about 150 kilometers, in his special vehicle. 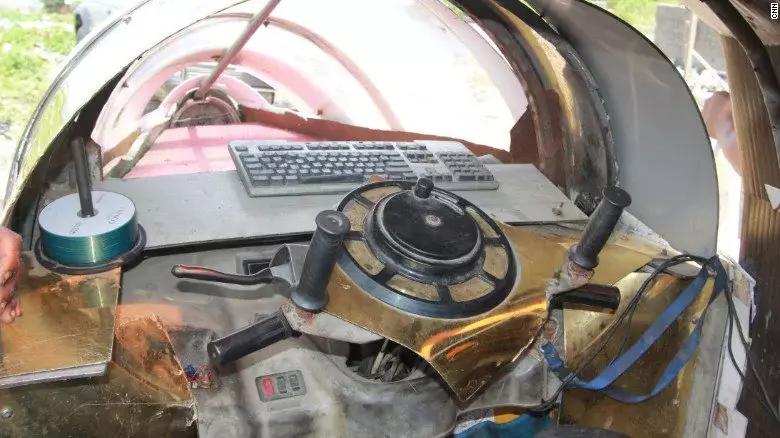 Forty-six-year-old Dorujaiye is a married Father of four children. A graduate of Lagos State University, he says he has been an avid inventor since childhood.

Nowadays, he spends most of time at his workshop located on a rubbish dump in one of the neglected areas of the city, building prototype cars from an assortment of discarded materials, including sheets of metal, old car parts, and plastic.

Even more impressive than Dorujaiye’s aero-amphibious jet is a hybrid vehicle, meaning it boasts one of the latest cutting-edge technology that allows it to be powered by traditional fossil fuels and the energy from the sun.

Dorujaiye says his jet can travel at speeds of up to 40km/hr using the energy from the solar panels, “We want the whole world to know it is possible to have a kind of machine that can move on land, on sea, and fly and perhaps move under the sea,” he explains.