Hundreds of Ugandans took to the streets of Kampala, Uganda’s capital, Wednesday to protest unfair competition from local Chinese retailers.

The protests, which saw business operations in the busy city come to a standstill, were supported by Kampala Mayor Erias Lukwago and a host of other local officials, according to News24.

Vendors from Nakasero market today protested against Chinese and Indian investors who are into petty trade. #NBSLiveAt9 #NBSUpdates pic.twitter.com/V0UCVYATdx

The irate protesters complained that their Chinese competitors are usually offered tax privileges by the Ugandan government, which ultimately gives them a competitive advantage in terms of pricing.

Traders in Nakasero market protest over rent increment & request govt to come to their aid with Chinese that have become imposters. #NBSNow pic.twitter.com/IdBLKyOWxA

“We want to find out if some of these Chinese have legal documents to be in the country,” Kampala Central Member of Parliament Mohammed Nsereko said in support of the protesting traders. 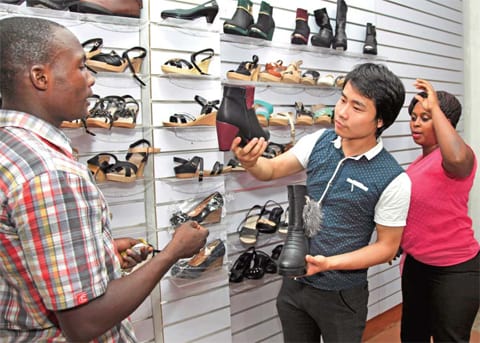 The disgruntled traders argued that most Chinese and Indian traders come to Uganda disguised as investors and manufacturers, which legally qualifies them for tax exemption, only to end up dealing in cheap commodities that they sell at throwaway prices to the disadvantage of local retailers.

During the protest, some foreign traders reportedly locked themselves inside their shops for fear of being attacked.

The morning protests saw city officials convene an urgent meeting with councilors who had joined in the march to discuss the traders’ woes.

The retailers were later addressed by the Ugandan Minister for Trade, Industry, and Cooperatives Amelia Kyambadde who pleaded with them to re-open their shops and give the government some time to look in to their concerns.

“We are told government took loans from the Chinese and the Indians, which could make it hard to enforce any disciplinary measures,” Kyambadde said. 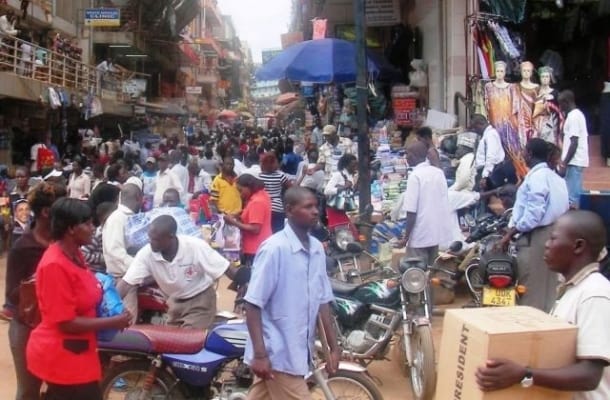 Lately, Chinese traders have been flooding the East African market with cheap goods, putting the livelihoods of millions of local retailers at great risk.

In Kenya, small-scale traders have been complaining about the influx of Chinese vendors in the streets of Nairobi, Kenya’s capital, where they engage in all sorts of trade, including hawking roasted maize.

This influx has largely been brought about by the latest bilateral partnerships between China and African countries in trade and infrastructural development.

Experts are now calling on African governments to put the necessary measures in place to insulate local traders from unfair competition by Chinese and other foreign investors.