Odinga took an oath of office administered by NASA MP T.J. Kajwang in the presence of thousands of supporters party officials who thronged the Uhuru Park in the capital Nairobi.

“I Raila Amolo Odinga, in full realisation of the high calling, assume the office of the People’s President of the Republic of Kenya,” he said in the brief ceremony that has been described as treasonous by the government as it violates the constitution. 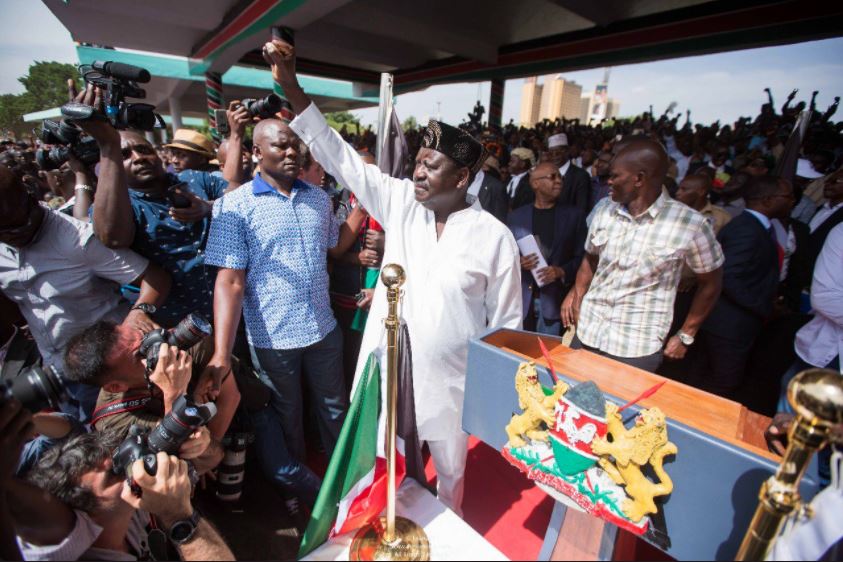 Hours before the event, the Kenyan communication authority cut signals of several television and radio channels including Citizen media, NTV and KTN who planned on covering the swearing-in.

Odinga, who has on several occasions described the government of President Uhuru Kenyatta as illegitimate, told the media before leaving the venue that “we have accomplished our promise to Kenyans.”

The party said the swearing-in is based on the annulled results of the August 8 presidential election, which they believe they won, but claim it was rigged to favour President Uhuru Kenyatta.

The government and international bodies had warned NASA against the planned inauguration since last year and the organisation of a “People’s Assembly” backed by 12 Kenyan counties.

Kenya’s Attorney General Githu Muigai cautioned Odinga that he will be charged with treason if he’s sworn in.

United States officials also held a meeting with Odinga and other opposition figures to advise them against the planned inauguration. Led by Principal Deputy Assistant Secretary at the U.S. Bureau of African Affairs Donald Yamamoto, the opposition party was warned that the move will further deepen the crisis in the country.

Raila Odinga has since updated his profile on Twitter to President of the Republic of Kenya. He thanked Kenyans for attending his inauguration. 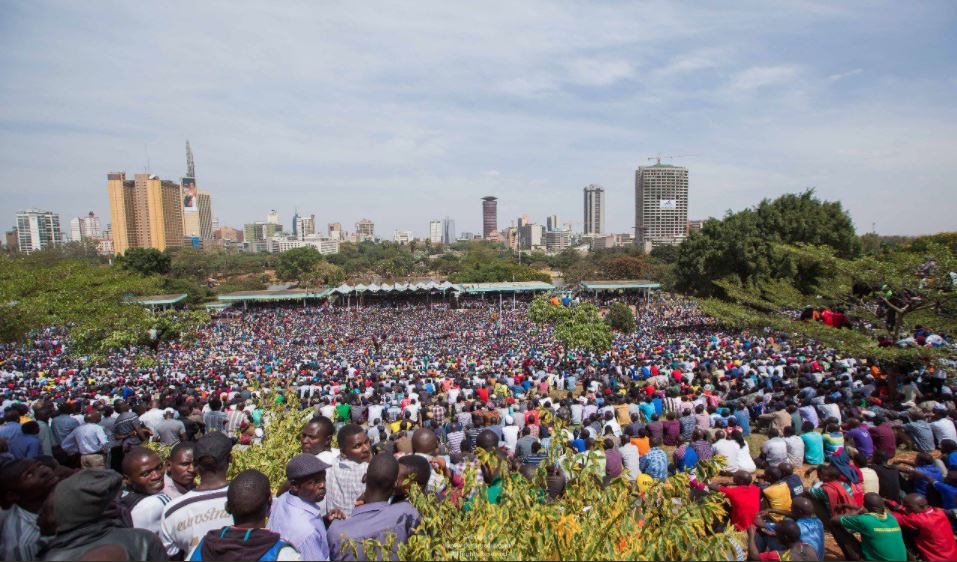 I wish to thank the people of Kenya for the mandate they have given us and for their steadfast confidence in us. You came from all corners of the republic to witness my inauguration and it was good to see you out in millions. pic.twitter.com/U7oCAhsHPI