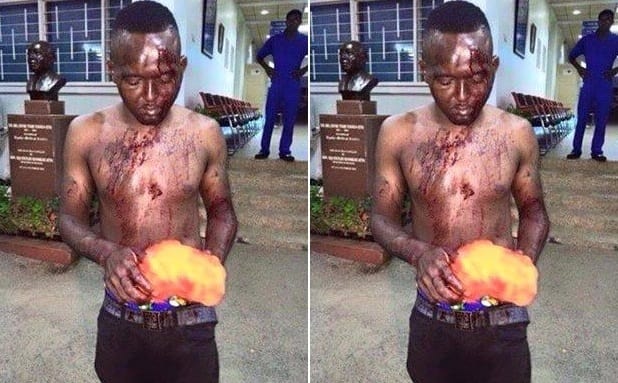 A video of Ghanaian Albert Appiah, a.k.a. Kinto, being beaten for allegedly being homosexual has gone viral, prompting local authorities to make arrests in connection with the incident and the public to argue over whether the beating of gays per the Bible is still appropriate.

In the video, a visibly bloody Kinto is seen being questioned in the dark. After being hit repeatedly and not being allowed to speak, they finally ask him why he was in the area.

There is more chaos and then Kinto says:

And an unseen but audibly angry man asks, “You want to what?”

The brief video ends with the camera going out of focus and the unseen man screaming Jamaican-esque catchphrases, such as “boomba clot!”

Watch the video of Kinto being questioned here:

This video reportedly prompted local police to investigate the alleged beating that took place in Nima, a suburb of Accra.

Divisional Commander of the Nima Police Command ACP Nuhu Jango says that in their investigation, they have found that the gay allegations against Kinto are false.

“[The gay allegations against Kinto are a] complete cooked-up story against the victim, Albert Appiah also called Kinto.”

Jango then went on to clarify the relationship Kinto has with the aforementioned Salim as well as the events that led to Kinto’s beating.

“He had some friendship with one Salim Abubakar. They used to visit each other and they became friends through social media so they got close.

“He came to visit him as he always does and Salim to have a one-on-one chat with him in private so they stood by the victim’s car. So from nowhere, four people sat at the back seat alleging that he was sodomizing the other guy.

“Meanwhile, they were not sitting in front of the car and this Salim never complained that he had been sodomized.”

After the beating, the suspects allegedly demanded his money, transporting him from one ATM to another.

So far, one of the suspects has been named as Barry Abu who, according to Jango, was taken to court on Wednesday.

“We are sending this man to court because nobody has reported any unnatural knowledge case to us,” Jango says. “What we are handling as you see now is assault on this man.” 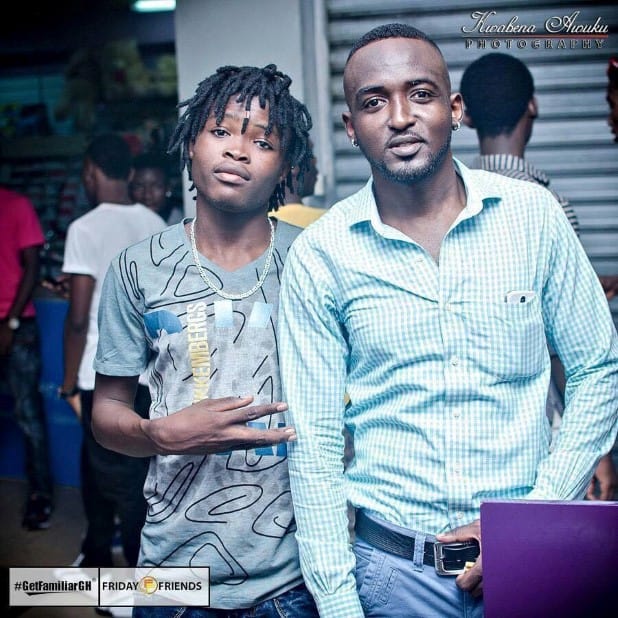 The video has brought the issue of homosexuality as a sin to the fore, with many arguing over whether it is acceptable to use religion as a basis for discriminating and abusing gays.

God is love. All his commandments talk about love. Christianity is about love. Evil men hate the CHristain God. Gay ism is a sin but we are commanded to judge people by the bible. I hate the act of sodomy but I don’t hate the people that practice it. It’s awful for them to have beaten the guy cos we are all sinful. It is the act of society so give Christians a break

First of all the Bible talks of love. You follow the comandments (love) and treat others as u want to be treated. The fact that some ppl hate and use the Bible as a reason is crazy! Those ppl have issues! Im a proud Christian.. And have love for everyone. At the end of the day the only one that will judge us is God not man. The world is filled with so much hate, i just pray love takes over.

It’s time religious people begin to question their Holy Book—and more importantly, begin to decide which of those commandments said to be from their God makes no sense; and openly condemn these passages.

Now can any Christian or Bible scholar tell us what should be done to Gays? Out of faith we hold religion in high esteem but that does not mean we should suspend our thinking faculty — especially when it comes to certain obvious evil religious requests…

Gays are not the only group of people religion wants to have put to death — children and women equally suffer in the hands of religion and in the hands of the many religious zealots who are incapable of subjecting their doctrines to any sort of proper evaluation.

To me, “religion is violent, irrational, makes absurd claims which it hates to be challenged, allied to racism, tribalism, bigotry, glorifies ignorance and invests heavily in the oppression of women and continues to terrorize children—and I am sure I have not mentioned its hostility to free inquiry.”

Where do you stand?