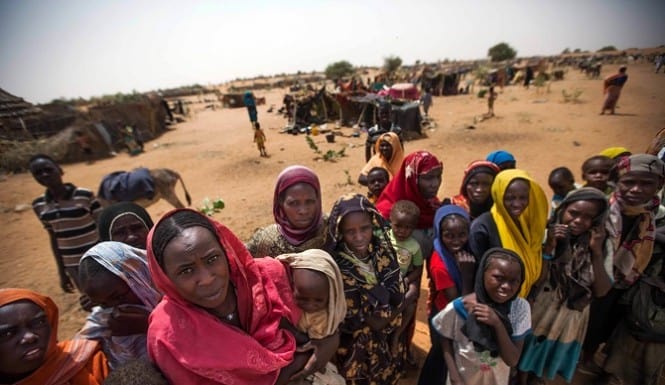 According to a report released by Human Rights Watch (HRW) on Wednesday, hundreds of girls and women were raped in the town of Tabit, located in Northern Darfur, by the Sudanese Army last October and November, even though the government is allegedly trying to cover the mass rapes up, according to AllAfrica.com.

On October 30th to November 1st, a number of families belonging to the Tabit community were reportedly raped as punishment for supposedly supporting the rebels and abducting one of their soldiers.

Of her rape on October 30th, 20-something Mahassan, whose name has been changed, reportedly told HRW:

“The soldiers said that they were looking for a missing soldier. They searched the compound, and then came towards us. They grabbed me and they grabbed my friend. The other soldiers took the other girls in a different direction. They took me and my friends outside of the compound towards the school.” 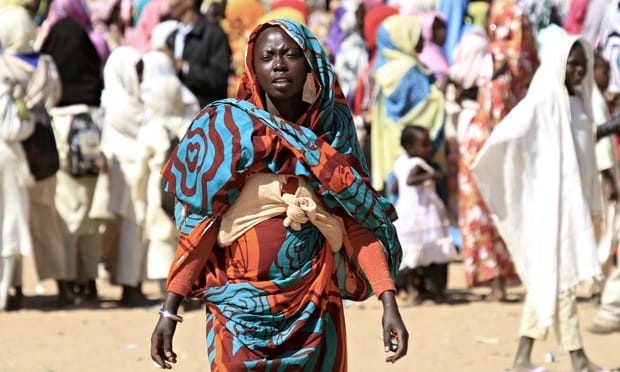 “I fought one and hurt one. … When they saw that I wanted to fight they threatened me with their gun. Then they raped me. … There were four of them. … Two had civilian clothes. … [They raped me] in front of my mother. She was screaming.” 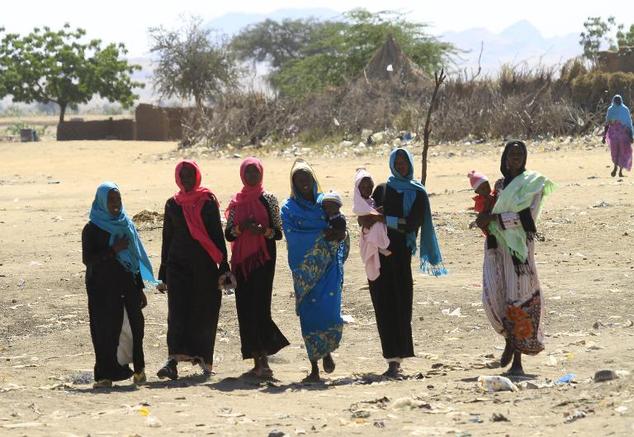 The following day, a woman named Asal was with her brother when soldiers entered her hut.

Asal explains, “Three men came inside the hut. Two of them were holding me. The third was raping me. When I cried, they pushed a piece of cloth into my mouth.

“Then the other one raped me. And then they tied me up and left me inside the hut.”

And all night, Asal would hear screams of other victims.

Finally, her mother and brother would return to set her free.

“Then we all cried.” 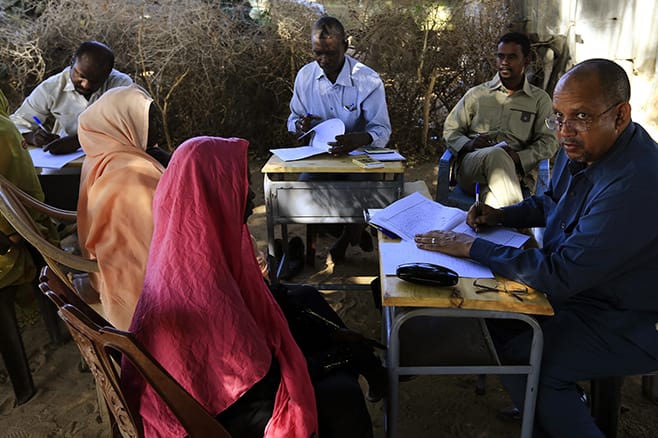 Special Prosecutor for Crimes in Darfur Yasir Ahmed Mohamed (R) and his team talk to women during an investigation into allegations of mass rape in the village of Tabit, in North Darfur, November 20, 2014. The joint peacekeeping mission known as UNAMID has been trying to gain access to visit Tabit since earlier this month to investigate media reports of an alleged mass rape of 200 women and girls in Tabit. Mohamed and his team began initial investigations into the allegations on Wednesday. REUTERS/Mohamed Nureldin Abdallah (SUDAN – Tags: CIVIL UNREST CRIME LAW) – RTR4EYCL

And Khatera had to endure the tragedy of having both her and her three daughters — two of whom are under the age of 11 — be raped all together.

“Immediately after they entered the room they said: ‘You killed our man. We are going to show you true hell.’ Then they started beating us. They took my husband away while beating him.”

“They raped my three daughters and me. Some of them were holding the girl down while another one was raping her. They did it one by one,” says Khatera.

“One helped beating and the other raped. Then they would go to the next girl. Two were holding the girl and one would rape.”

These four accounts are just a handful of the 221 rapes that actually took place during that 36-hour period.

Altogether, the organisation HRW collected 221 names of women and girls who were allegedly raped in Tabit from October 30 to November 1, 2014. Sources included 15 female rape victims, 35 residents of Tabit, family members friend and neighbors of rape victims, as well as Sudanese groups that had conducted separate investigations.

Sudanese Government Tries To Cover Up Mass Rape with Intimidation

Even though the Sudanese government is now vehemently denying that rape occurred in Tabit — after initially apologizing — soldiers who have defected from the army told HRW that they were indeed instructed to rape Tabit residents.

With the mass rape occurring, HRW concluded that the army are guilty of “war crimes.”

“Military personnel who participated in, aided or abetted, or ordered rape are responsible for war crimes. Commanding officers who knew or should have known of the mass rape – and took no action to prevent it or punish those responsible – are criminally liable as a matter of command responsibility,” reads the report.

Meanwhile, ever since the rapings, the Sudanese government has reportedly trying to keep Tabit resident quiet about the alleged abuse with threats, beatings, arrests, torture, and intimidation, according to HRW.

In fact, Tabit is now being described as an “open prison.”