Kirimon Primary School, a school in central Kenya, has been closed indefinitely after the pupils attacked and injured teachers.

At Kirimon Primary School in Samburu West Sub County some male pupils clashed with school authorities to protest against being punished by female teachers, according to the Daily Nation.

Locals say at the heart of the violent protests is the cultural belief among the Samburu that grown-up boys must never be punished or reprimanded in front of girls.

They believe that female teachers are disrespecting their culture by “subjecting male pupils to shame.”

“It is not right to parade a Moran [warrior] in front of girls and start caning him. Morans are very short-tempered and those teachers should understand that,” said a parent.

In addition, some male teachers who attempted to save their colleagues were also beaten up, forcing many of them to flee in to nearby homes and surrounding bushes.

Even attempts by a law enforcement officer to restore order also reportedly failed to yield much results as the unruly students pelted him with stones.

Following the incident, the school was closed down and the more than 700 pupils were ordered home.

A spokesperson for the National Union of Teachers told local reporters that a meeting among teachers, parents, and the Ministry of Education had been scheduled.

Monday’s incident was the third of its kind since 2010.

“It is the third time this is happening in this school. The ministry should investigate the root cause of the problem,” said a parent.

A visibly shaken teacher added, “We have experienced this before, but today’s (Monday’s) attack was the worst because the boys sneaked in to classrooms with swords and rungus.

As soon as one of the female teachers arrived in Standard Six for her lesson, she was attacked and seriously injured on her head and right hand.” 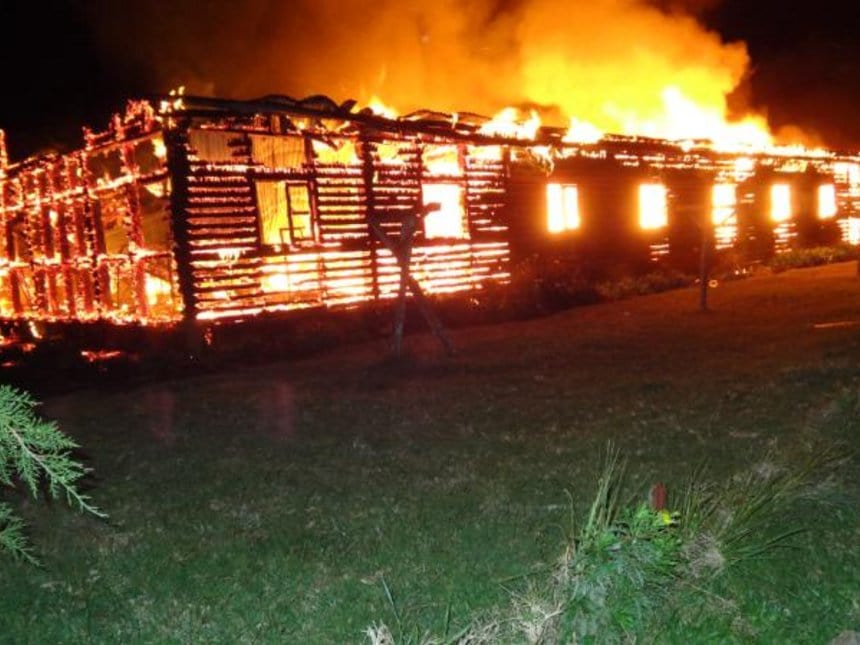 In the past year, Kenya has been hit by a spate of school burnings, a trend where student arsonists set fire to their own dormitories and classrooms buildings.

Authorities say there were at least 70 confirmed cases of pupils torching their school building in 2016.