"Ties That Bind," a dramatic film directed by Ghanaian born Writer and Director Leila Djansi, is making big waves in Hollywood. Last month the movie won the Best Diaspora Film award at the San Diego Black Film Festival and is making its way to the Pan African Film Festival in Los Angeles next week. 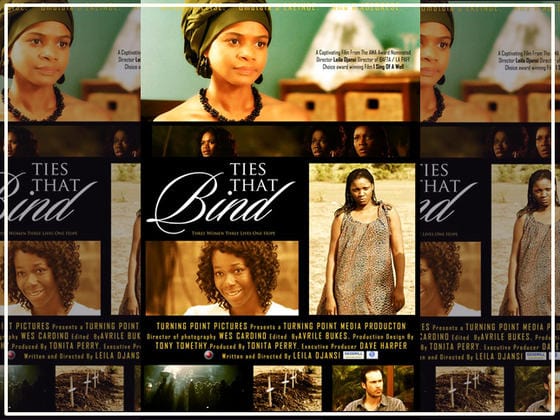 Starring Kimberly Elise, Randall Batinkoff, Ama K Abebrese, and Omotola Ekeinde, "Ties That Bind" is about three women from different walks of life bound together by a similar pain – the loss of a child. In a destined meeting in a small village in Kroboland, the women journey together to redemption, love, life and forgiveness, as they renovate a dilapidated clinic for the villagers.

"I see a good number of independent films each year and "Ties That Bind" is one of the most gripping movies I've screened in a long time." Rick Berman, Executive Producer Star Trek.

Stay tuned for updates and information on when "Ties That Bind" will be coming to a Theater near you.

Watch the trailer below: