Oscar winning actress, Lupita Nyong’o, gave an awe-inspiring speech at the Variety Power of Women’s Luncheon in New York City on Friday, where she spoke about the power of women and the need for solidarity to combat abuse and other forms of violence against them.  The Kenyan actress was honored for her work with Mother Health International, a Uganda-based organization that supports pregnant women and children in underdeveloped countries and disaster borne areas.

In her speech, she emphasized on the need for women empowerment and activism, encouraging women to lift each other up and “turn pain into power”.

How do we turn that pain into power? I’ve been thinking about this great quote because of the brilliant play Danai Gurira [“Eclipsed”] has written. By not turning away from the true pain of the more, by seeing these women so clearly in all their messy, complex lives, she gives them back their power. 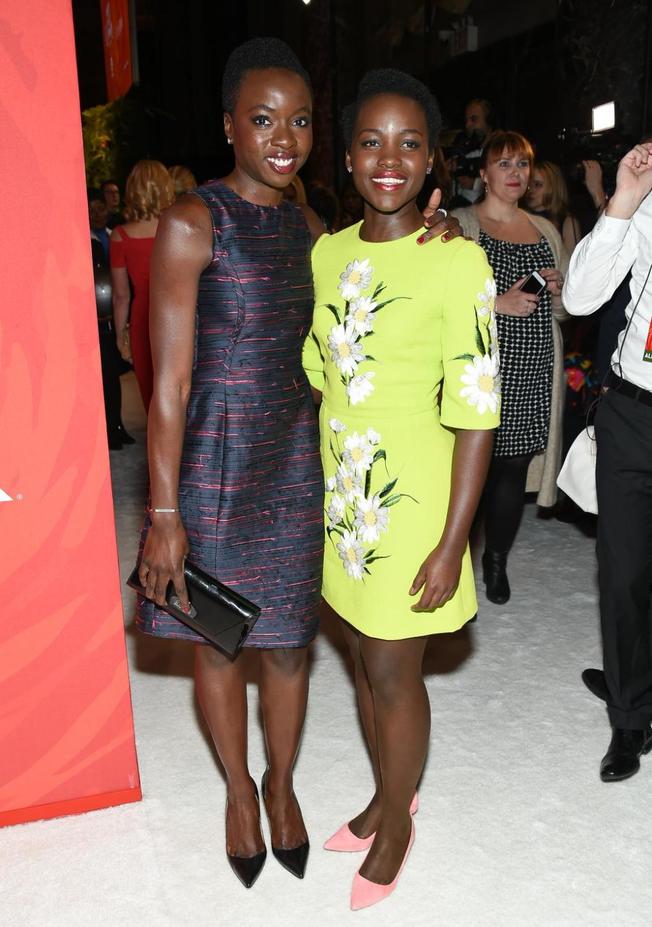 The 33-year old who recently starred in the Broadway show “Eclipsed”– a story of five Liberian women and their perils- emphatically spoke about the work she and Mother Health International have commenced and the need for women to speak up.

At mother Health International, we are actively assuring a new generation of life and love to break the cycle of trauma. This is vital, not just for women, but for the world. We live in a world where the war on women can be felt around the world. We are attacked upon our bodies, our choices, our agencies, but we live in a world where incredible things are happening. We are fighting back. We are refusing to be silent, refusing to shut down.

She encouraged women to come together in solidarity, as the only possibility for healing lies within the gathering of women. Indeed, the time has come for women, particularly in Africa, to come together and say no to rape, forced marriages, physical abuse, and all other forms of violence against women is. Using the storyline from the show ‘Eclipsed’, she explained that these issues are not profound but unique, in that it is happening to women throughout the world; mentioning places such as South Uganda, Colombia, Syria, Congo and Nigeria as prime examples.

Other philanthropic women who were honored at the Luncheon include: Megyn Kelly, Julianne Moore, Misty Copeland, Vera Wang and Mariska Hargitay, who individually spoke about issues regarding the advocacy of gun safety, the raising of awareness on depression and anxiety in young people, supporting victims of Child abuse, amongst others.