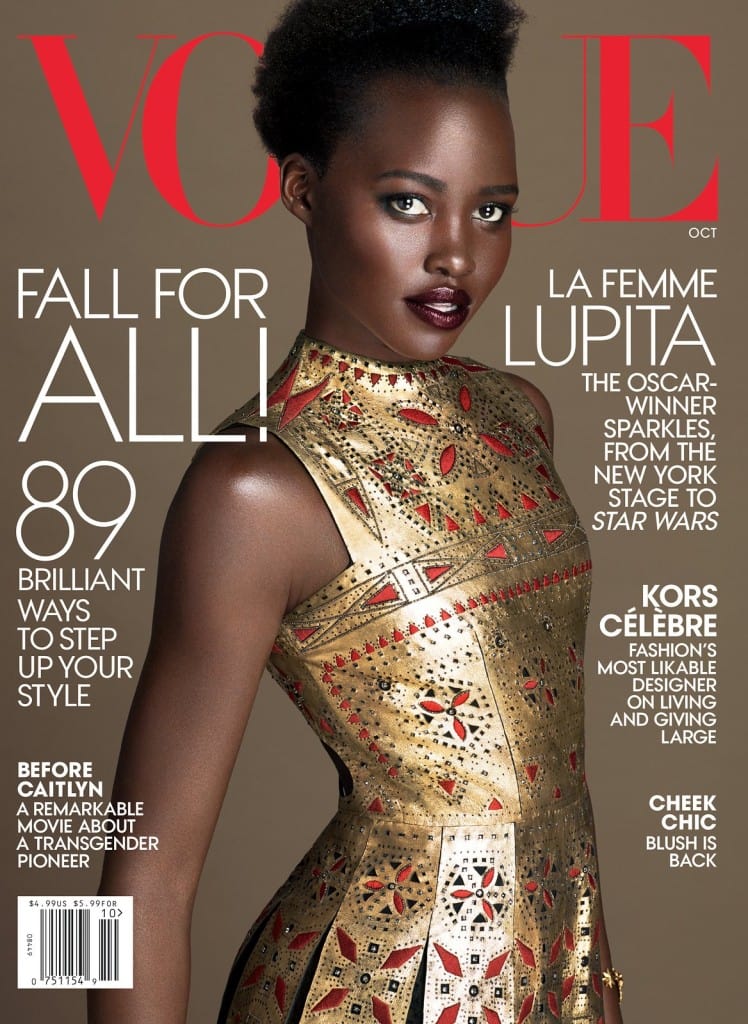 For the second time, award-winning thespian Lupita Nyong’o (pictured) has landed Vogue magazine’s coveted cover, and this time, the beautiful star shares on who she gets her sense of style from, her father’s incarceration as a politician, colorism at home as well as her experience with racism abroad.

On fashion, Nyong’o talks in great length about her mother’s style sensibilities, which inform her own:

Presentation is extremely important in Kenya. You dress formally. You can’t just wear flip-flops. My mother always had her own style. She wore A-line, tea-length flowery dresses, very well fitting. Her nails were always perfectly done.

Salons were a big feature in my life. We would go every two weeks to get our hair braided, washed, or treated. That’s where I read American, British, and a few African magazines.

Then I would design my own clothes. In Kenya it’s much cheaper to get clothes made than to buy them. We would have everything run up by a tailor, or my aunt Kitty, who is very creative, would sew things for me.” 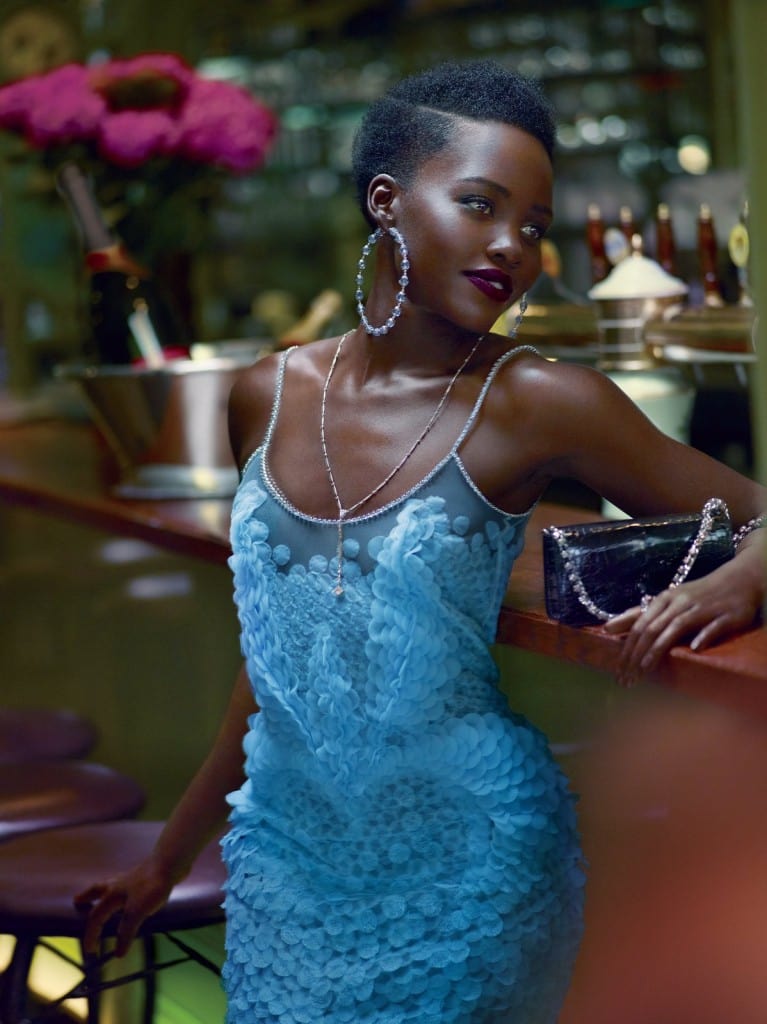 Nyong’o’s father, Peter Anyang’ Nyong’o, was part of an opposition party during the Daniel arap Moi regime, which lasted from 1978 to 2002.

Initially, Mr. Nyong’o spent three years in exile in Mexico, where Lupita was born. On his return to Nairobi, though, he was often imprisoned, with one stint lasting an entire month:

[My family] had to destroy a lot of his documents. I wasn’t allowed to go to school. We were basically locked up in the house. The curtains were shut all the time, and we were just burning papers.

I was definitely exposed to some extreme situations. Tragedy is something that I have known and that I have tried to accept as part of life. But I don’t dwell on it.

As an actress in Nairobi, Lupita says that she was told that her complexion was “too dark” for television; however, rather than allowing the colorism to sidetrack her, she rejected it and moved forward, “It [colorism] didn’t ring true. I just thought, I need to find another way.” 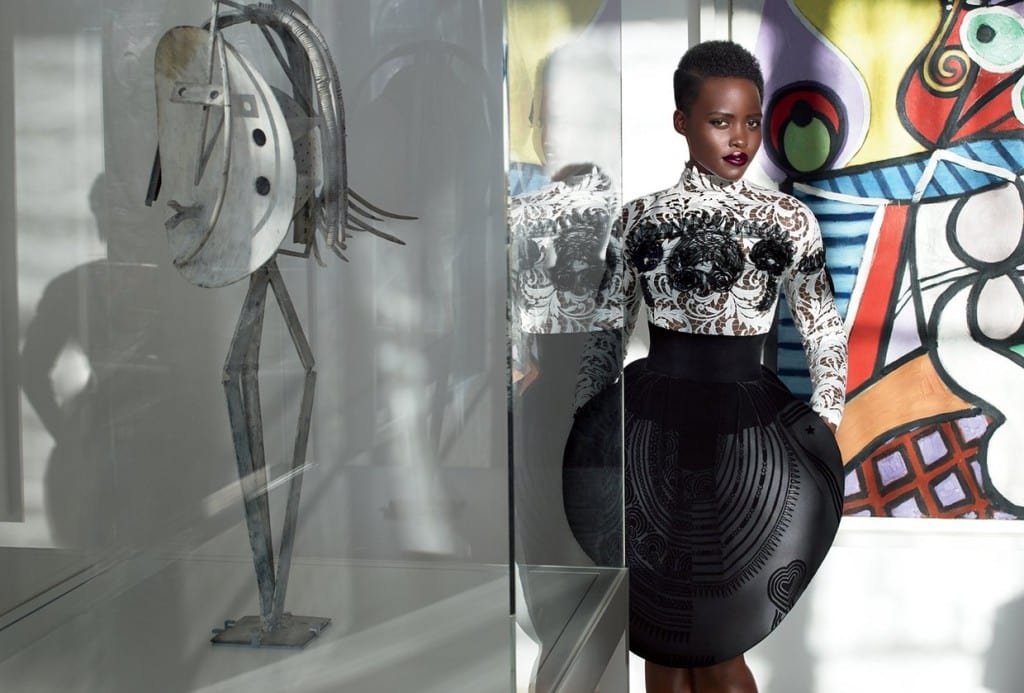 At the age of 20, Lupita would relocate to the United States, taking film and African studies classes at Hampshire College in Massachusetts. It was there that she would come in to contact with yet another hurdle: racism, “As Africans, we don’t grow up with a racial identity. We grow up with cultural and ethnic identity before racial identity. I never used the word Black as a child. It was never a thing. When was I ever discussing Black? Why?”

At Hampshire, she says, “I realized that my skin color was making some people see me differently.” The moment this became apparent was in class, when Lupita wrote a paper on independent American film.

After reading it, Lupita’s professor instructed her to go to the Writing Center to get help with her writing skills. But having looked over Lupita’s paper, the teacher at the center asked her, “Why are you here?” “I said, ‘Because my teacher said I should come,’ ” says Lupita.

“And she said, ‘I could use this paper to teach the people who come here how to write.’ ” Puzzled, Lupita looked at two Caucasian students’ papers in class. Even though they were full of grammatical errors, these kids had not been given extra teaching.

“And then I realized that there was maybe one other Black person in the class who had also been sent to the Writing Center.” 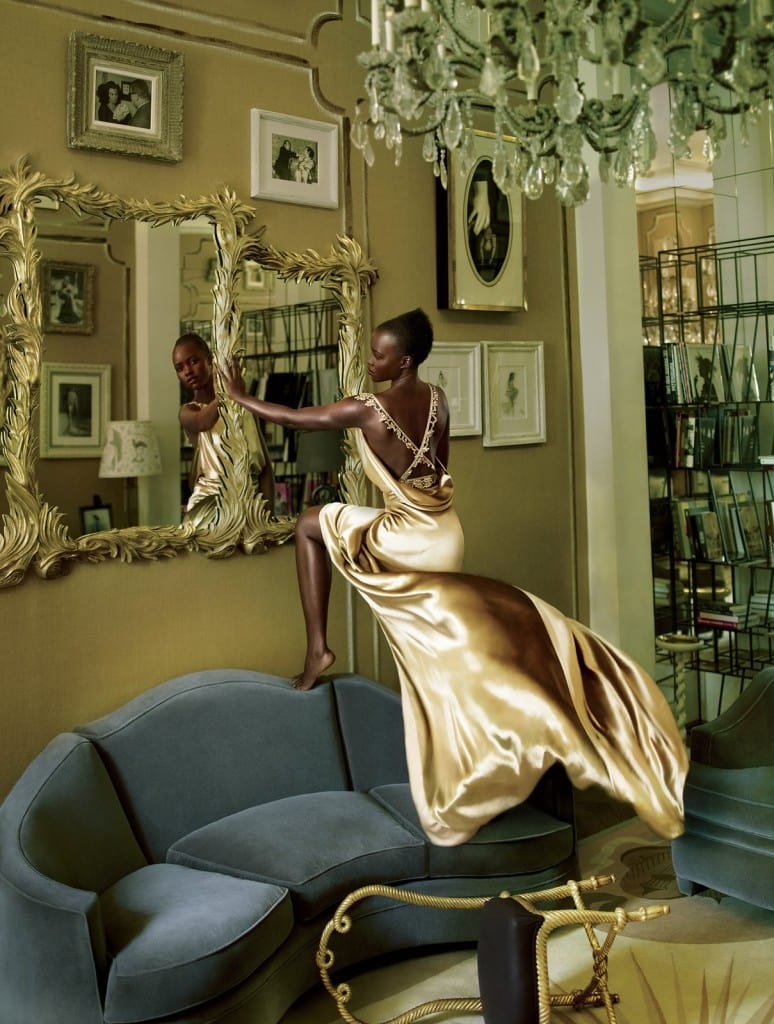