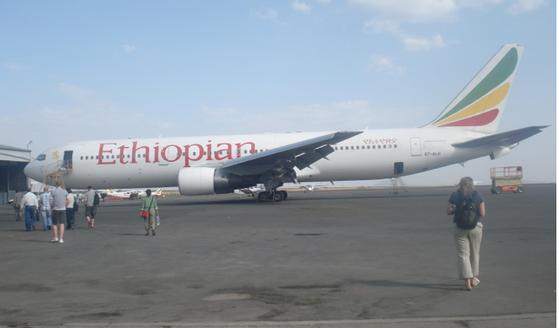 In order to make this domination a reality, the airlines floated regional carriers with operating hubs in West or Central Africa.

A few years ago, Ethiopia Airlines funded the establishment of Asky, which has its operating hub in Lome, Benin Republic. Kenya has a 49% stake in Tanzania-based Precision Air and is aiming to also explore the West African market.

As a result of the downfall of Nigeria Airways, Air Afrique and Ghana’s national airline, West Africa is the only sub-Saharan region that does not have a dominant national carrier.

Nigeria has around 14 million frequent flyers and many businessmen and women who travel to Asia, Europe, North America and other parts of the world. Airlines are eager to bring services to this market, starting in some smaller West African cities then eventually make it to Lagos or Abuja.

Although Nigerian airlines have the advantage for being carriers of the most populated country in the sub-Saharan region, they are severely limited by governmental regulations.

These regulations include the high cost of aircraft, parts importation and aviation fuel. There are also high charges, taxes and very expensive interest rates on credit facilities.

The government seems untroubled about crippling its airlines in such a way. There is a possibility of these regulations changing now that outside airlines are looking to invest in the area.