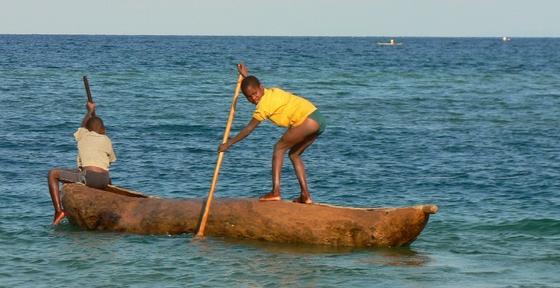 Malawi and Tanzania are once again engaging in a 50-year-old border dispute over Lake Malawi. The lake is the third largest on the African continent, and now scientists say that it may be a source of oil and natural gas.

Surestream Petroleum was one of seven total companies to bid for hydrocarbon exploration licenses in the Lake Malawi Basin.

Until now, consensus between the countries has given ownership of the lake to Malawi, although Mozambique and Tanzania are also positioned at its shore.

Scientists who have studied the lake for the past 30 years concede that its conditions are ideal for harboring hydrocarbons, a discovery that could beget a turning point for the Malawian economy.

Ibibia Worik, the legal advisor at the Commonwealth Secretariat, confirmed, “There is enough geological evidence suggesting the existence of thick sedimentary rock sequences and structures capable of trapping oil under Lake Malawi.”

Tanzania, planning to officially claim part ownership of the lake, demands that Malawi cease all oil and gas explorations until ownership is resolved.

Malawi’s Kamuzu Banda regime claimed full ownership of the lake based on the 1980 Anlgo-German Heligoland Treaty that puts the full body of water within Malawi’s boundaries.

Tanzania argues that their residents who live on the lakeshores on the southern border of the country depend on the lake for their livelihood.

With this new oil and gas discovery, it will be interesting to see if this issue will finally be resolved and if partial ownership will be settled upon.