An Algerian charity has funded a mass wedding for 30 couples who were too poor to afford a proper marriage ceremony.

Without the group’s help, few would have been able to afford an individual ceremony, which can cost at least 1.2 million dinars ($10,000 or 8,000 euros), the equivalent of nearly two years’ worth of earnings at Algeria’s minimum wage.

Since traditional wedding ceremonies in Algeria are a relatively expensive affair, marriage for couples with poor family backgrounds is often an unattainable desire.

Speaking at the event, Souad Chikhi, SOS 3e-Age El-Ihsane president, said. “In these back country areas, people are poor and need help.” 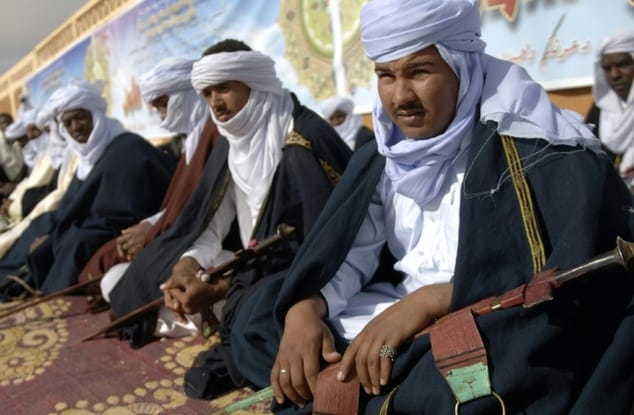 The grooms pictured here are wearing their turbans for the mass wedding. Photo credit: Ryad Kramdi/AFP 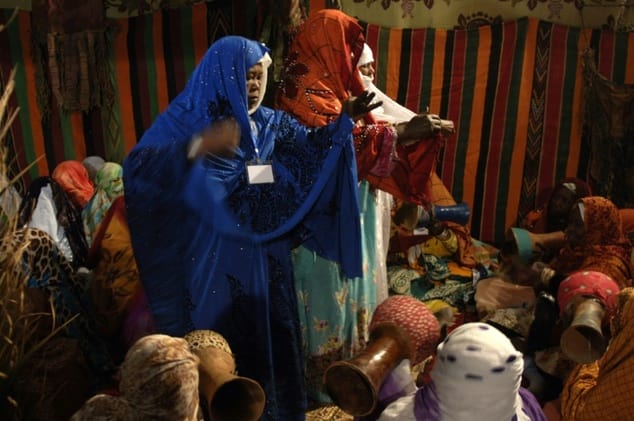 Located along an old caravan route in the heart of the Sahara, Ain-Salah is an oil-rich town dotted with several oil and gas fields. Unfortunately, much of the accompanying petrol dollars have not trickled down to some of the town’s poorest inhabitants.

In fact, at the time of the wedding, the majority of newly married couples were either unemployed or working in low paying jobs as drivers, farm hands, or security guards.

Without the assistance of the charity it would have been near impossible to afford an individual ceremony and be considered properly married in accordance with tradition.

As Hadja Hnizga, a volunteer helping to prepare the ceremonies said, “For us, tradition is paramount. A woman is not properly married if she doesn’t follow our traditions.”

“The initiative to finance and help young people is good,” added Mohammed, one of the grooms. “When I heard about this association, like other young people I wanted to take part in this marriage. This association helps those who are in need a lot.”

In addition to offsetting the cost of a wedding, Chikhi said the charity gave out several gift items to the newly married couples, “Thank God, we were able to gather their gifts. We were able to pay the dowry for the boy and the girl and I hope that will bring them happiness.”