Like the rest of the world, Morocco is grappling with the serious effects of climate change, after a significant drop in the country’s economic growth in 2016 due to a severe drought in 2015.

The current economic shock has compelled the North African country to adopt several measures that are aimed at adapting its people to the realities of climate change and find ways to reduce the impact of this global phenomenon on its people and environment.

In a quest to avert the effects of climate change, Morocco has launched a program dubbed “Plan Vert” or the “green plan,” which will help local farmers adopt new and more environmentally friendly farming techniques. 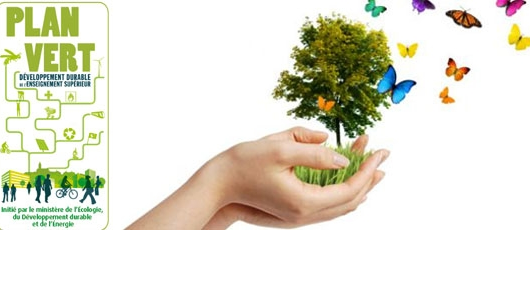 With Plan Vert, Moroccan authorities hope to create opportunities for farmers, such as introducing them to climate-smart techniques that will increase their productivity and provide them with better links to reliable markets for their produce.

According to a recent report by the World Bank Group, Morocco has already put in place policies that seek to protect the water stored naturally in the underground aquifers while ensuring that there is enough water to serve farmers.

Although agriculture is a critical economic pillar for Morocco, the country has long appreciated the importance of regulating the amount of water that farmers pump from underground.

“Now that a pump can go 200 meters down and not just 40, it’s more serious, as this depletes the aquifers,” World Bank Group program leader Andrea Liverani says.

Morocco has adopted new irrigation techniques, such as drip irrigation, in order to provide farmers with more reliable access to water.

The country has also put in place measures to protect its ocean by improving its coastal zone management and developing sustainable aquaculture.

With Plan Vert, Morocco has been encouraging farmers to grow tree crops as opposed to cereals. The government hopes these tree crops will help to prevent soil erosion.

The program also encourages farmers to practice direct seeding, an environment-friendly method of planting seeds directly in to the ground without tilling, minimizing the risk of losing essential nutrients contained in the topsoil.

Morocco has started employing new and more climate-smart energy production methods, including the construction of the second phase of NOOR Power Station, a solar plant located in the Drâa-Tafilalet region.

According to the World Bank Group, the country hopes to generate 52 percent of its electricity from renewable energy by the year 2030.

Currently, the Moroccan government has lifted all subsidies on diesel, gasoline, and heavy fuel oil to encourage a more responsible use of energy and to make resources more readily available to transition the country to a green economy.