Zimbabwe has been facing tough times with shortage of power. The frequent cuts in power supply have been having a toll on businesses and domestic consumers. Businesses that require uninterrupted power supply have been forced to shut down or limit their productions. Others who are still in operation have been compelled to adopt alternative sources of power such as diesel.

Simbarashe Mhuriro, a 32-year-old entrepreneur has since intervened to bring smiles to the people of Zimbabwe.
He is the founder and Managing Director of Oxygen Energy, an independent power producer and renewable energy development company that specializes in utility-scale power plants and commercial rooftop projects.

When completed, the project will power 226 buildings in total, giving support to hundreds of small and medium-sized enterprises throughout the country.

“Oxygen Energy together with Old Mutual Zimbabwe will partner on a 20MW commercial rooftop solar project spread across its entire property portfolio of commercial and industrial buildings at a cost of $28 million dollars. We anticipate that upon completion the project will achieve a net power generation of 32 GWh per year,” Mhuriro told Forbes in an interview recently. 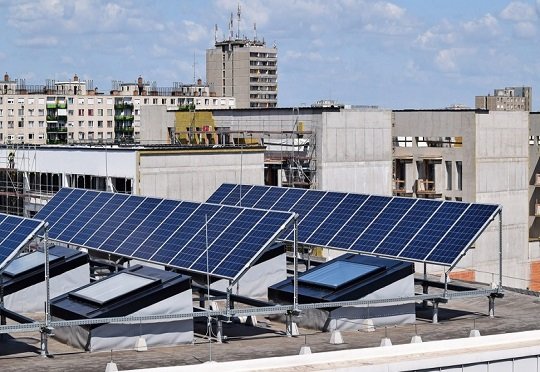 The project has Jabil Energy, a subsidiary of Jabil Inc USA and Soventix GMBH Germany as the engineering and construction partners. As at December 2017, six buildings that will form the pilot in Harare had already been identified for the start of the project.

“This project will also go a long way in achieving the targets of the country’s economic blueprint, The Zimbabwe Agenda for Sustainable Socio-Economic Transformation (ZIMASSET), by increasing the amount of energy saved, with the target being 300MW saved by 2018,” Mhuriro said.

When asked why the company invested in solar, Mhuriro said: “When brainstorming on which industry Oxygen should focus on and be defined by I looked for a product that fits the following description: is consumed where it is produced, required by all aspects of our lives, there is a clear need/ deficit, provides constant predictable income and its raw materials are easily accessible.

“Solar, in particular, provided all of the above including minimum operations and maintenance as the plants have no moving parts and it is very flexible as the plants can be deployed anywhere, in different sizes and relatively quickly.”

Mhuriro due to his passion and self-confidence in his job was listed in the 2016 ranking of the 30 Most Promising Young Entrepreneurs In Africa. He was also recognised by the Africa Youth Awards as one of 100 most Influential Young Africans of the year.

For now, Oxygen Energy is in the process of being acquired by a large institutional investor after which it will transform more from an independent power producer to a financing and asset management company for renewable energy projects.

“Our vision is to one day list Oxygen Energy on the Zimbabwe Stock Exchange,” Mhuriro said.