In commemoration of Black History Month, we shine a light on one trailblazer each day and today, we honour Dr Oluyinka Olutoye, the surgeon who operated on an unborn baby and restored it into the mother’s womb. 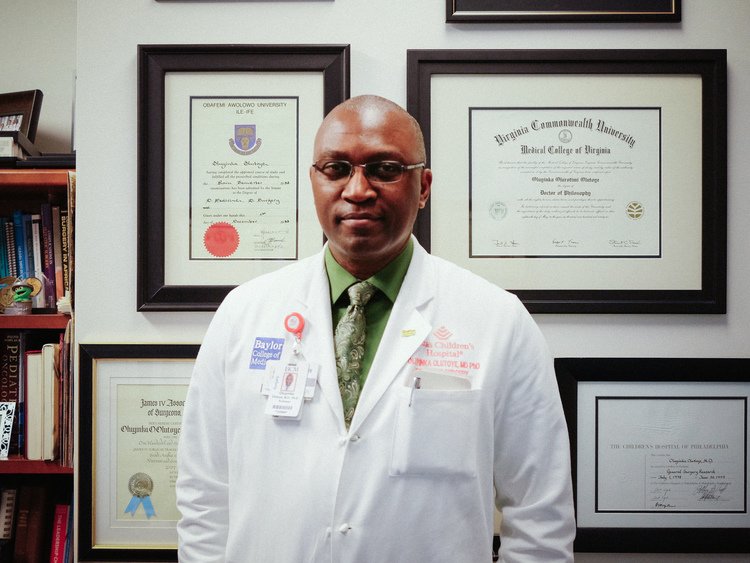 He received his medical degree from Obafemi Awolowo College of Health Sciences, Ogun State University in 1988 before his post-graduate medical education in paediatrics at Howard University and District of Columbia General Hospital.

He later enrolled at the Virginia Commonwealth University in Richmond, VA, in 1996 for his doctoral degree in anatomy and then sought additional training in pediatric, fetal and thoracic surgery at the Children’s Hospital of Philadelphia.

Dr Olutoye then took up a faculty position at Baylor College of Medicine and, with his colleague, Dr. Darrell Cass, they established the Texas Children’s Fetal Center at Texas Children’s Hospital in Houston Texas. He has been in practice for more than 20 years. 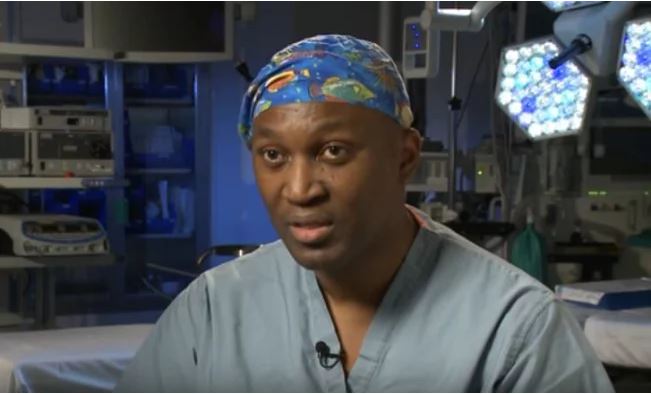 Dr Olutoye gained global acclaim after he led a team of doctors to operate on an unborn baby at 23 weeks old who had a rare tumour at the base of her tailbone. They removed the baby from Margaret Boemer’s womb and performed the surgery before restoring the baby into the womb.

The procedure was successful and the baby healed while in the mother’s womb. Lynlee Hope was born at 36 weeks old and gained global recognition as the baby who was born twice – thanks to Dr Olutoye. 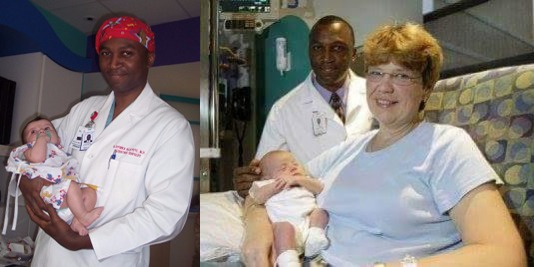