In commemoration of Black History Month, we shine a light on one trailblazer each day and today, we honour David Adjaye, the architect behind many iconic buildings around the world including the new National Museum of African American History and Culture.

51-year-old David Adjaye is a celebrated British-Ghanaian architect who was born in Tanzania to a Ghanaian diplomat. They lived in Tanzania, Egypt, Yemen and Lebanon before moving to Britain at the age of nine. 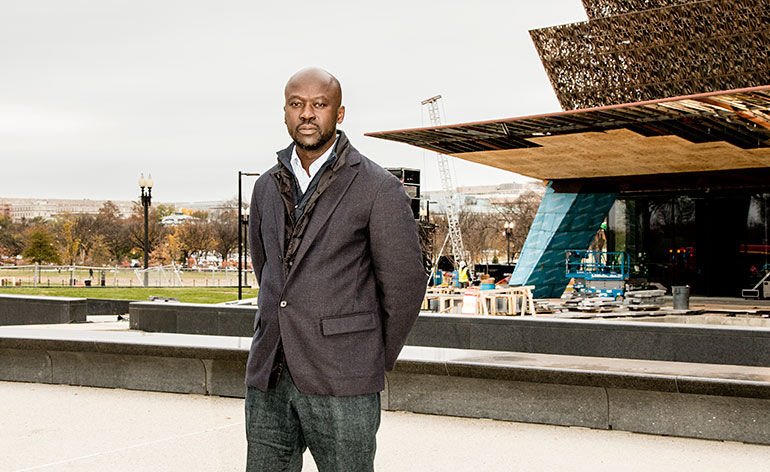 Adjaye established his own studio in 2000 and first solo exhibition, David Adjaye: Making Public Buildings at the Whitechapel Gallery in London in 2006. Thames and Hudson published Adjaye’s first book, David Adjaye Houses in 2005 and a catalogue for his first exhibition.

In February 2009, his studio almost went bankrupt after the postponement of four projects in Europe and Asia. This was followed by a selection in April as one of the team of architects to design the $500 million National Museum of African American History and Culture in Washington, D.C.

The Smithsonian Institution museum which featured Adjaye’s design of a crown motif from Yoruba sculpture was opened by Barack Obama in 2016. 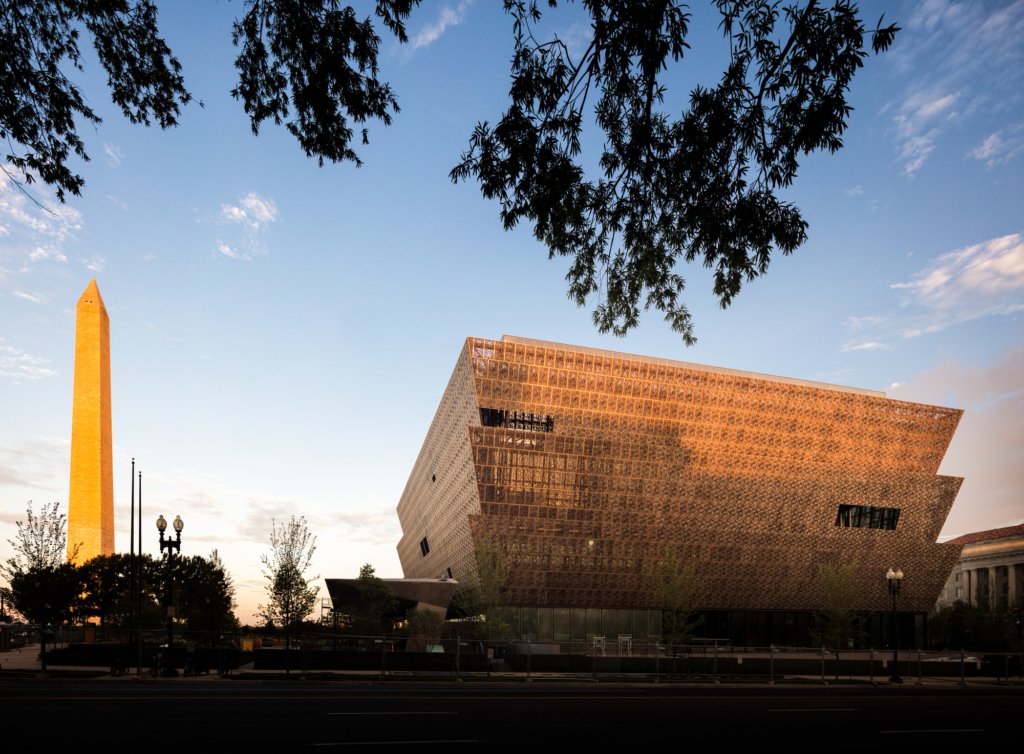 He helped design several installations, exhibitions and had several international commissions to design public and private homes and other iconic buildings including the Studio Museum in Harlem, Museum of Contemporary Art in Denver, the Nobel Peace Centre in Oslo and the Skolkovo Moscow School of Management, completed in 2010.

David Adjaye continues to teach at several universities where he is visiting professor. They include Princeton University School of Architecture, the University of Pennsylvania and Harvard Graduate School of Design.

He is a member of several international architectural organisations and programmes. He maintains a presence in the media as a host of a BBC radio programme. Adjaye coauthored two seasons of BBC’s Dreamspaces television series and presented the documentary Building Africa: Architecture of a Continent in 2005.

David Adjaye was appointed Officer of the Order of the British Empire (OBE) in 2007 for services to British architecture, he is a recipient of the $100,000 Massachusetts Institute of Technology’s McDermott award for excellence in the arts. He was knighted by Prince William on behalf of the Queen in the 2017 New Year Honours for services to architecture. 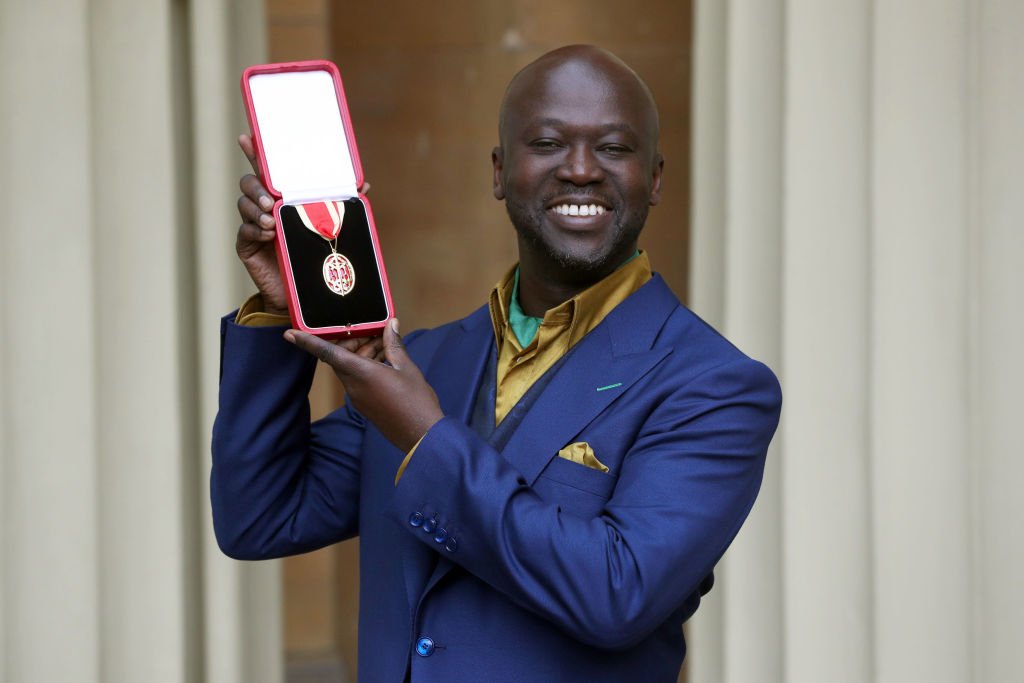 LONDON, ENGLAND – MAY 12: Sir David Adjaye poses after he was Knighted by the Duke of Cambridge during an Investiture ceremony at Buckingham Palace on May 12, 2017 in London, England. (Photo by Jonathan Brady – WPA Pool / Getty Images) 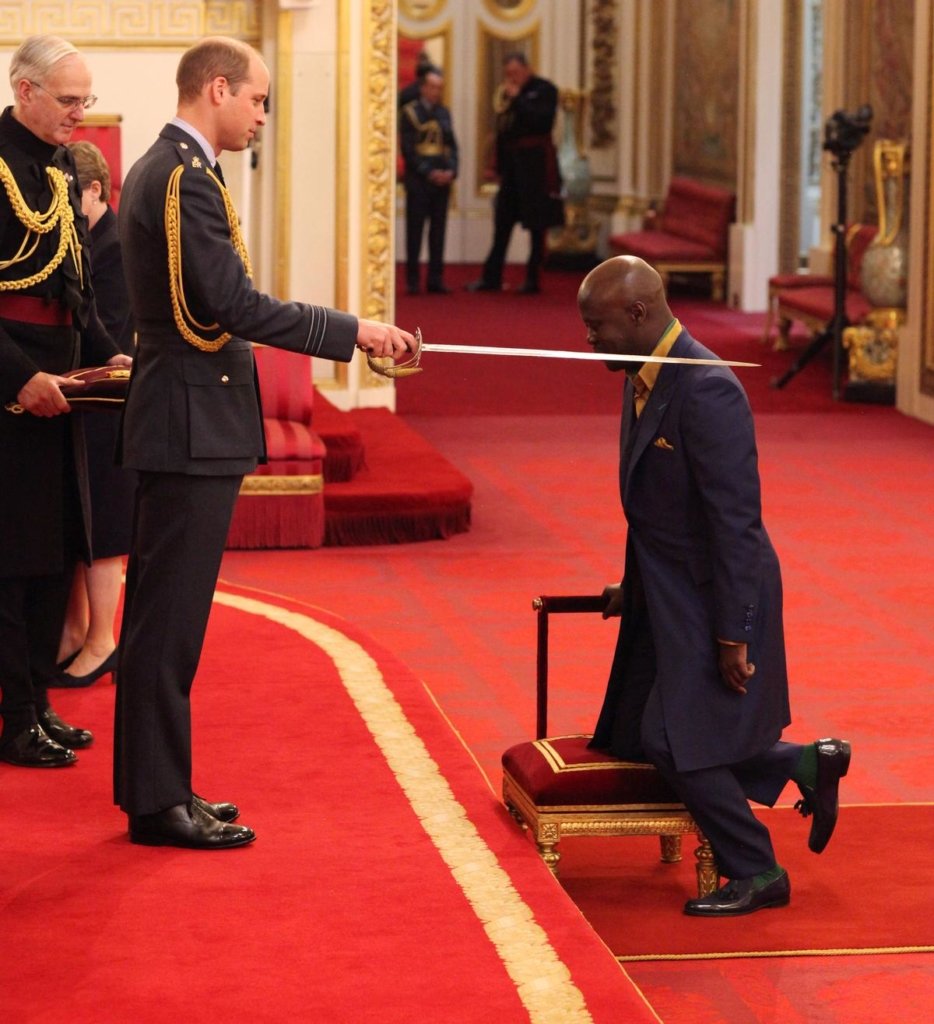