At the age of 20, Ethiopia’s Derartu Tulu became the first black African female athlete to win an Olympic gold medal after she decisively won the women’s 10,000 meters race at the Barcelona Olympic Games in 1992.

The race in Barcelona, in which Tulu and her South African competitor Elana Meyer maintained a significant lead all through the laps, is touted as the race that launched her successful career in athletics.

Unfortunately, the celebrated athlete was forced to stay out of the subsequent competitions in 1993 and 1994 due to a knee injury. But she made an outstanding comeback in 1995 at the IAAF World Cross Country Championships in Durham, England, where she won gold even though she arrived at the competition just an hour before the kickoff.

In 1996, she suffered one of her lowest moments in athletics when she lost the World Cross Country Championships after her shoe malfunctioned, forcing her to fight for position four. The same year, she finished fourth in the 10,000 meters race at the Olympic Games due to a knee injury.

After staying out of the competition for two years after she gave birth to her daughter Tsion in 1998, Tulu returned to her winning ways in 2000 when she won the 10,000 m Olympic race, making her the first woman in history to win the race twice in a short period of time. 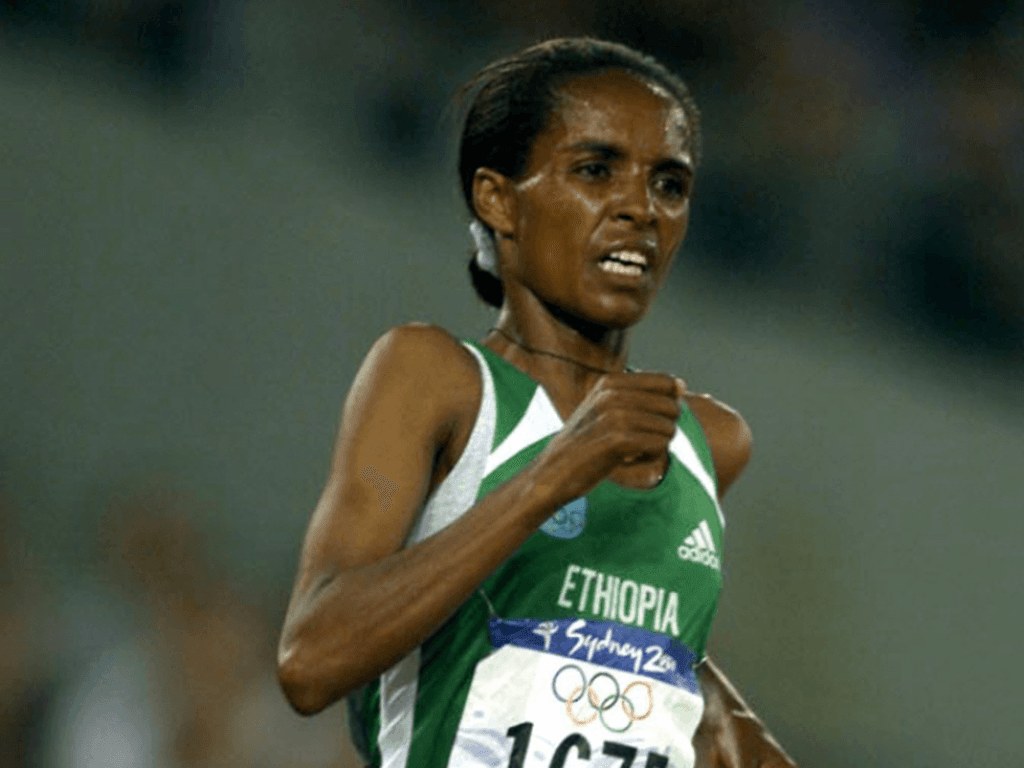 She also reclaimed her IAAF World Cross Country Championships title and went on to win her world 10,000 track title in Edmonton in 2001. The celebrated Ethiopian athlete has won other major titles, including the Summer Olympics, London Marathon, and the New York City Marathon.

Tulu is remembered for her supersonic speed, especially when she approached the finish line. A good example is her 60.3 second-last lap in the 10,000 m race at the Sydney Olympics in 2000.

‘From Grass to Grace’

Derartu was born in 1972 in a small village in the Arsi region, central Ethiopia, as the seventh child in a family of ten. Her star began to shine at an early age as she started excelling in races while she was still in elementary school.

Her first significant victory came during a school competition in the 1980s where she outran a start male athlete in a 400 meters race. She later recorded a decisive win in 800 meters at the district level.

From then on, her path to a successful career in athletics became clear and everybody knew she was destined for greatness.

Even though her title has, over the years, been passed to several other world champions, her position in the world of the world’s greatest athletes still remains unchallenged.