After his heroic act of saving the life of Slavia Prague goalkeeper Martin Berkovec in February this year, popular Togolese soccer player Francis Kone has been rewarded by FIFA with a Fair Play award.

The celebrated striker, who currently plays for FC Zbrojovka Brno in the Czech First League, received the award last night at the FIFA Best Ceremony in London. He was the only African soccer player to win an award at the event.

Kone is famed for his quick reaction to move Berkovec’s tongue and stop him from suffocating after he collapsed following a collision with his teammate Daniel Krch during a soccer match.

The Togolese player quickly turned the motionless goalkeeper on the side and used his fingers to pull his tongue back before the team’s medics could arrive to offer first aid treatment.

“I can’t stand there, watching someone suffocate, without doing something,” Kone told FIFA.COM in an interview, adding that he had previously been involved in several other similar incidents.

“I didn’t think too much about it the first time but now that it’s happened a second, third and a fourth time, it’s starting to get a bit much. The second time was traumatic for me because I could really feel the player slipping away.”

Despite the extensive media coverage he has gotten since the incident, Kone insists he is not a hero, asserting that only God can be a hero. 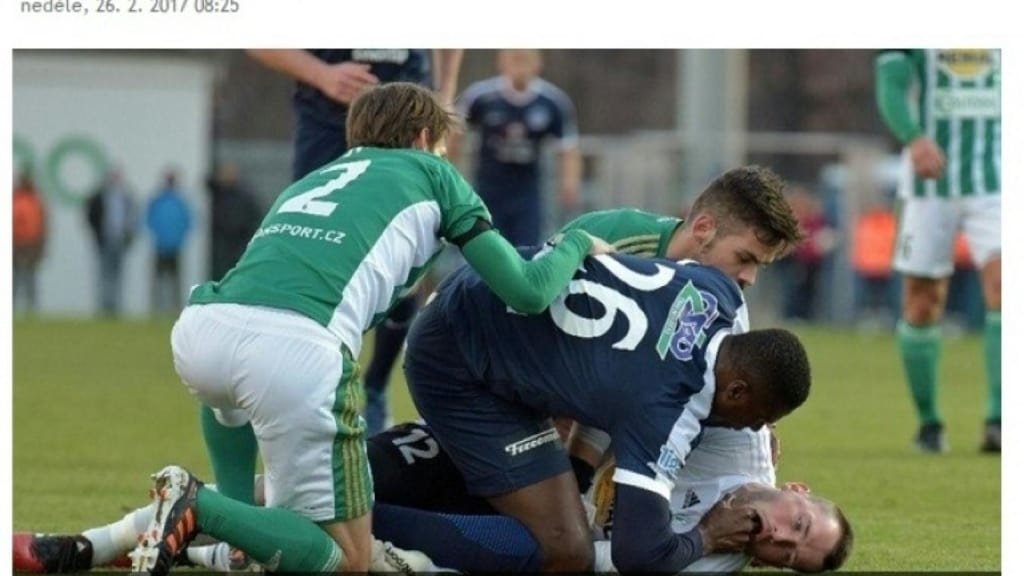 FIFA says the Ivorian-born Togolese striker is now a role model for “many, many people around the world”.

At only 26 years of age, Kone has made numerous accomplishments in his career and has so far played for a number of international football clubs, including Slovacko, Honved, Al-Musannah, and Olhanense.

But despite his heroic acts, Kone has had to deal with consistent racial attacks from European soccer fans, who often direct derogatory “monkey” chants at him while on the pitch. Although he doesn’t pay attention to most of the insults, he admits that the racist chants make him “sick”.