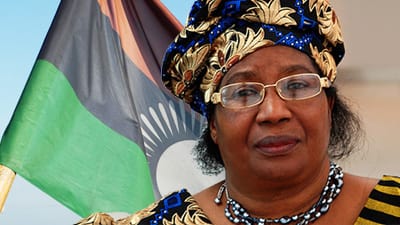 Joyce Banda: Joyce Banda became the first female president of Malawi in 2012 after several unsuccessful attempts in previous elections. She introduced major reforms such as selling off the presidential jet, slashing her salary, loosening foreign exchange controls and even devaluing the Kwacha at the recommendation of the International Monetary Fund – an economic move which has seen the Kwacha become the most performing currency in Africa. She is also the founder of the Joyce Banda Foundation International, which supports marginalized women and girls in Malawi.