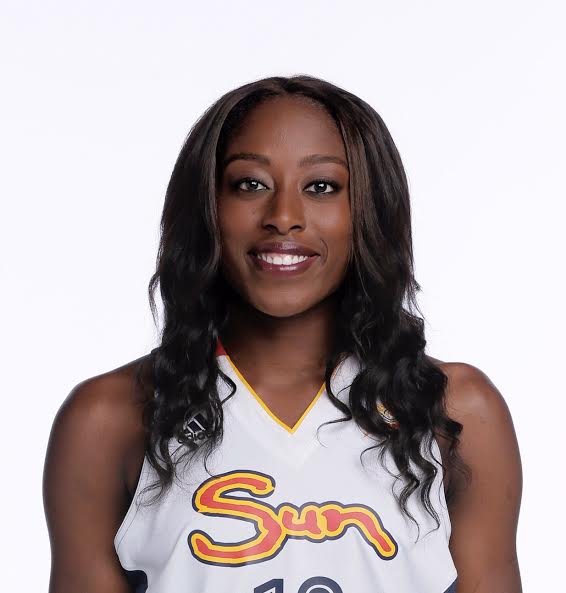 The 1st overall pick to the Connecticut Sun in the 2014 WNBA Draft from Stanford University, Chiney Ogwumike was the 2014 WNBA Rookie of the year and WNBA All-Star. As the top pick in the 2014 WNBA Draft, Chiney and her sister Nneka made history, joining Peyton and Eli Manning as the only siblings ever selected number one overall in a professional sports league.

The 6’4″ forward and Cypress, Texas native of Nigerian descent led Stanford to three Final Fours while distinguishing herself in academics, earning multiple honors for her academic success, including being named the 2014 Capital One Academic All-American of the Year and the Pac-12 Women’s Basketball Scholar-Athlete of the Year. Chiney and her sister Nneka have redefined the word “Nerd” through several music videos which they conceptualized and produced while at Stanford, celebrating the culture of the school in a movement entitled “Nerd Nation”.

Chiney is passionate about giving back and empowering the next generation. Chiney spent the spring of 2013 studying abroad in Nigeria where she successfully raised $30,000 to build a basketball court for underprivileged youth in an effort to break down barriers for girls in sports and instill confidence in the next generation. Chiney and Nneka partnered with UNICEF in 2014 to raise almost $10,000 for girls’ education and empowerment in Nigeria. Chiney has made numerous trips to Africa with NBA Africa and other nonprofits to help launch youth engagement initiatives using basketball as a tool for development, including a 2017 trip to Rwanda with nonprofit Shooting Touch to celebrate International Women’s Day.