Elephants are keystone species that maintain the local system and removing them leads to a deterioration of the ecosystem. In other words, the loss of elephants from a particular site would mean that all the biological interactions and ecosystem processes in which they are involved, would also be lost, according to scientists.

Yet, the very existence of these wonderful species into the future is currently unknown, no thanks to the long history of poaching. 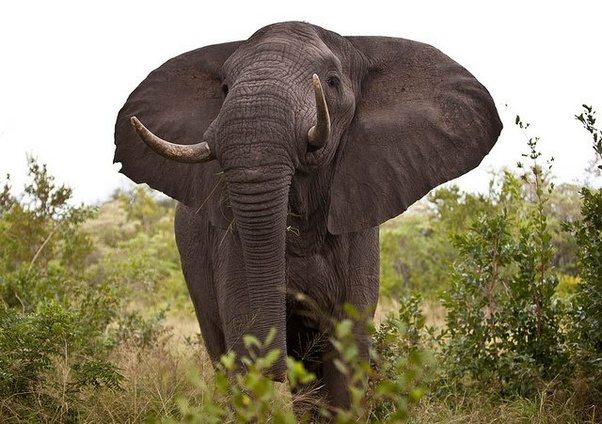 Elephants have long been desired for their ivory, and have a long history of being poached

In the mid-70s, Africa had 3.5 million elephants that roamed in over 37 countries, but Africa today hosts 350,000 elephants and some countries have no elephants due to poaching surge, according to Elephant Neighbors Center, a non-profit organization.

It is against this backdrop that Jim Nyamu, a Kenyan environmentalist for almost three months now, has been on a gruelling 4 200 kilometres walk from Kenya to South Africa dubbed East-Southern Africa Elephant Walk. 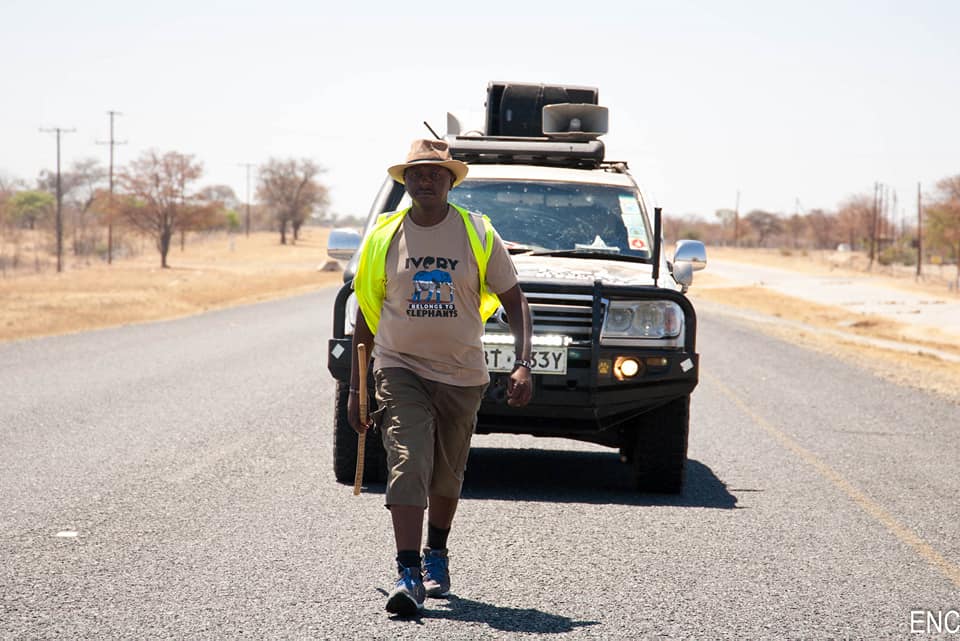 Nyamu is walking to highlight the plight of elephants

The walk, which runs from July to December, aims at raising awareness about the plight of elephants, championing the ban on ivory trade and wildlife trophies as well as advocating for stringent laws to curb wildlife poaching.

Nyamu has so far walked more than 3000 kilometres across Tanzania and Zambia, walked 600 km in Zimbabwe and has crossed to Botswana, intending to make it to Malawi before South Africa.

Now known by many as the Elephant Man, Nyamu noted that the four-month journey also seeks to bring the world-famous corridor together to ensure that poaching is completely exterminated and the locals also play their part to conserve elephant for posterity. 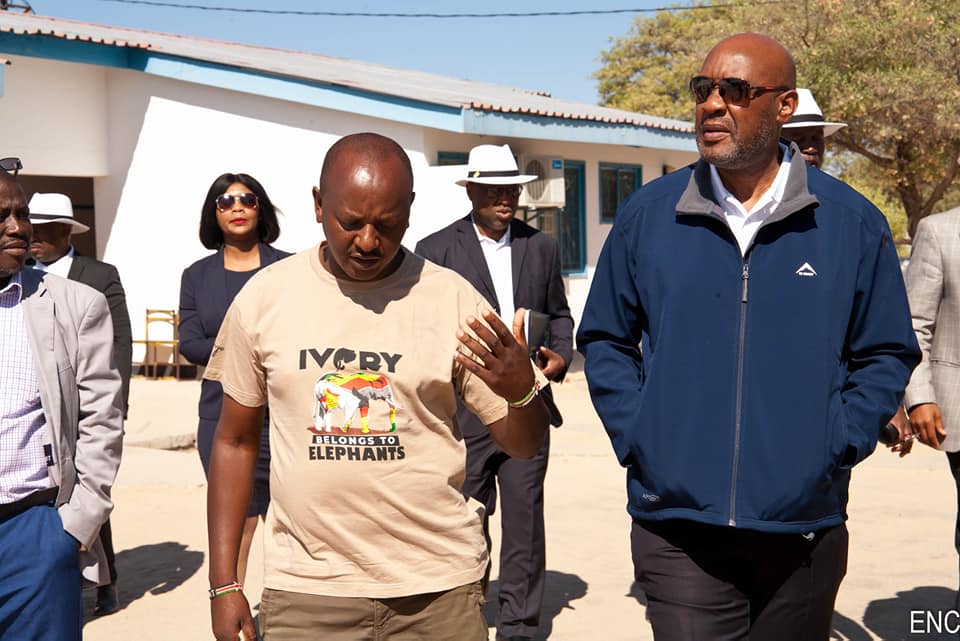 Nyamu has been well-received by areas he visited

In areas he has visited so far, he has been welcomed by officials who express appreciation at the historic move he has taken.

On entering Zimbabwe recently after spending about 30 days in Zambia, Nyamu was accompanied by the Zambian team of conservationists and Livingstone Mayor, Eugene Mapuwo.

“We are confident that the walk will bring about the desired results, that it will motivate us all to work towards conserving the wildlife heritage,” Mapuwo remarked.

A handover ceremony was subsequently done at the port of entry with the symbolic handing over of the national flag to Nyamu to signal the start of his campaign in Zimbabwe. 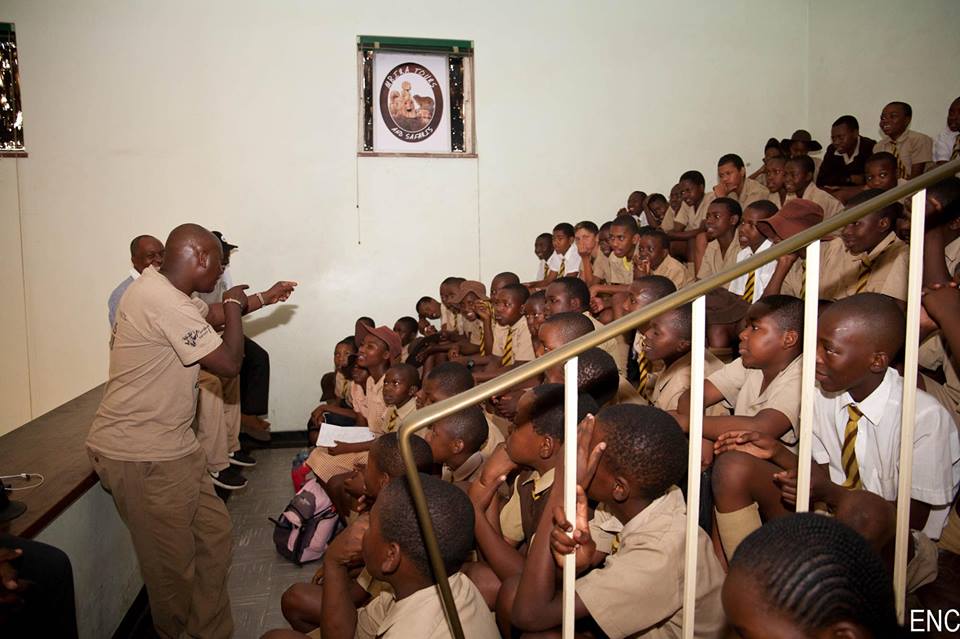 Nyamu and his team preaching against poaching

The walk, Nyamu admits, has been adventurous but not without some difficulties. Yet, the environmental activist is so passionate about his move that he is willing to risk it all to preach the gospel of anti-poaching.

“We must unite as Africa and work together in ending the scourge of poaching. We are being united on the campaign by the elephants and we do have common challenges let us work together in making Africa great,” he said in Zimbabwe.

During his walk, Nyamu often stops to educate the public and officials on the importance of the elephants to socio-economic development. 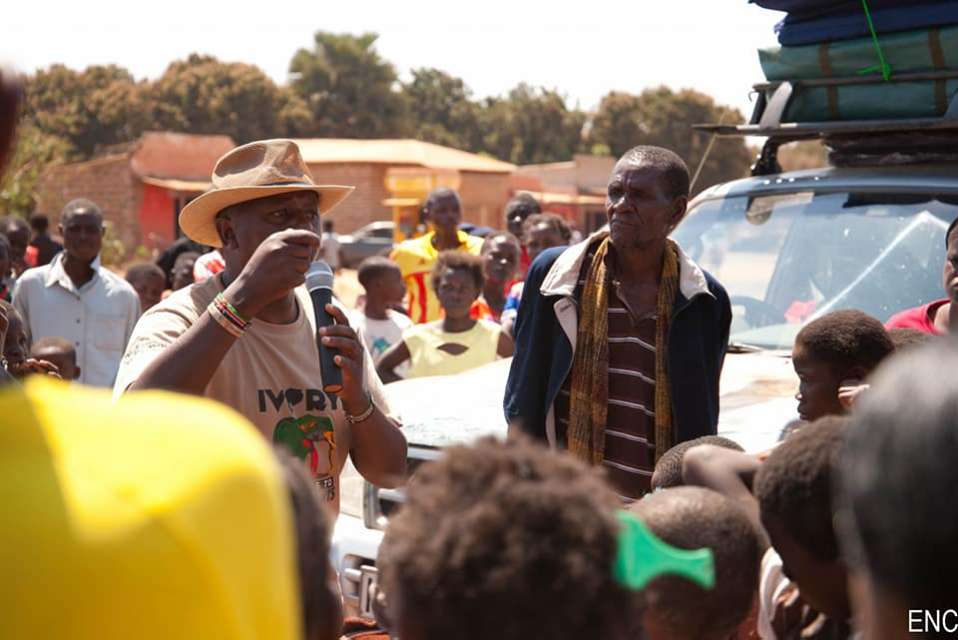 Nyamu educating the public on the importance of elephants

After completing another awareness campaign walk in the United Kingdom in December last year, Nyamu said he chose the underlying African countries for his walk because they have a unique natural habitat for poaching and are more likely to lose wildlife through poaching.

The illegal poaching trade in Africa, according to a recent 2013 estimate, is worth more than $17 billion dollars a year.

Poachers use a wide range of tools, including helicopters, military-grade weaponry and poisoned pumpkins to bring down their targeted herd, sometimes killing wildlife rangers in the process. 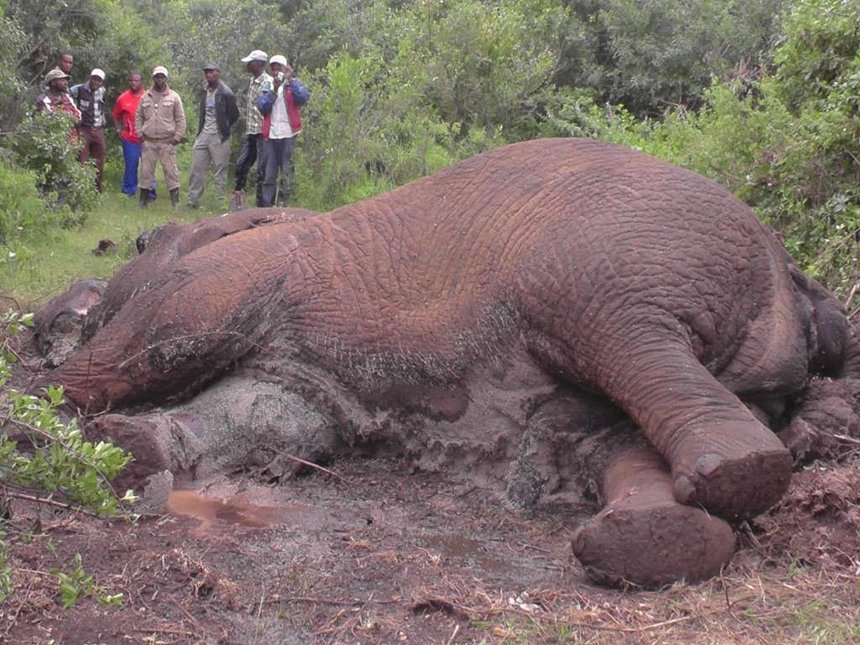 The tusks are transported through a network of African gangs and corrupt government officials and end up in China, where the demand is high as they are used for arts and status symbols like bracelets, combs and statuettes. 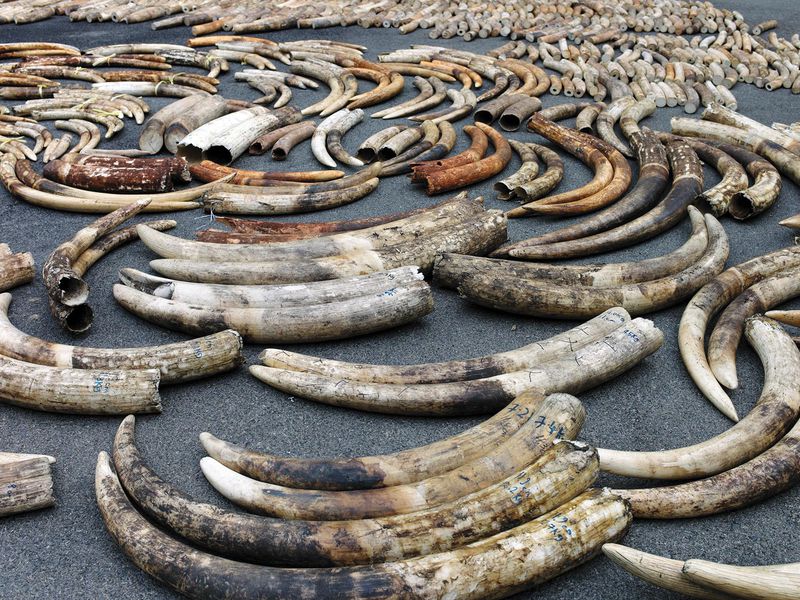 The price of ivory so high that the tusks from a single elephant could be worth more than $100,000 — Smithsonian Magazine

Reports say that due to the high demand, a tusk from a single elephant could be worth more than $100,000 and this has encouraged many hunters and traders in Africa to hunt for more elephants.

Last year, there were hopes that the ivory boom will be over due to a fall in the price of the product. According to Save the Elephants, a respected wildlife group in Kenya, the wholesale price of an elephant tusk was $2,100 a kilogram in 2014 but in February 2017, it was $730.

The wildlife group attributed this to harsher economic times, a sustained global advocacy campaign and China’s apparent commitment to shutting down its domestic ivory trade.

Yet, there are still others out there who can’t put a stop to this thriving black market and that is what Nyamu and other environmentalists are campaigning against.