It was surprising to many when Omoyele Sowore, the “radical” owner and founder of New York-based Nigerian online news agency, Sahara Reporters, announced his intention to run for president in 2019.

His February announcement placed him in the league of men who believed that change will not come from a distance, but will take a hands-on approach to place Nigeria where it ought to be – the league of great nations. 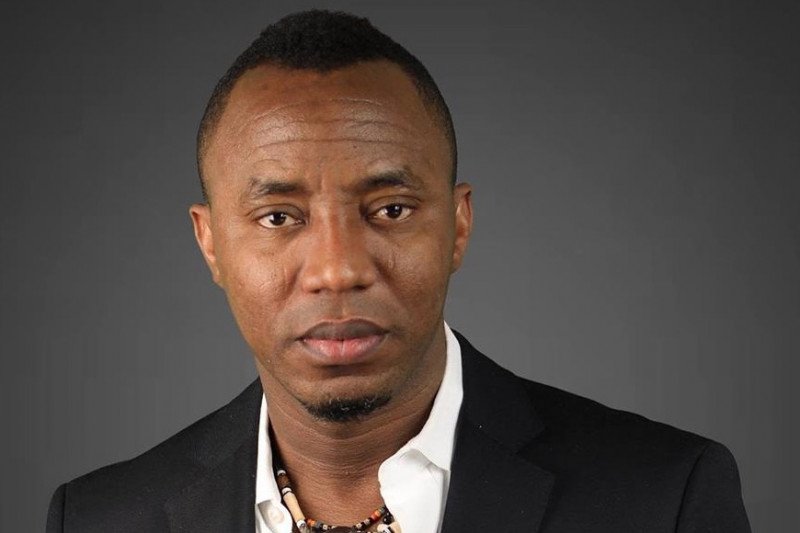 47-year-old Sowore is a popular human rights and anti-corruption activist, while his news portal – funded independently with support from the Ford Foundation and Omidyar Foundation – has always been critical of the Nigerian government since its founding in 2006.

Last month, the publisher founded his political party, the African Action Congress (AAC), which will run against incumbent Muhammadu Buhari’s All Progressives Congress (APC) in the 2019 presidential polls.

Sowore’s campaign message is simple: kick out the 75-year-old “analogue” president for him, a “digital” option who will eliminate corruption, create jobs, increase salaries and place the country on a fast track to development.

One of his most recent campaign promise was to transform the country into a marijuana exporting giant which can bring billions of dollars in profits.

“We have to start taking care of our weed – Igbo. Some of the best weed in the world are grown in Ekiti state [western Nigeria], and people are making billions out of that particular product, that particular plant that is very potent in Nigeria. We should be focusing on it,” he said at a forum.

“NDLEA [National Drug Law Enforcement Agency] should get the notice in advance that Nigeria will be exporting weed to cure cancer in other parts of the world instead of chasing after people who are growing weed, whereas they’re not chasing after our politicians who are taking cocaine in their houses,” he added.

Marijuana is widely grown in Nigeria despite being illegal. Its possession alone is punishable by a minimum sentence of 12 years in prison and life imprisonment in trafficking cases.

The Ondo State indigene, Omoyele Sowore, will have a huge task of first winning the election and then convincing the Nigerian legislature to decriminalize and allow its cultivation and export which is slowly becoming a huge revenue earner for the United States.

Omoyele Sowore was born in the Niger Delta region and raised in a polygamous home with sixteen children. He was exposed to politics and activism early which cost him two extra years at the University of Lagos where he was expelled twice.

He has led thousands of Nigerian students as the President of the University of Lagos Student Union in violent demonstrations against the government between 1992 and 1994.

He moved to the United States where he graduated with a Masters degree in Public Administration from Columbia University. His zeal for a corrupt-free Nigeria pushed him to start Sahara Reporters in a small room in Manhattan in 2006.

Omoyele Sowore is raising $2 million to fund his election campaign to “Take Back Nigeria and place our nation firmly on the path to greatness!”