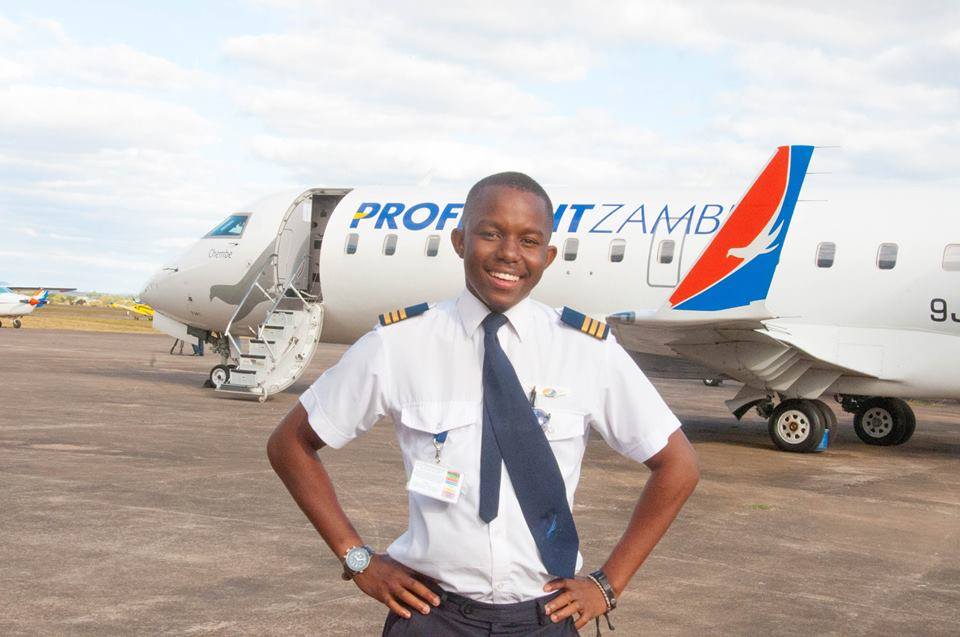 He became Zambia’s youngest pilot at the tender age of 20 after receiving his commercial private license in 2016.
He has since joined Zambia’s Proflight’s team of pilots, operating across Zambia, as well as, Malawi as a First Officer.

Born in Kitwe in Zambia’s Copperbelt, Kamwendo has always dreamt of becoming a pilot and flying a commercial aircraft.

After graduating from secondary school in 2011, he enrolled in an air training school at Port Alfred, in Eastern Cape, South Africa in 2012.

After three months, he attained a private pilot’s licence. At just 18, he got his commercial private licence upon completion of 200 hours of flying an aircraft.

A year and nine months after he started flying Proflight Zambia, the 22-year-old clocked 1,000 hours of flying during an early morning flight from Lusaka to Mfuwe. This brought him closer to the 1,500 hours mark, at which point he can sit an exam to achieve his Senior Officer licence.

With a further 1,000 hours under his belt, he can apply to become a captain.