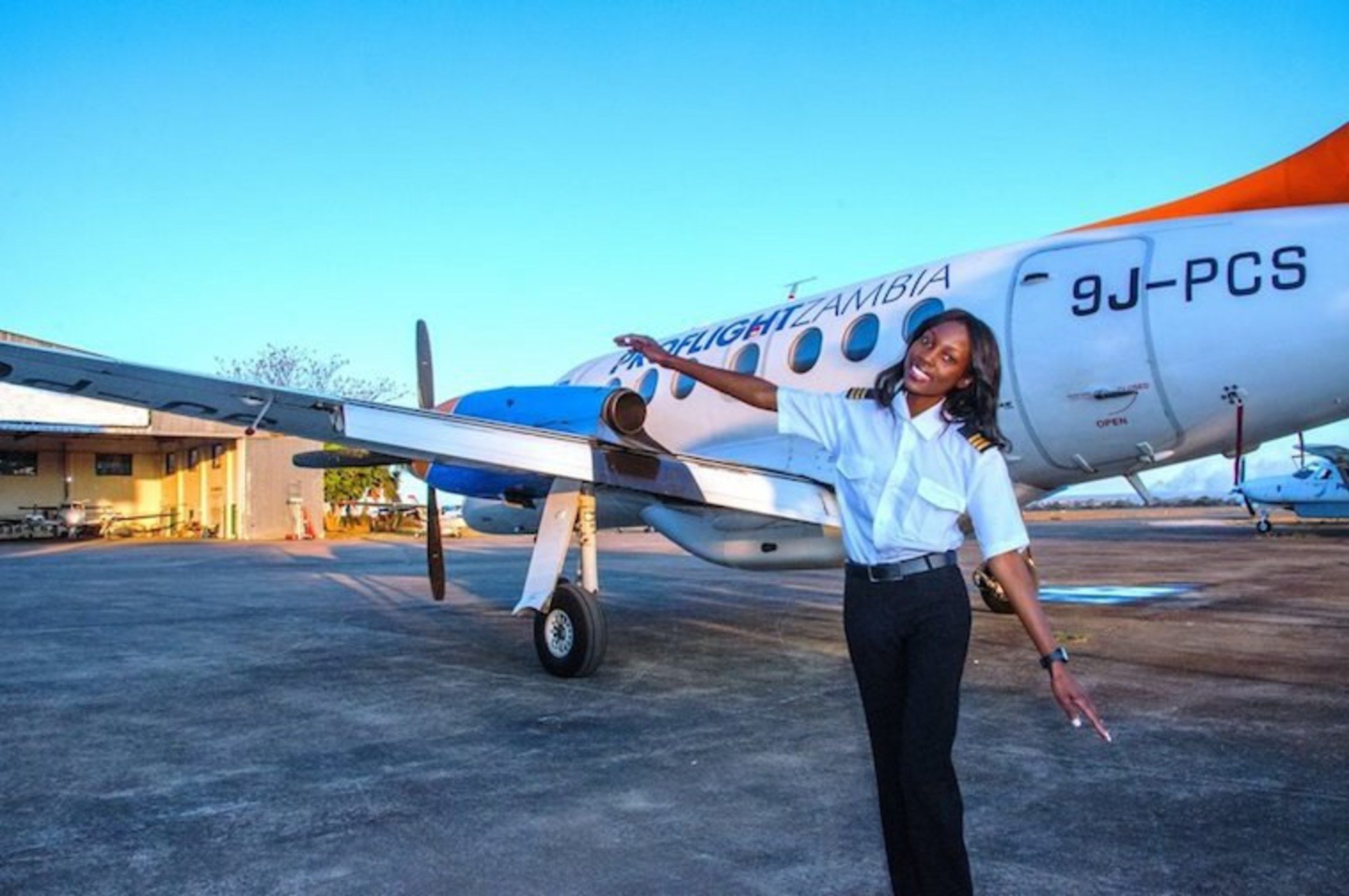 She shattered Kamwendo’s record of being the youngest pilot in Zambia when she became the country’s youngest commercial pilot at the age of 19.

Now with Proflight Zambia, the 22-year-old enrolled in the South African Flight Training Academy in Heidelberg after high school in 2013.

She later took a more complex training at SIMU flight in Pretoria to obtain her Commercial Pilots Licence when she was 18.

Mumba has since been a copilot with Proflight Zambia, flying to various destinations in Zambia.

She first wanted to become a cabin crew member but later realized that being in charge of the aircraft is rather ideal.