On Friday night, many parts of Kenya were awash with jubilation as supporters of the now President-elect Uhuru Kenyatta took to the streets to celebrate his reelection.

In Kenya’s capital Nairobi, supporters of Mr. Kenyatta gathered at the Kenyatta International Conference Center (KICC), where the ruling party Jubilee Party (JP) had set up its temporary headquarters throughout the electioneering period.

Dressed in red t-shirts, the official color of JP, Uhuru’s supporters danced and chanted songs of victory as popular local musicians entertained them throughout the night at the thanksgiving fête organized by a group calling itself the Friends of Jubilee Foundation. 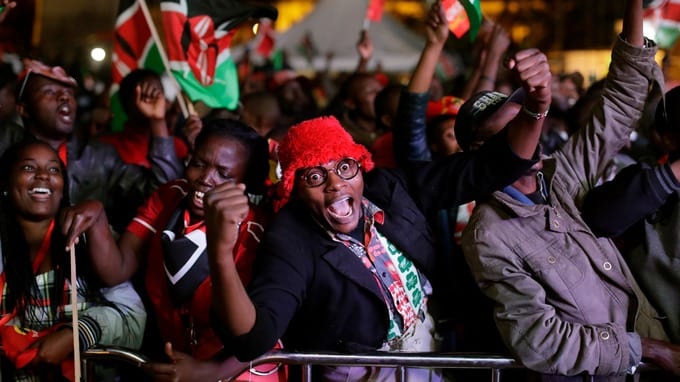 Similar scenes were also witnessed in other major towns across the country, including Eldoret, Nyeri, and Gatundu – the hometown of Mr. Kenyatta.

The declaration of Mr. Kenyatta as the winner was a sigh of relief for JP supporters after three days of uncertainty about the presidential results, seeing that Mr. Odinga, the leader of opposition coalition National Super Alliance (NASA), had already raised concerns over the manner in which results were being transmitted from local polling stations to the national tallying center. 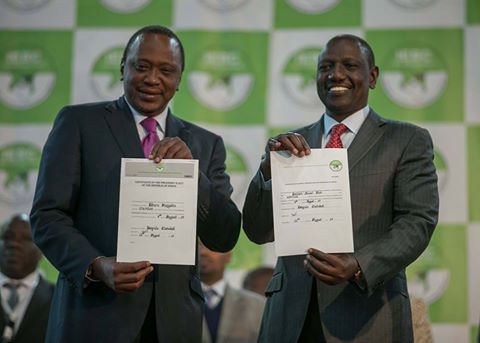 Odinga alleged that IEBC’s results transmission system had been hacked and was transmitting “fraudulent results” in favor of the incumbent. He even released documents purporting to support his claims of hacking, but the IEBC later issued a statement saying its system was secure.

Despite the numerous congratulatory statements issued by local and international election observers to the IEBC for a job well done, Mr. Odinga has rejected the presidential results, terming the whole electoral process as a “sham”.

Consequently, his supporters in different parts of the country, especially in his strongholds, have been engaging the police in running battles as they protest the declaration of Mr. Kenyatta as the winner.

A Return to Dark Days

So far, 24 people have been reported dead in the protests, although the opposition puts the number of casualties at about 100. Mr. Odinga has called on his supporters to boycott work on Monday as they await his official statement on Tuesday on the way forward.

Many Kenyans and international observers are now worried that the country could be heading back to the post-election violence witnessed in 2007. In a statement on Sunday, the United Nations Secretary-General António Guterres urged Mr. Odinga to concede defeat and advised opposition supporters to “refrain from violence”.