As Kenyans and the rest of the world eagerly await the final vote tally and the official announcement of results from the August 8th general elections — described as the most keenly contested election yet in the country’s history — Face2Face Africa brings you some of the side attractions of election day across Kenya.

Baby at the Polls

Determined to cast her vote for her choice of candidate, heavily pregnant Paulina Chemanang made her way to one of the 43,000 polling stations in the country.

But shortly after she arrived at Konyao Secondary School in West Pokot county, she went in to labor, and with the assistance of bystanders, gave birth to a baby girl while still at the polling station. She was later moved to a local health clinic. 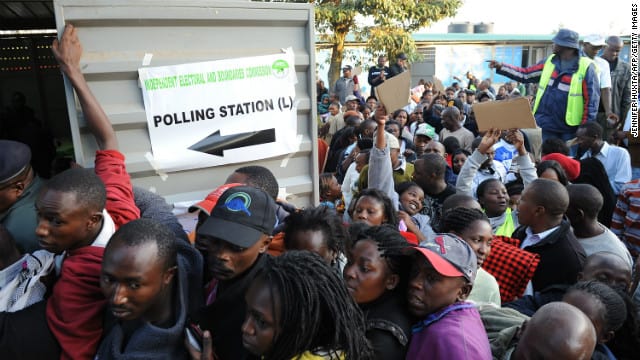 Citizens queue up to vote at a Kenyan polling station. Photo credit: Gistflick

And believe it or not, Chemanang returned after a few hours to cast her vote.

“I had no labor pains, and they just came as soon as I arrived here. I was not feeling anything since yesterday,” Chemanang told reporters.

“Now I am happy, because I have given birth and I have voted. Having given birth at a polling station is a blessing to me and I thank God.”

She promptly named her daughter Chepkura, which translates to “elections” in Swahili. 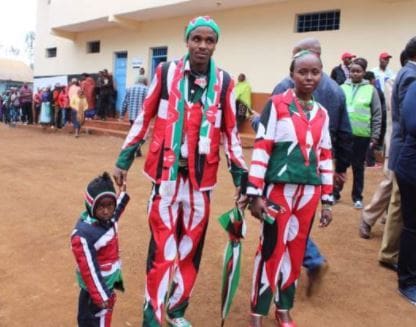 In a too-close-to-call election that many fear could split Kenya along ethnic lines and result in widespread violence, a family of three in Gatundu, Kiambu county, decided to turn up at a polling station dressed from head to toe in the Kenyan flag.

James Kimani told reporters that he always wears a suit made with the Kenyan flag on public
holidays and occasions of national importance. He called on all Kenyans to shun violence irrespective of which candidate wins the elections. 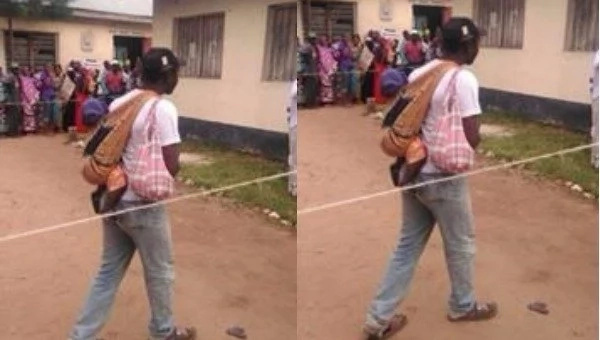 In Africa, it is uncommon to see men playing the role of a childminder. So it was with a mixture of surprise and mirth for voters to see several Kenyan men arriving at polling stations with toddlers strapped to their backs.

If you are wondering why so many men willingly took up daddy duties on election day, it is because it is normal in Kenya — like much of Africa — to give the aged, pregnant women, and nursing Mothers preferential treatment in queues.

But some men also looked to exploit that privilege, with pictures of these opportunistic men going viral on social media. 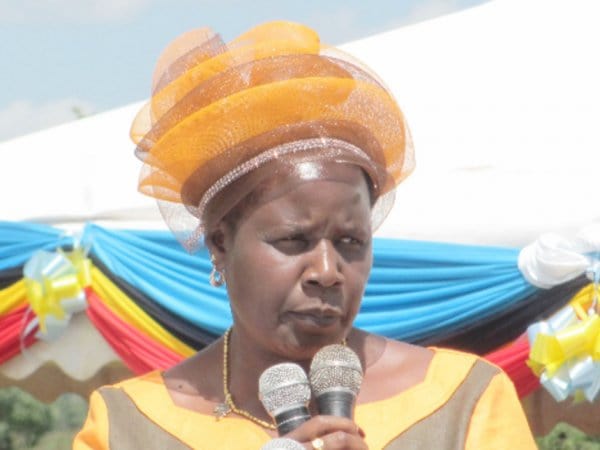 While many have expressed fears that the outcome of the polls, especially the result of the presidential election, could split the country, the elections appear to have already torn apart a prominent family in western Kenya even before the first vote was cast.

Beatrice Kones, a former government minister, is contesting for the parliamentary seat in Bomet East on the platform of the ruling Jubilee party, but her closest contender is none else than her own son, Kevin Kones, who is contesting under the Chama Chas Mashinani (CCM) party. 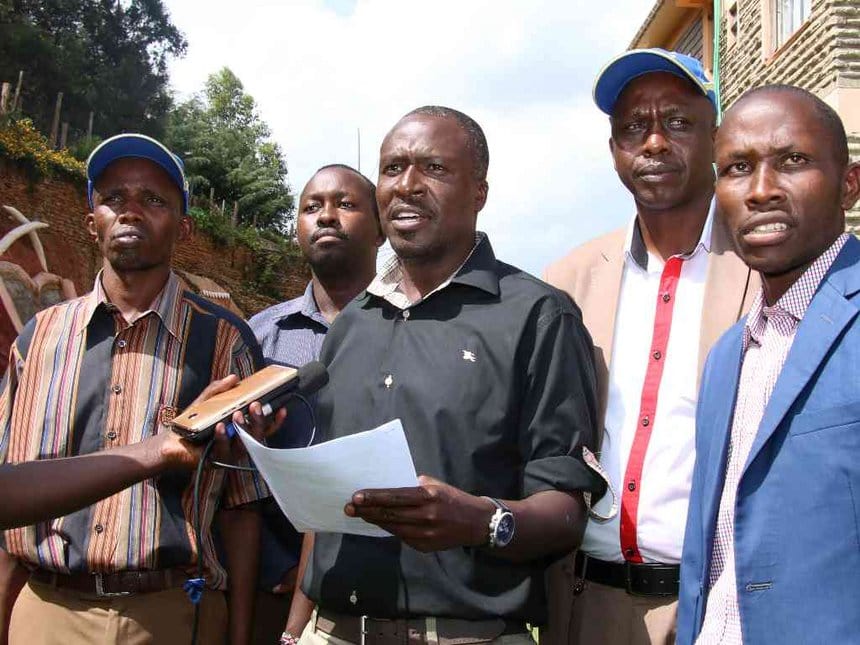 Ms. Kones told local newspaper The Star that she believed her rivals were using her son to undermine her politically. Ahead of the elections she told her supporters that she is confident that she will defeat her son and reclaim the seat she lost in 2013.

Her son Kevin, however, insists his actions mirror the footsteps of his late-father.