Professor Peter Anyanga Nyong’o has been elected governor of Kisumu County on the platform of the opposition National Super Alliance (NASA) coalition party.

Nyong’o is the Father of Mexico-born, Oscar-award-winning actress Lupita Nyong’o. The college-professor-turned-politician won 63 percent of the votes, defeating his rivals Jackton Ramguma and Christine Otieno, according to Sahara Reporters. 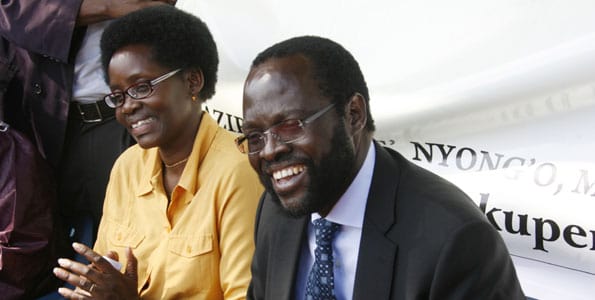 He later moved to Mexico, spending three years as a visiting lecturer at El Colegio de México, where Lupita was born.

In 1984, Professor Nyong’o returned to Kenya with his family and took up a teaching position at the University of Nairobi. He later got involved in politics and served as a nominated MP between 1998 and 2002.