South African artist and the winner of the prestigious 2016 Standard Bank Young Artist Award, Mohau Modisakeng, has put together unique self-portraits that capture South Africa’s history during the post-Apartheid era.

The portraits, which were produced in the municipal yards of Nbabeni, Cape Town, have become the special artwork, entitled “To Move Mountains,” which is currently showing at Laumeier Sculpture Park in the United States, reports St. Louis Public Radio. 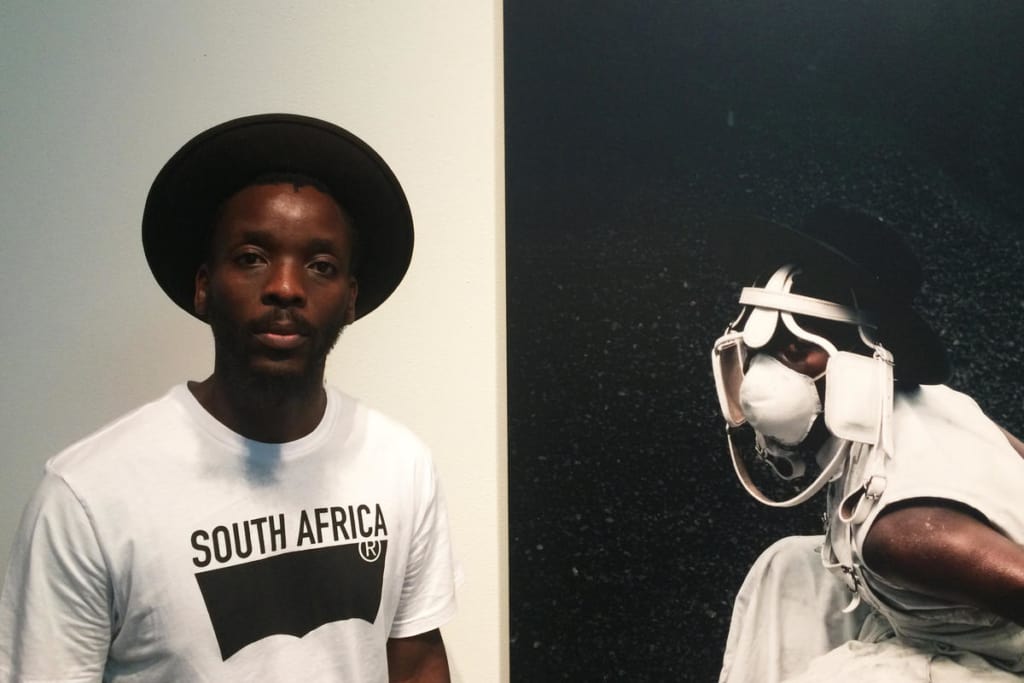 The 30-year-old South African born artist (pictured left) says his artwork offers a look in to how artists in other countries address racism and include images of Black people. He adds that his approach is both personal and political.

“I’m concerned about my own heritage, trying to understand how I’ve arrived where I am as a Black South African in [the] post-Apartheid moment, and most of the answers seem to be in the past,” Modisakeng says.

Surrounded by heaps of asphalt in an open field, the artist uses a cow-hide apron, trillby hat, and blinkers to depict the post-Apartheid period, when the South African authorities were struggling with a bubonic plague outbreak in Cape Town.

The authorities set up a field hospital and isolation camp outside Cape Town, where the Apartheid government detained Black migrant workers, a practice that defined the kind of racial segregation that existed in South Africa in the early 1980s. 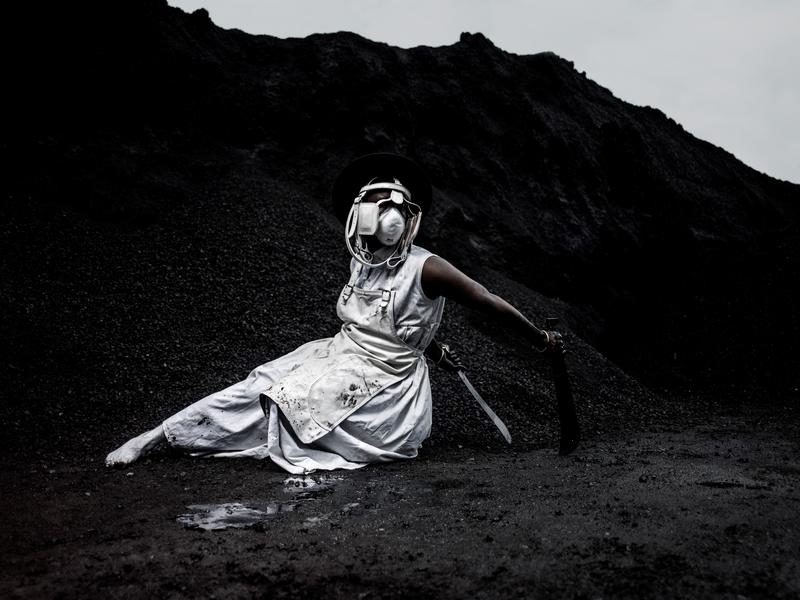 The portraits capture the history of racism and economic inequality that Black South Africans suffered in those times, and perhaps to a lesser degree, continue to suffer today.

“I would like viewers to understand that memory has a way of connecting our bodies to the landscape, and I think that the landscape or the terrain itself has this memory underneath it. I would like for the audience to place themselves in these images, replace this figure they see in the photographs with their own image, and how they imagine the photographs work,” Modisakeng says.

Reaching Out to Blacks Worldwide

Modisakeng believes that his work resonates with a large segment of the Black community in the United States since they have suffered similar oppression in the past.

His sentiments were echoed by Laumeier Sculpture Park Executive Director Marilu Knode who believes Modisakeng’s artwork is relatable to people outside South Africa. 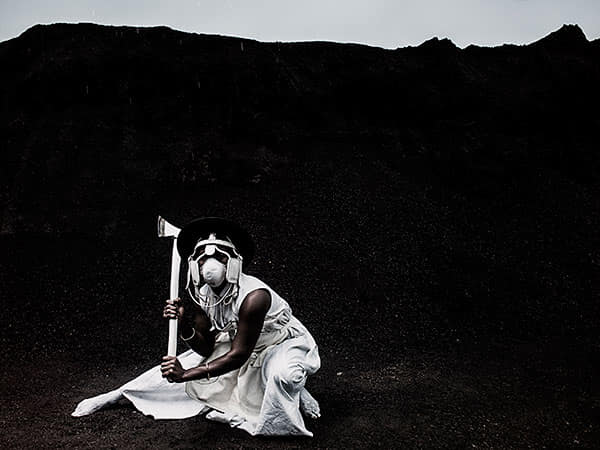 Knode says that the video “To Move Mountains” deals not just with the physical landscape, but also the social, cultural, and political landscapes that shape our lives.

“Mohau’s work has resonance not just for St. Louis, today, but for our country and the conversations we’ve been having since our last Civil Rights Movement of the 1960s,” Knode says.

In Modisakeng’s work, the cow-hide apron symbolizes wealth and a higher social class in the traditional African society, while the horse blinkers indicate how the dominant historical narrative can control people’s view of themselves and their culture by omitting a broader worldview.

The trillby hat represents manhood and the generation of Modisakeng’s father who sometimes adopted the White man’s ways to show they were part of the urban society.