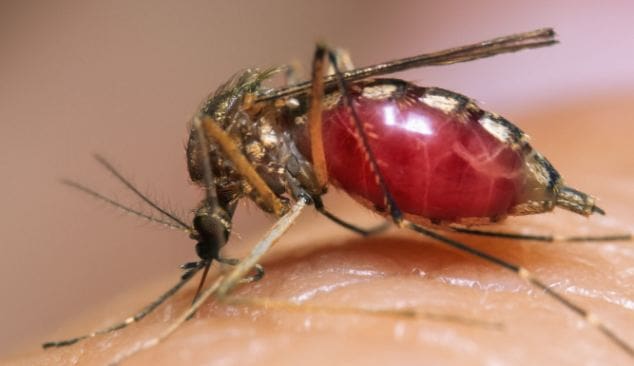 Egyptian researchers have developed a novel way to exterminate mosquitoes, and their natural, environmentally safe technique has gotten the attention of neighboring nations and the World Health Organization (WHO), reports SciDev.

The technique uses chlorophyll from plants and then sprinkles it on mosquito-infected waters.

The technique involves adding a derivative of the plant pigment chlorophyll to wetlands infested with the aquatic larvae of mosquitoes.

Abdel-Kader’s collaborator, Tarek El-Tayeb, a biologist at Cairo University, says: ‘We extracted the chlorophyll from green plants and transformed it into a powder which was sprinkled in places where the larvae are found.

“The larvae climb to the surface of the water for oxygen. Then they feed on the powder, which has been manufactured to float on the surface.”

“In plants, El-Tayeb says, chlorophyll absorbs sunlight and passes on its energy so that plants can build their sugary fuels from carbon dioxide. But in its powdered form, the chlorophyll instead transfers the sun’s energy to dissolved oxygen inside the larvae. The resulting form of oxygen is unstable and so reacts with the cells’ components, damaging them and ultimately killing the larvae.”

So far, the technique has had an efficacy rate of between 85 to 100 percent in trials in the Ugandan, Ethiopian, and Sudanese wetlands.

Each year, mosquito-related diseases claim tens of millions of lives.

In addition to being environmentally sound, the method has reportedly had no effect on mosquitoes’ predators, such as dragonflies.

Consequently, the nations of South Sudan and Somalia have already signed on to have the technique implemented in their countries.

El-Tayeb adds: “The powder is effective for 21 days and the bfextraction process itself is not expensive at all. We should consider large-scale implementation.”