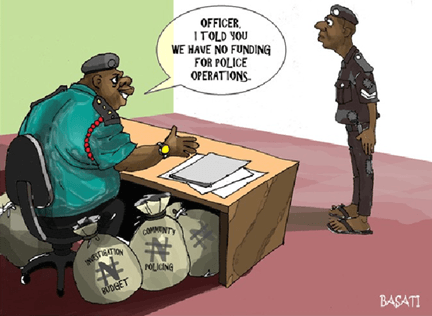 Anti-corruption non-governmental organization Transparency International (TI) has released its list of most — as well as least — corrupt nations, and 40 of Sub-Saharan Africa’s countries have landed on the most-corrupt part of the list, reports BBC.

Using its annual corruption index, TI measures how likely a society will punish corrupt government officials as well as how high are its overall corruption levels.

TI’s investigations indicate that there is a direct correlation between war and corruption: countries that are war torn, have compromised or “weak” courts and police, and lack an independent media tend to have the highest levels of corruption.

By TI’s calculations, the countries ranked as the most corrupt in the world are Somalia and North Korea.

Conversely, those nations where public sector corruption is the lowest include countries where there is clear transparency on how money is spent. These nations’ judges also make no distinction between the poor and the rich.

Regarding African countries, TI gave honorable mentions to both Ghana and Senegal.

The film forced the suspension of seven High Court judges and 22 lower court judges for being caught on camera taking bribes.

In light of Anas’ film, TI said that Ghanaians have “worked hard to drive out the corrupt.”

In Senegal, the government of incumbent President Macky Sall was noted for introducing a number of anti-corruption laws, with TI stating that the West African nation was one of the countries (in addition to Greece and the United Kingdom) to have the most-improved scores on the corruption index.