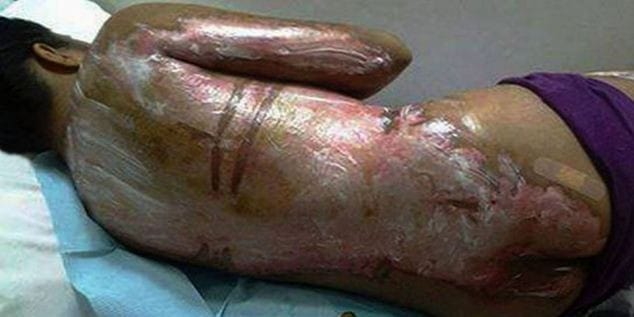 A group of Ugandan women were flown out of Saudi Arabia this week by their government and returned home, after being victims of human trafficking, reports the BBC.

RELATED: IN KUWAIT, AFRICAN WOMEN ARE BEING ‘SOLD, TREATED LIKE SLAVES’

Seven women who thought they were relocating to Saudi Arabia for work as house maids ended up in a shelter in the city of Riyadh, because they lacked the funds to pay for their flights back home.

In addition to confirming that the group of women were returned home, Ugandan Saudi Arabia Ambassador Rachid Yahya Ssemuddu explained that for the other 18 Ugandan women also found at the shelter, the majority of women were victims of “human trafficking.” 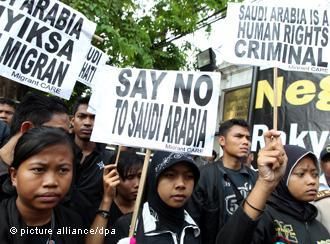 Many of the young girls were brought to Saudi Arabia on promises that could not be met by those recruiting them, ~ Ssemuddu said.

Uganda has now joined Indonesia, Ethiopia, and the Philippines in banning its women from being recruited as maids in Saudi Arabia, but unfortunately, what’s happening to these women isn’t new.

Last year, Face2Face Africa reported on the “slave”-like experience of many African women in neighboring Kuwait.

In the capital city of Middle Eastern nation Kuwait, African women hailing from Sierra Leone, Cameroon, Kenya, and Ethiopia, are being duped into lives of servitude, after they are promised nursing and hotel jobs abroad.”

…According to a number of “housemaids” that were interviewed, once the agents made their profit off of the “sale” of a woman, they usually never heard from or saw these agents again.

In fact, the “lives” waiting for them at these gated mansions are ones where they are expected to work 22 hours a day.

In addition to working around the clock, women explained being sexually assaulted, beaten, and deprived of their salaries.

Another story that stands out is “Almaz’s,” an Ethiopian, whose harrowing story is retold in the comic strip below.

After being stripped of her passport upon her arrival in Saudi Arabia, she would endure the customary beatings from the wife and rape from the husband. 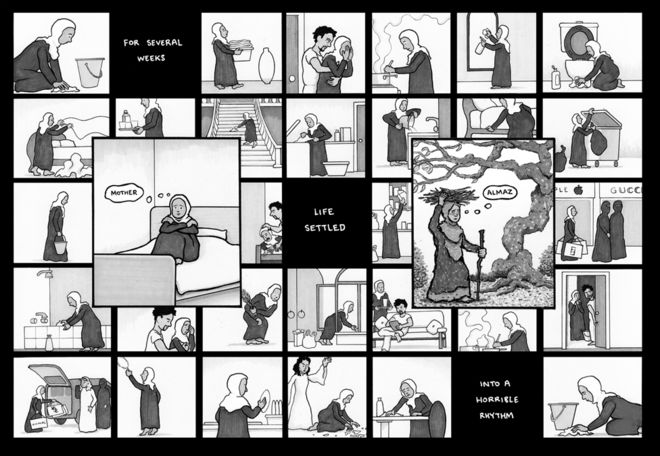 She was often beaten by the wife for requesting payment, which her mother desperately depended on in Ethiopia.

Almaz would finally be returned to her homeland…after the wife pushed her out of a window in anger and damaged her back. 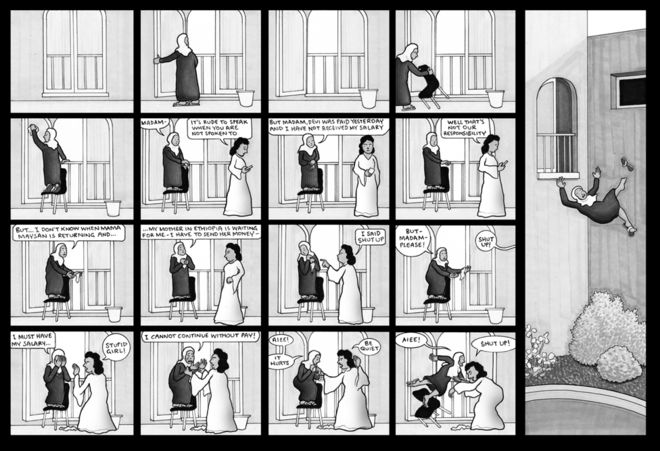 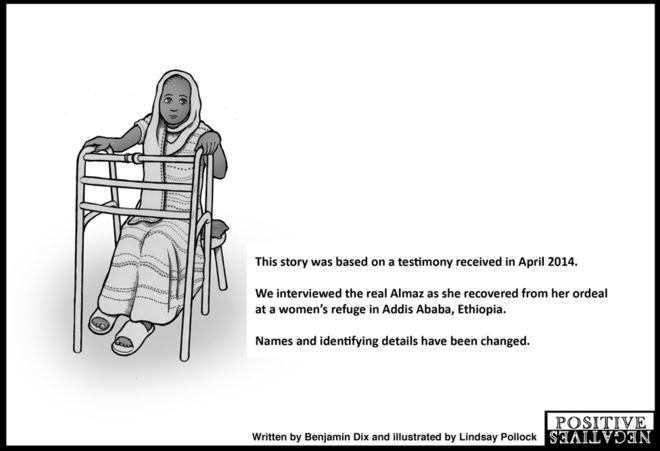