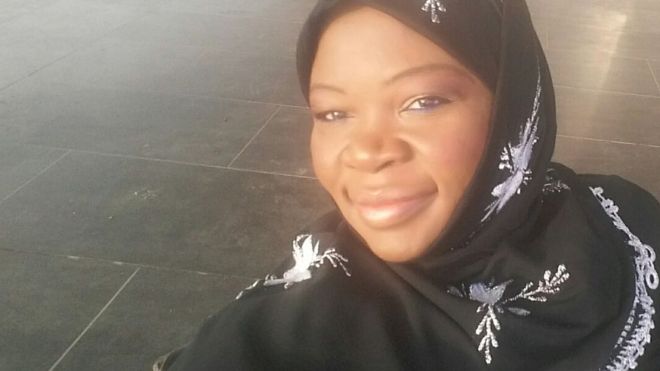 Black Saudi Arabian Nawal al-Hawsawi (pictured) has been nicknamed the “Rosa Parks” of her nation for continuing to counter racism and gender inequality, even though she has been aggressively targeted by her detractors, reports BBC.

In 2013, al-Hawsawi would become nationally known after she was insulted at Saudi Arabia’s National Day; a woman would call her “Abd” or slave.

According to Mojo, a Black Saudi Arabian blogger who writes in his posting “What Is Worse: To Be Called a ‘Nigger’ or a “Slave’?“:

Describing what life was like growing up in Saudia Arabia as a Black person, Mojo adds:

How did Saudi kids feel about world cultures? All cultures were a source of mockery. They mocked everyone from Africa to Asia for the way they dressed, the food they ate and how they acted. “Hey you ——- ” (insert nationality) was used for insult.

A conversation with a Saudi person rarely passed without him reminding you that you’re of such nationality. In their reality everyone is sh*t and their sh*t don’t stank.

As the Saudis have always said, “Raise your head up, you are Saudi. The others are inferior and you are superior – ارفع راسك أنت سعودي، غيرك ينقص و أنت تزود”. You can imagine what it’s like growing up in a place like this.

In this climate, al-Hawsawi was insulted, but rather than taking the insult lying down, she took the woman to court on the basis that racism is a criminal offense in Saudi Arabia.

Al-Hawsawi eventually dropped the charges against the woman, after she apologized for the offense. Now, the pair are described as “good friends.”

Her ordeal would end up making national headlines, and she would use the incident as a platform to not only raise awareness about racism but also tackle the contentious issues of domestic violence and marriage equality. 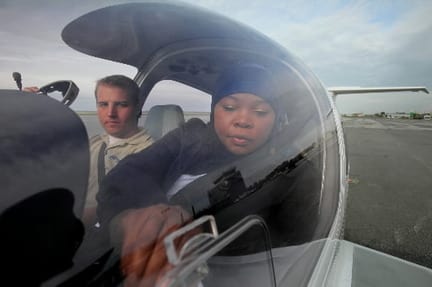 Al-Hawsawi is a controversial figure in Saudi Arabia: while her marriage to a White American already raises eyebrows, the fact that she is also a certified pilot has caused many in her country who identify as far-right conservatives to target her on her robust Twitter account, where she has nearly 50,000 followers.

“They say women shouldn’t have jobs, so to see a woman who can’t just drive a car but has a pilot’s license is unacceptable. And they don’t like that my message resonates with a lot of followers.”

Just as with most trolls, al-Hawsai’s are relentless.

The deluge of racist abuse that came at the end of December was just the latest flurry in a long campaign. The trolls have had al-Hawsawi in their sights for years. They send her pictures of gorillas, grotesquely photoshopped African tribespeople….

Al-Hawsawi adds, “They didn’t like my tweets about marriage, equality, and unity. 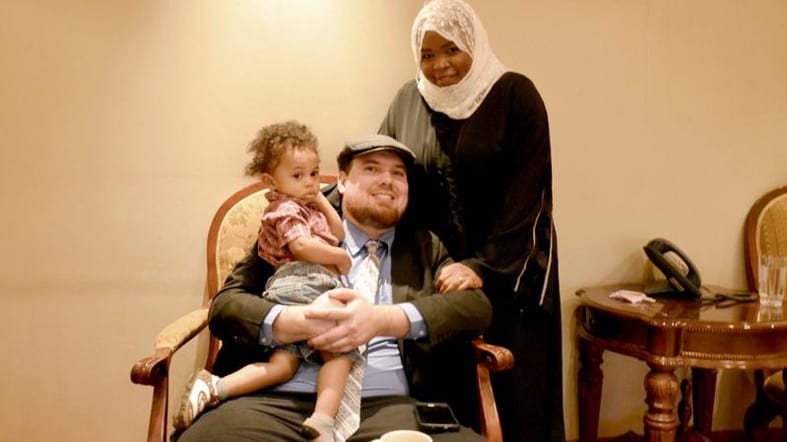 “They started a campaign publishing a picture of my husband and children and asked others to retweet it.

“It was very shocking.”

While one can never truly get accustomed to such jarring treatment, al-Hawsawi draws strength from her forebears.

You don’t fight hate with hate. You can light a candle and stay positive. It just makes you stronger