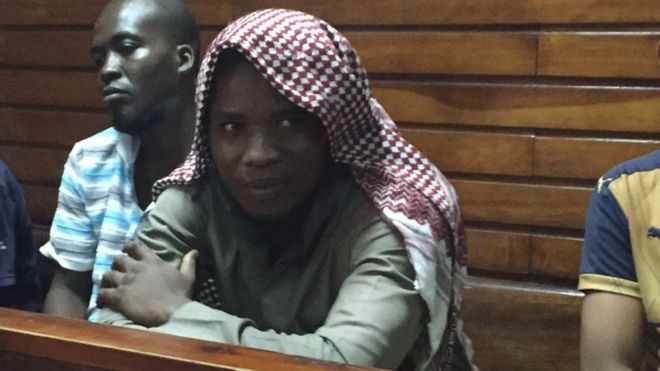 While Mohamed was acquitted of two counts of recruiting members for Islamic terrorist group Al-Shabaab — even though prosecutors argued that he promoted extreme “jihadism” at his local mosque by teaching fighting techniques — Mombasa Principal Magistrate Diana Mochache found that between January 8, 2013, and June 19, 2015, Mohamed, who was formerly a Christian named Samuel Wanjala Wabwile,  worked to inculcate his radical Islamic beliefs on the schoolchildren he taught.

In fact, at one point, the school administration was forced to counsel students during Mohamed’s tenure, after pupils who identified with Islam were found bullying their Christian peers.

During the trial, six students testified against Mohamed who was expelled in 2011 from Maseno University, where he pursued a Bachelor’s of Arts in Political Science and IT.

While Mohamed maintained throughout the trial that he was innocent and that teachers had turned his students against him, the Magistrate concluded that he was the one to lie about his efforts of taking advantage of youth for his own ends.

“The accused took advantage of the poverty rate in the region by offering the children some food, using it as a bait to trap them, most children walked bare feet and their uniforms were tattered,” Magistrate Mochache said.

During the sentencing, the Magistrate also said she paid close attention to Mohamed’s disposition, which vacillated between smiling throughout the children’s testimonies and then becoming crestfallen when a document examiner took the witness stand.

Mohamed’s bizarre behavior caused the Magistrate to conclude that Mohamed is a “wolf in the sheep’s clothing.”

Of all of the children’s testimonies, only one child “spoke positively” about the teacher; however, the Magistrate said that the child clearly withheld information from the court and appeared radicalized.

Ultimately, Magistrate Mochache concluded, “The accused person deserves no mercy, he needs protection from himself, he has already sold his soul to the devil and was on the process of selling others [souls].”