This article has been edited and was first published on June 07, 2017.

Local South African channel Mzansi Magic has given a new twist to the meaning of reality TV, with a reality series which follows the life of businessman Musa Mseleku, his four wives and 10 children.

The show titled Uthando NeSthembu, which translates to “Love and Polygamy” is filmed in the Mseleku family’s rural homestead near Durban, in KwaZulu-Natal’s south coast. According to the BBC, the four wives each have their own house but share the land.

Mseleku, 43, a property developer and logistics manager says he hopes the show would help to change some of the common long-held stereotypes about polygamy.

“One of the biggest misconceptions [about] polygamous lifestyles is that it is a culture which seeks to oppress women,” Mr Mseleku told the BBC Trending. “That’s one of the reasons we wanted to do the show, to allow people to see that it’s not like that in our case. I want to show men that you can be in a polygamous relationship and also be a considerate husband.”

“We have made a huge sacrifice as a family to allow cameras into our home but we are hoping that this will contribute to nation building by opening our doors and lives in the hope that viewers will get to witness our lifestyle,” he is also quoted as saying by the Sowetan. 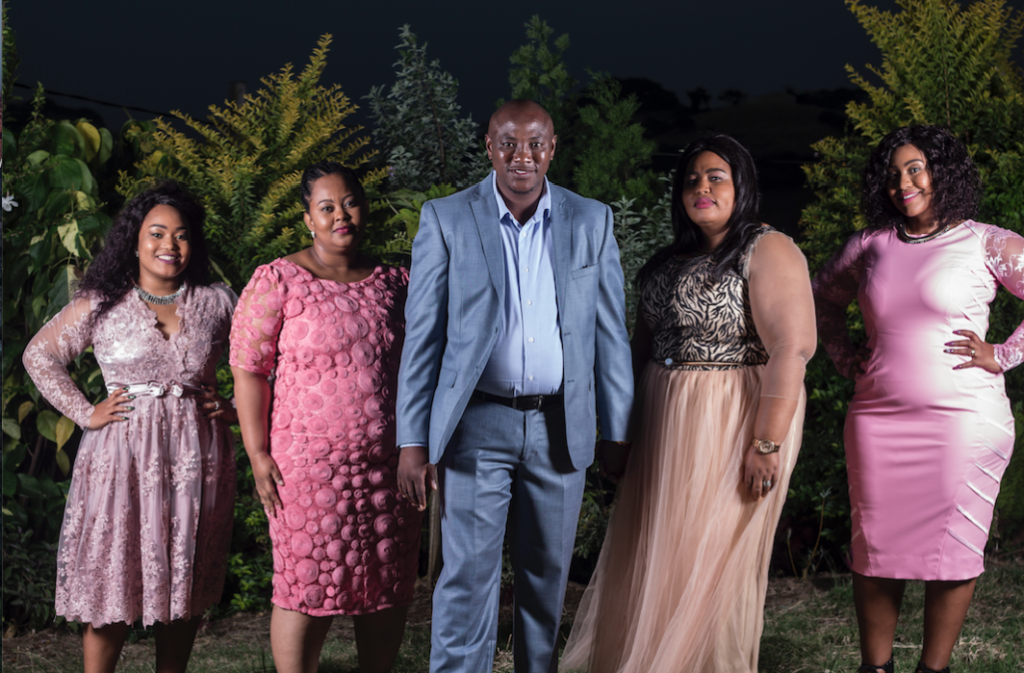 Like any average family, the show covers the daily routine in the lives of the Mselekus, including the children doing their homework and other household chores, parenting duties and the wives spending time with their husband. The show also doesn’t shy away from uncovering the occasional tension that comes up within any family unit which can even be amplified in a polygamous setting.

“Our biggest source of conflict is time,” says Thobile, Musa’s fourth wife told the BBC. “It can be frustrating if we’re all going to go out together and one is ready and you have to wait for one of the other wives.”

“I try to make sure that I divide my time equally between the women and my children,” Mseleku explained.

The other wives also speak about the unique challenges that sharing the same partner in a polygamous union brings.

“When he comes to my house he is my husband. He knows to leave the polygamy at the door and just be my husband,” the first wife Mamkhulu, told the ENCA in an interview.

And MaYeni, the second wife, admits that polygamy is not for everyone, adding that she would hesitate to recommend it to her own children.

But aside the occasional domestic squabbles, the show reveals that members of the Mseluku family have learnt to co-exist in near perfect harmony with the wives maintaining a loving and respectful relationship with one another.

Until the coming of the colonial governments, polygamy was common in traditional African societies in South Africa and many other countries on the continent. But as Ndela Ntshangase, a lecturer in the school of Zulu studies at the University of KwaZulu-Natal explains, it began to wane considerably when white missionaries preached that conversion to Christianity entailed divorcing one’s “extra” wives.