The Film Society of Lincoln Center and African Film Festival Inc. have released the lineup for the 24th New York African Film Festival, which will take place between May 3rd and May 9th at Lehman College, Maysles Cinema, and the Brooklyn Academy of Music (BAM) in New York.

This year’s festival, whose theme is “The People’s Revolution,” is intended to add impetus to the growing wave of protest and calls for reform that is being championed by a new generation of artists throughout Africa and other parts of the world.

The festival will present 25 feature-length films and 36 short films — all of which are celebrated films from 25 countries from Africa and abroad. 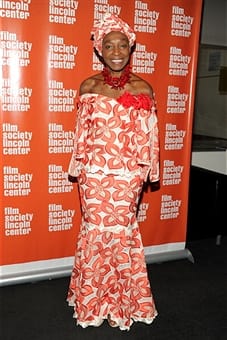 Speaking to Face2Face Africa in a recent interview, the Founder and Executive Director of African Film Festival Inc. Mahen Bonetti said she started the festival in order to allow Africans to tell their own stories and offer the world the real African perspective as opposed to having some voice-over that is controlled by others.

“The goal of the festival is to help us to find ourselves again and to revisit many things that can jog our memory of who we are,” Bonetti said.

“Yes, we can take a look at certain wrongs and be critical of our part in them, but we also must celebrate our contributions.”

She says this year’s festival is special because it happens at a time when the world is facing some major social, political, and economic problems, including terrorism, racism, and separatism.

Therefore, Bonetti hopes the seven-day event will bring people together and empower them to bring about the change they want to see.

Nigerian film director Akin Omotoso is expected to kick off the festival with his award-winning film “Vaya,” which won the Special Jury Prize for Outstanding Film at the 2016 African International Film Festival (AFRIFF) and took the Best Screenplay Award at the Africa Magic Viewer’s Choice Award in 2017.

Other films expected to feature in this year’s festival include Ethiopia’s “Ewir Amora Kelabi,” Tunisia’s “Zizou,” and South Africa’s “Kalushi and “Uprize.”

Here is the full lineup for the festival:

Bonetti further promises all attendees of this year’s festival a spiritual experience that will revitalize as well as educate them on many issues. She adds that the films are a catalyst to spark a larger discussion about Africa.

“I get goosebumps sometimes when I hear the conversations and exchanges after a film,” Bonetti reveals.