The Nigerian government has called on its citizens to put a hold on all travel and immigration plans to the United States for the time being.

After several Nigerians with valid visas were denied entry in to the United States, Nigeria has advised it citizens against non-urgent travel, according to the BBC.

A statement issued by Special Adviser to the President on Foreign Affairs Abike Dabiri-Erewa said her office had received multiple reports of visa cancellations and the harassment of Nigerian travelers by U.S. immigration officials.

“In the last few weeks, the office has received a few cases of Nigerians with valid multiple-entry U.S. visas being denied entry and sent back to the Nigeria.

“In such cases reported to the office, such affected persons were sent back immediately on the next available flight and their visas were canceled,” Dabiri-Erewa said.

Dabiri-Erewa added that “no reasons were given for the decision by the U.S. immigration authorities.”

She urged those without “any compelling or essential reasons to visit the U.S. to consider rescheduling their trip until there is clarity on the new immigration policy.”

Underscoring this reality, Face2Face Africa recently detailed the ordeal of a Nigerian software engineer who — on arriving in the United States — was forced to take a bogus test at the airport by U.S. immigration officials to prove his qualifications.

The travel advisory from Nigerian authorities is coming in the wake of widespread uncertainty generated by U.S. President Donald Trump‘s campaign promises to tighten U.S. immigration requirements and clamp down on illegal immigrants. 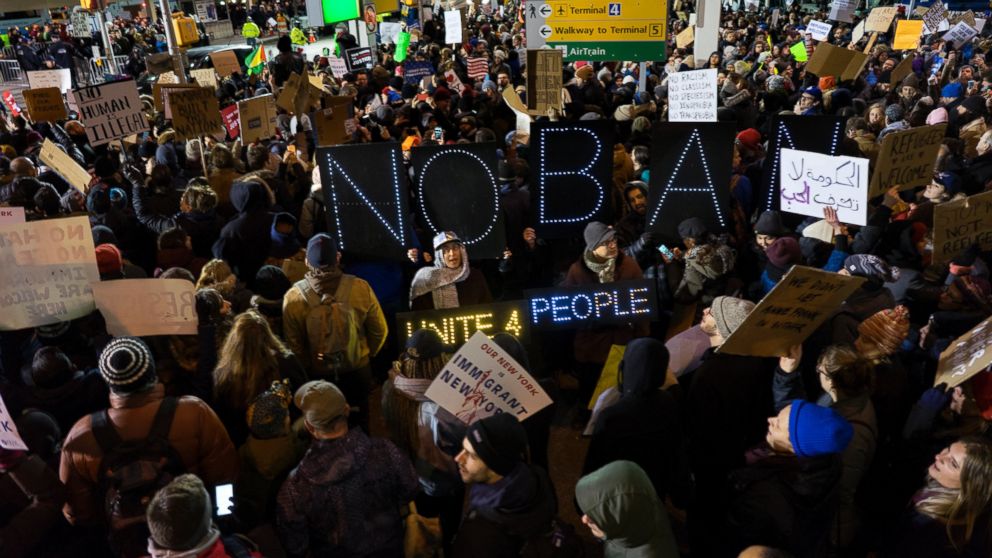 Nigeria, Africa’s most populous country, is however not one of the six countries affected by Trump’s new executive order barring travel and immigration.

Trump’s previous order included Iraq in addition to the six other countries listed above. It banned entry for immigrants, including green card holders from all seven countries. It also placed a blanket ban on Syrian refugees while giving an immigration entry preference to Christians and other religious minorities from those countries.

Critics described the executive order as unconstitutional and a negation of American values and equal rights.

It was eventually blocked by a Federal Court ruling, after sparking mass protests and creating chaos at airports and other immigrant entry points:

Trump’s newly signed executive order goes in to effect on 16 March, giving just enough time for travelers to cancel or suspend all travel arrangements to the United States.