Tanzanian President John Pombe Magufuli has ordered the seizure of passports belonging to foreign employees of an Indian company working on a water project in Lindi town, southern Tanzania.

In a statement issued by his office on Friday, President Magufuli accused the head of Overseas Infrastructure Alliance (India) Pvt Ltd., Rajendra Kumar, and his assistants of taking too long to complete its $13 million water project. 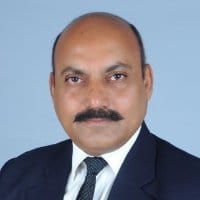 The President further warned that if the project, which was expected to be finished in March 2015, is not completed within the next four months, he will take more stringent measures against those supervising the construction work, according to Live Mint.

“The President has ordered that the passport of Rajendra Kumar should be seized along with the travel documents of his assistants until they complete the water project,” the statement reads.

President Magifuli appears to have been angered by what seems to be a trend by foreign infrastructure companies to drag their feet in completing important projects in Africa.

Many of these companies have been accused of conniving with local contractors to deliberately push completion dates forward in order to demand additional funds.

Other companies are deviously awarded mega projects despite their apparent lack of experience to effectively handle such assignments.

Consequently, they end up doing a shoddy job or fail to complete the projects, forcing the respective governments to spend more money hiring other contractors.

Although the Tanzanian President has been lauded both locally and internationally for his unforgiving fight against corruption, his critics have nicknamed him the “Bulldozer,” accusing him of pushing through government policies without following due process.

Others accuse him of practicing authoritarian rule, undermining democracy by curbing political freedom, and clamping down on voices of dissent.

Just a few months after assuming office, President Magufuli stopped the live broadcast of parliamentary proceedings, stating that the government could no longer afford it.

He also went on to ban all political rallies until 2020, saying it is time to work. The no-nonsense President has also shown a growing desire to restrict the use of social media in Tanzania.

Therefore, the country’s opposition and human rights organizations have accused his government of censorship, insisting that the right to information is guaranteed under the Tanzanian constitution.