Nigeria’s first lady mechanic, Sandra Aguebor, has been fixing cars for 32 years and has been running her own garage for 22 years, effectively challenging stereotypes that limit women and minority groups to low-paying jobs. She is the founder and CEO of Lady Mechanic Initiative (LMI), an NGO she started in 2004 to train vulnerable women on how to repair cars and become financially independent. According to the NGO, many of the trainees come from disadvantaged backgrounds, including those failed by the education system, trafficked or working as sex slaves, single parents, child-labor victims, and others stigmatized by cultural, religious, and gender biases.

Aguebor was born in Benin City, Nigeria, where she quickly gained a fascination for motors and engines by the time she was a teenager. According to Al Jazeera, her mother did everything in her power to discourage her from following her dreams, even going as far as beating her when she found her tinkering with with car parts instead of doing chores.

Despite her mother’s best efforts, Aguebor graduated from university with a mechanical engineering degree and worked with the Nigeria Railway Corporation for several years, before launching her own auto-garage called Sandex Car Care. 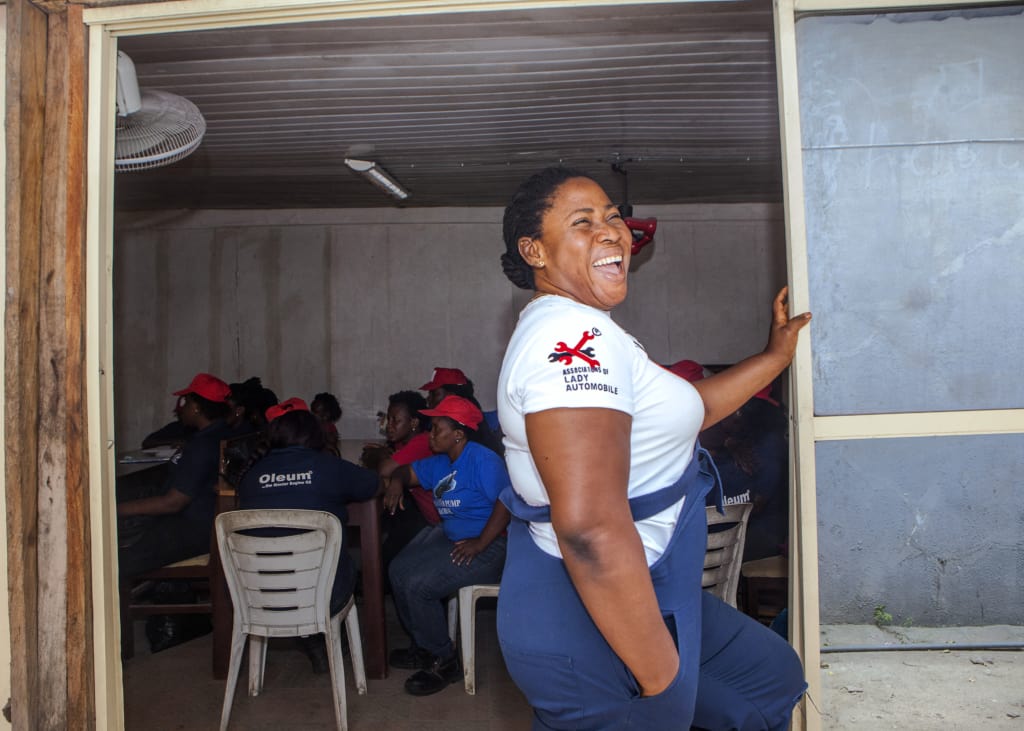 Sandra Aguebor is the first female mechanic in Nigeria and the founder of the Lady Mechanic Initiative, an organization that teaches women from diverse backgrounds how to fix cars and become financially independent. Photo Credit: BellaNaija

In an interview with Al Jazeera, Aguebor expressed her joy in doing what people say she cannot do. “The constraints, the obstacles, the challenges that could have driven me back, they became my opportunity. The future looks bright,” she said.

More than 700 women have graduated from LMI’s three-and-a-half year course and  many have gone on to start their own garages. 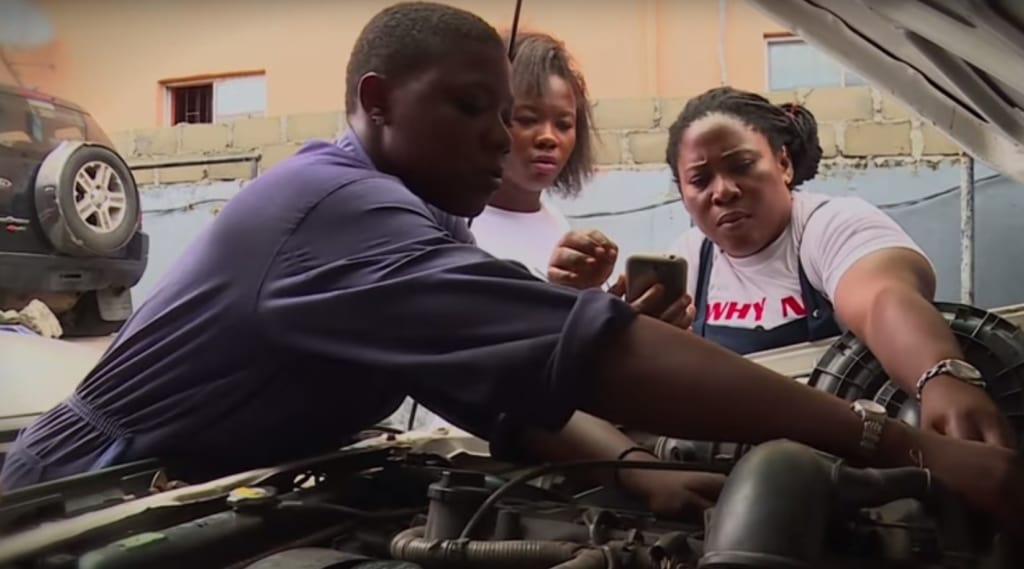 Sandra Aguebor trains girls as part of her NGO programs.

Aguebor, who is not one to dream small, wants “to liberate, mentor and transform one hundred thousand girls into role models and agents of change in communities across Africa by the year 2025, through sustained innovative approaches to skill impartation and a healthy mental guidance,” according to LMI’s vision statement.

“Our clients keep coming back. They prefer us because we are determined to be better than a lot of mechanics who take their job and their salary for granted,” she explained to Al Jazeera.