Njorku.com is one of Africa’s biggest job search engines. It is not just another job board or a job hosting website, but “the Google of job searches” on the African continent.

Churchill Nanje, 30, a software engineer from Cameroun, founded Njorku five years ago in his bedroom to bridge the gap and connect job seekers with available job placements on the African continent.

According to the Guardian, Nanje built Njorku, which means elephant or giant creature in many Bantu languages spoken across Africa, to serve as an all-purpose search engine for jobs seekers on the continent.

“We wanted to build a tool that is as big as an elephant that is the inspiration behind the name and logo. Basically, we are like a Google search engine for jobs in Africa.

“Recently we saw a lot of traffic from Sudan, like 500 users daily. I don’t even know how they got to us,” Nanje says.

The success of Njorku is built upon its team of dynamic home grown software developers, business professionals, and HR experts.

In an interview with Ventures Africa, Nanje said, “We are constantly researching, developing, and introducing new solutions on a periodic basis coupled with our diverse backgrounds. We understand that such solution[s] are alive, which means they have to be on constant development.” 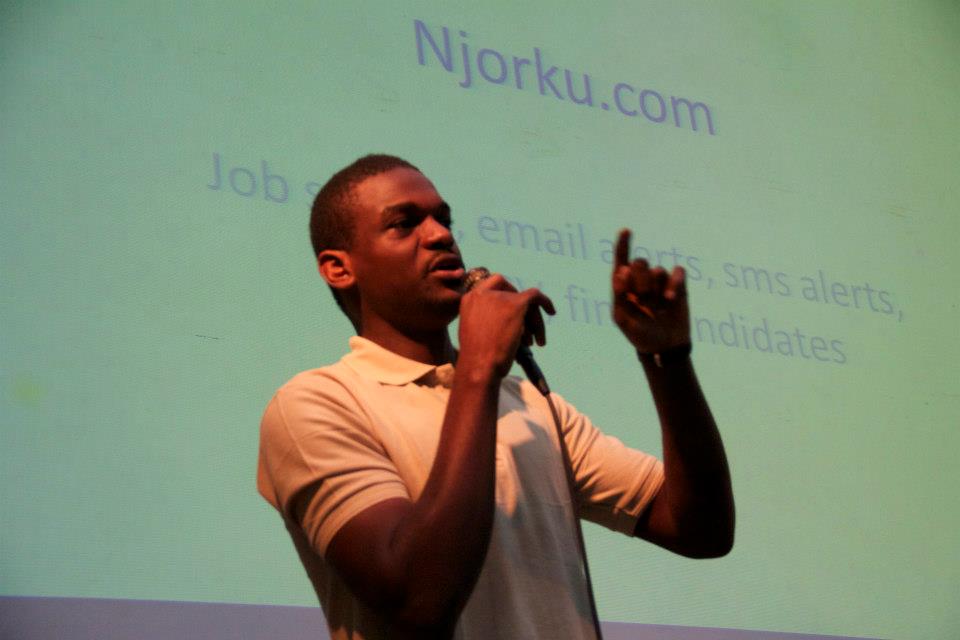 In his teenage years, Nanje was something of a local IT prodigy. He says his love affair with information technology started immediately after his secondary education. He taught himself to code as a teenager by hanging around the cyber cafes in his home town of Buea in southwest Cameroun until the owners gave him free access.

In 2006, at the age of 20, Nanje founded his first tech company called “Afrovision.” It was a profitable IT consultancy firm that had more than 10 direct employees. However, Nanje says he has had to put the consulting work aside to focus more on Njorku, which has grown to serve more than 2 million unique users across 11 African countries.

With the company’s crawlers, it has plans to cover as much of Africa as it can in the coming years.

And in his few spare moments, Nanje has taken to mentoring young people from the next generation; he says he hopes he can guide as many of them toward becoming the next creators of IT opportunities on the continent.