Pakistani girls’ and women’s rights activist Malala Yousafzai has made her second trip to Kenya, this time on the occasion of her 19th birthday. Born on July 12, Malala spent yesterday visiting the world’s largest refugee camp in Dadaab, Kenya. Through her visit, Malala seeks to highlight the plight of refugees in the Dadaab camp even as the Kenyan government plans to shut down the camp after more than 25 years of existence.

Located in Dadaab, a semi-arid town in eastern Kenya’s Garissa County, the refugee camp is home to more than 300,000 refugees of mostly Somali origin. The camp was constructed in 1992 and is currently run by the United Nations High Commission for Refugees (UNHCR). It sits along the Kenya-Somalia border; both governments signed agreements in 2013 for the repatriation of refugees at the camp.

Malala first visited Kenya two years ago on her very first trip to Africa. Her spokesperson Taylor Royle said that for about a year now, Malala has been in contact with a group of young girls in the Dadaab camp via Skype, and she was very excited to finally meet them and other refugees at the camp. 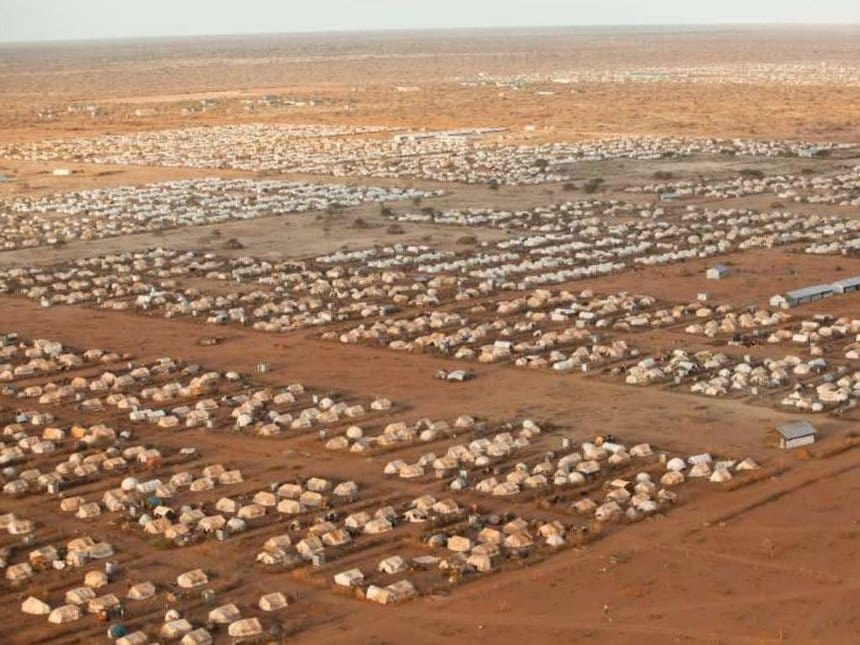 An aerial view of the sprawling Dadaab refugee camp complex in Garissa County along the Kenyan-Somali border. The Star (Kenya)

Kenya is however keen to shut down the Dadaab camp, which it considers an access point for the Islamist terror group al-Shabaab to infiltrate Kenya and undermine the work of counter-terrorism security operatives. In April 2015, at least 147 people – mostly students – were killed when al-Shabaab militants attacked the Garissa University in Kenya. The camp is expected to be closed in 2017.

Malala became a global icon of women’s and children’s rights after she was shot on her school bus in October 2014 as she made her way to school in defiance of the Taliban’s orders against girls’ basic right to education. Malala, along with her father Ziauddin, is a co-founder of the Malala Fund, which aims to give a voice to the girl child and ensure that every girl has access to 12 years of free, safe, quality primary and secondary education. The fund has programs in Pakistan, Nigeria, Kenya, and Sierra Leone. Malala’s courageous efforts made her the youngest recipient of the Nobel Peace Prize, which she won in 2014.

While in Kenya, Malala is expected to advocate for the rights of the refugees at the Dadaab camp, all of whom are scheduled to return home to a Somalia still overwhelmed by the destruction occasioned by years of fighting and the belligerence of the terror group al-Shaabab. Kenyan leaders continue to maintain that when done, the repatriations would be carried out in a humane way.