This article was orginally published on www.archetypeme.com. 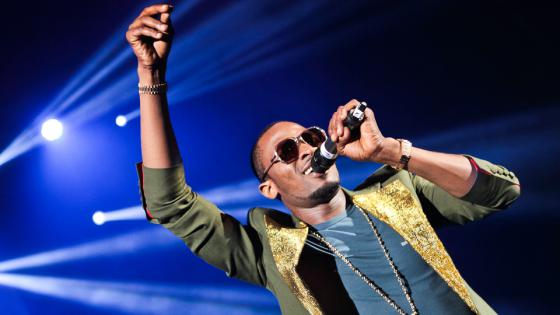 The Broadway hit musical Fela!, which traces the rise of the musician Fela Kuti through the 1970s, sparked a major interest in African rhythms. Over the past 30 years, Nigeria’s modern-music scene has only grown more diverse and powerful. Today it redefines Africa’s creative landscape, bolstered by an organized hit-making structure, global distribution, and a new generation of artists. Nigerian musicians like D’Banj and Wale are signing with American labels, selling through Amazon and iTunes, and gaining seven-figure online video views. As a producer and DJ who has programmed African music over the past decade, I put together a sampling of the most resonant tracks of Nigeria’s new-era musicians.

P-Square: “Chop My Money”
Nigeria’s most-recognized group, P Square consists of the brothers Peter and Paul Okoye, who broke out with their ballad “No One Like U” in 2007. This was followed by dance chant, “E No Easy,” and the catchy “Chop My Money,” which was remixed in 2012 with Akon, the Senegalese-American rapper.

Femi Kuti: “Beng, Beng, Beng”
Femi Kuti was born in London but grew up in Lagos, following in the footsteps of his father, Fela Kuti. Growing up, he played in his father’s band, ultimately forming a group of his own, The Positive Force. Clearly Kuti has inherited his father’s genius for Afrobeat and penchant for catchy songs that tackle social-justice issues. He has collaborated with many American musicians and next year kicks off a major US tour.

J Martins: “Jupka,” Featuring Fally Ipupa
After the success of “Good or Bad (Owey)” J Martins, the son of a choir mistress, partnered with Congolese showman Fally Ipupa. Martins sings in English, pidgin, French, and Lingala, but is also a well-known producer in his own right.

Flavour: “NWA Baby” Ashawo Remix
At 28, Flavour, the stage name of Chinedu Okoli, is one of the elder young stars of the Nigerian scene. Fluent in Igbo, Flavour is best known for his anthemic remix of 1960s musician Rex Lawson’s “Sawale,” which is ubiquitous at African parties throughout the world.

D’Banj: “Igwe”
MTV Africa’s 2009 artist of the year, D’Banj was a huge hit in Nigeria even before he collaborated with Snoop Dogg and signed to Kanye West’s G.O.O.D. Music. His biggest hit internationally is “Oliver Twist,” but I’m a fan of his pre-“made for America” songs like this one, called “Igwe”:

Timaya: “Plantain Boy”
Timaya is one of Nigeria’s biggest stars, and his songs often carry a positive message. This one references his childhood, growing up in the markets of southern Nigeria hawking plantains:

Afrikan Boy: “Border Business”
Establishing Nigerian roots in underground hip-hop, grime, and new wave, Afrikan Boy, who lives in London, has toured with M.I.A. and opened for Björk and Prince. In 2011, he released What Took You So Long?, a mixtape that includes this single:

Wale: “My Sweetie”
Wale, who was born in Washington, DC, to Nigerian parents, mixes DC genres like go-go, a more aggressive disco, with traditional Afrobeat. He has been signed three times— first on Mark Ronson’s Allido Records, then on Interscope, and most recently on Rick Ross’s Maybach Music Group. This track, however, is from his first album, Attention Deficit. It's a tribute to
the music of his parents, a remix of Bunny Mack's "Let me love you."