Olaudah Equiano, born in 1745 in the Igbo region of Nigeria, was enslaved as a child and transported to South Carolina. In 1789 he penned his autobiography, The Interesting Narrative of the Life Of Olaudah Equiano, which led to the formulation of The Slave Trade Act, 1807.

The act was instrumental in abolishing the Transatlantic Slave Trade in Britain and its settlements.

Equiano, a writer, wholesaler and abolitionist, was a member of the Sons of Africa, an abolitionist group that consisted of Africans living in Britain after their release from slavery. 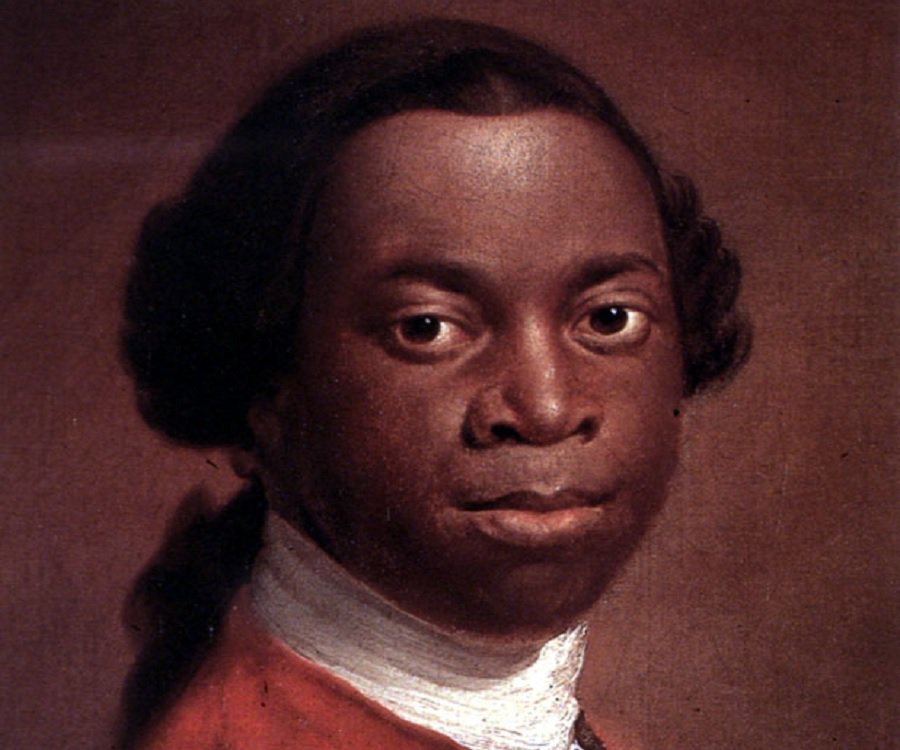 Equiano, who was renamed Gustavus Vassa, was born in the Southeastern part of modern-day Nigeria. As a child, he was left with his sister at home to care for their household.  As their village was raided, Equiano and his sister were kidnapped, separated and sold into slavery.

They had already survived a previous kidnapping attempt, which was foiled by the village elders.

After being traded between enslavers, Equiano met his sister once more but again, they were separated.  Equiano was grouped with other slaves and sent to Barbados.  He was then transported to Virginia.

In 1754, Equiano was sold to a Lieutenant in the Royal Army named Michael Pascal.  Although he was named Michael while on the slave ship, and then Jacob by his first owner, Equiano was again renamed by Lieutenant Pascal as Gustavus Vassa – after Gustav I of Sweden. Gustav was a nobleman, who became king of Sweden in the 1500s.

Protesting his third name change, he was punished until he submitted. He, however, used his birth name in his autobiography.

As Pascal fought in the Seven Years’ War, Equiano was subsequently trained in Great Britain as a seaman and learned to read and write under the ownership of Pascal’s sister-in-law.

On February 9, 1759, Equiano converted to Christianity and was later baptized as a protestant.

Pascal later sold Equiano to Captain James Doran, who took him to the Caribbean island of Montserrat.  While there, he was sold again to Robert King, an American Quaker who lived in Philadelphia but traded in the Caribbean.

Under King’s ownership, Equiano was given opportunities to trade and sell fruits, glass tumblers and other items. He also honed his reading and writing skills. Equiano was eventually able to buy his freedom in 1767. He left the British colonies when he was almost sold back into slavery.

Around 1768, Equiano relocated to England, where he worked at sea as a deckhand.  He was also recruited to assist in selecting and managing slaves to work on sugar cane plantations in Central America.  Equiano used this time to travel, join debating societies and learn how to play the French horn.

In 1780, he settled in England and joined the abolitionist movement.  He was encouraged to share the accounts of his life as a slave, with financial backing from other abolitionists and prominent religious figures of that time.

This was the first book written by an African author widely embraced in England.  He described his childhood in Nigeria and the places he traveled to as a slave.  He also highlighted the inhumaneness of slavery.

In 1774, Equiano was severely distressed when his friend John Annis was captured and sent to Saint Kitts. Annis suffered as a slave until his death.  This incident went against the Somerset Case of 1772.

Despite his struggles with bouts of doubt in his Christian faith and thoughts of suicide, Equiano used his experiences and freedom to fight on the behalf of other enslaved Africans. He used his leverage to travel and lecture about ending slavery, promoting his book and working extensively in Sierra Leone– during its emergence as the colony founded for former slaves in 1792.  He assisted in helping freed persons resettle London’s black poor in Freetown.

In the 1780s, Equiano married an English woman and they had two daughters.

Equiano died on March 31, 1797, in London, England.  In the will drafted one year prior to his death, he instructed that monies left behind be given to Sierra Leone Company to continue helping West Africans and to the London Missionary Society.

Equiano’s life experiences have been seen in adaptations such as the film Amazing Grace, the play African Snow, and the stage play, An African Cargo.