The Second World War was a global conflict that can never be forgotten. Over 40 million people were recorded to have died in the war, making it the bloodiest war ever.

The war was essentially between the Axis powers (Germany, Italy and Japan) on one side and the Allies (Great Britain, France, the United States, Soviet Union and perhaps China) on the other. The conflict started as a result of Germany’s invasion of Poland, but it was also an era of uneasy relationships among Great Powers in Europe.

Even though Africa was not the main theatre of war, Africans were soon drafted into the war by proxy and by direct recruitments through volunteering and conscription of able-bodied men, especially on the allied side in Europe.

France became a major recruiter of Africans and one particular group that contributed in no small measure to this cause were the Senegalais Tirailleurs (Senegalese Sharpshooters or riflemen). 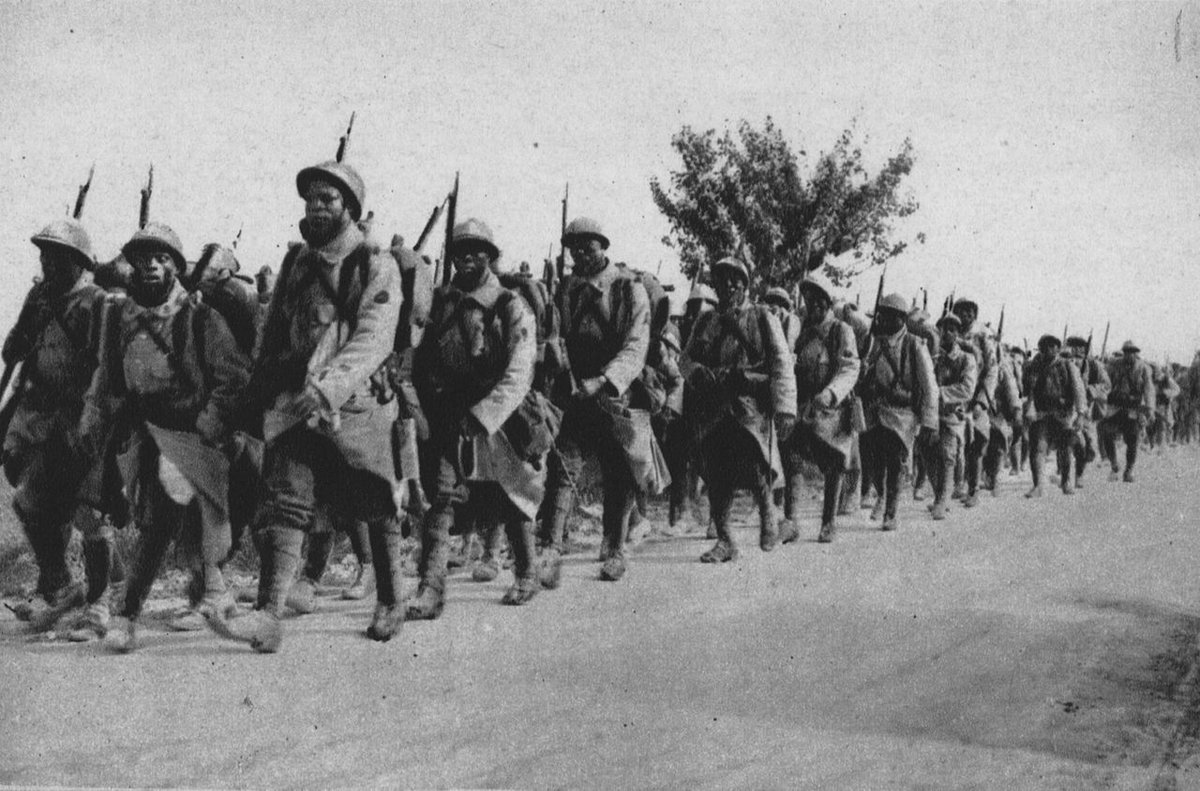 The Senegalais Tirailleurs were a corps of colonial infantry in the French army. They were called Senegalese because they were initially recruited from Senegal. However, the recruitment spread to other parts of West Africa namely Mali, Burkina Faso, Gabon, Guinea, Togo, Chad, and Benin.

They not only fought in the First World War but also helped the French troops to control colonialised territories prior to the war. They served with distinction in the Battle of France as well as in Italy and Corsica. After the Liberation of France from the terror unleashed on her by Adolf Hitler’s Germany and the axis forces, the Tirailleurs were sent home.

Their hopes were dashed as some of them would never see their families again. Others ended up in jail. It should be noted that a lot of these Tirailleurs shed their blood in both World Wars with deaths of over 55,000 Senegalese sharpshooters. Some rotted at German cells, while others were captured and their bodies mutilated. 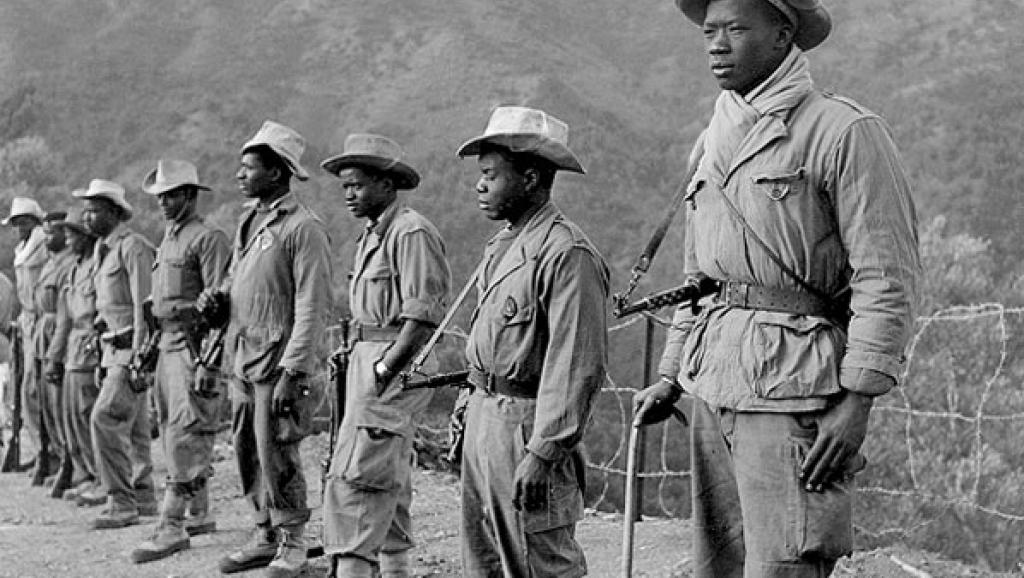 The bone of contention was the purported demonstration held by the Tirailleurs once they returned back to Africa. They challenged the French government for offering them pittance in service pay, salary arrears and demobilisation allowance while their French counterparts were handsomely compensated.

To make their voices heard, they took General Damian, a top French General hostage. It was a great mistake.

On December 1, 1944, the battalion of Saint-Louis stormed the camp without warning and massacred the Tirailleurs without mercy. The official record of deaths indicated that at least 35 soldiers died and at least 35 others wounded but research indicates that over 300 war veterans were murdered in cold blood, if not more.

Reports released by some of the French forces revealed damning verdicts about the activities of the tirailleurs, a situation which warranted these killings. They accused the war heroes of being heavily armed German spies. For them, it was a case of defeating a military mutiny.

However, in a recent research, Mrs Armelle Mabon, a French historian and a lecturer at the University of Southern Brittany and specialist in prisoner of war from the French ex-colonies, noted that “there is no evidence of armed mutiny; although there were records of the Tirailleurs protesting and expressing their anger over some terms, but there was no organised violence”.

This event had far-reaching effects in Senegal and attracted condemnation from African nationalists.

It was also the subject of Senegalese filmmaker Sembene Ousmane’s fiction in 1988, which was banned for several years.

The French government through former President Francois Hollande officially recognised the outrage, even though he didn’t mention France’s responsibility for it. In 2017, France granted the soldiers, most aged 78 years and above, citizenship, with President Hollande saying the country owes them a ‘debt of blood‘. 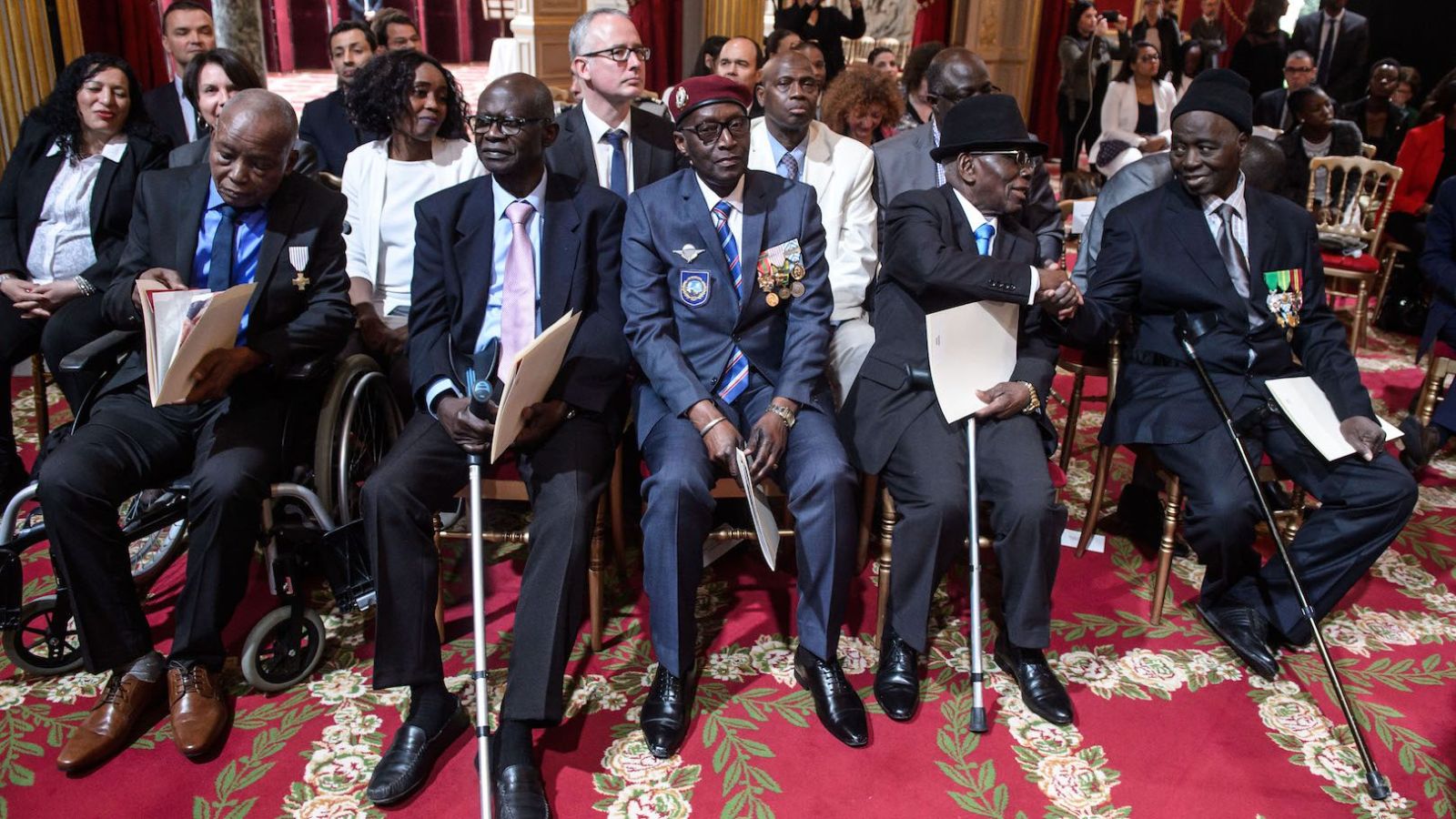 Veterans who had fought for France in the World War. Photo: EPA/Christophe PetitThey even offered the war veterans pensions but what the heroes and the people of Senegal deserved is the truth about the saga, if this would ever be allowed to come out.